OMAHA (DTN) -- The Trump administration on Thursday continued with a string of deregulatory decisions over the past week as the U.S. Fish and Wildlife Service announced it would "delist" gray wolfs from the Endangered Species Act, turning authority over to states to manage gray wolf populations.

With the presidential election next Tuesday, federal agencies this week have released several rules supported by farmers, ranchers, agribusinesses such as chemical companies, and the logging industry. Cabinet members traveled to swing states such as Minnesota, Georgia, Florida and North Carolina to make their announcements.

U.S. Interior Secretary David Bernhardt traveled to a wildlife refuge near Bloomington, Minnesota, on Thursday to announce the decision on the gray wolf, removing it from the Endangered Species Act list in the lower 48 states after 45 years. (Wolves are not found in Hawaii, and they were never considered endangered in Alaska). State and tribal natural resource and wildlife agencies will now oversee gray wolfs and potentially open them up to hunting and trapping.

"Today's action reflects the Trump administration's continued commitment to species conservation based on the parameters of the law and the best scientific and commercial data available," said Secretary Bernhardt. "After more than 45 years as a listed species, the gray wolf has exceeded all conservation goals for recovery. Today's announcement simply reflects the determination that this species is neither a threatened nor endangered species based on the specific factors Congress has laid out in the law."

The Minneapolis Star-Tribune asked Bernhardt about the timing of the announcement just days before the presidential election. "We announce things when they get done," Bernhardt said. https://www.startribune.com/…

The announcement drew bipartisan praise, as well as support from an array of state and national agricultural groups, including the Minnesota Farm Bureau and Farmers Union, the National Cattlemen's Beef Association, the Sheep Industry Association and the American Farm Bureau Federation.

"This is an Endangered Species Act success story," said American Farm Bureau Federation President Zippy Duvall. "The gray wolf joins more than 50 other animals, including the bald eagle, as an example of how careful management and partnerships between federal and state agencies can result in the successful recovery of a once-threatened species. The gray wolf population is now thriving, so it is appropriate to turn management over to the states, which can oversee the species in a way that is most appropriate for each region."

House Agriculture Committee Chairman Collin Peterson, D-Minn., who had introduced a bill in Congress to delist the gray wolf, applauded the U.S. Fish and Wildlife Service for the rule.

"For years, I have called for this change on behalf of livestock owners and rural communities in Minnesota," Peterson said. "This final rule allows Minnesota to set rules and protections for gray wolves that are more responsive to the needs of local communities."

Also Thursday, as DTN's Todd Neeley reported (https://www.dtnpf.com/…), EPA finalized a new rule changing exclusion zones for pesticide applications. The new EPA rule rewrites a 2015 rule from the Obama administration. The old rule required farm workers to protect themselves from pesticides even after they left the farm, but the new rule removes those provisions. The old rule also required families to leave the immediate area when pesticides are being applied, but the new rule allows them to shelter in place. EPA stated the new rule provides farmers and their families more flexibility while still protecting workers.

EPA Administrator Andrew Wheeler made the pesticide announcement in North Carolina after visiting a Georgia cotton farm earlier this week to announce EPA had granted five-year registrations to two dicamba herbicides -- XtendiMax and Engenia -- as well as a re-registered dicamba herbicide, Tavium.

As DTN's Emily Unglesbee reported (https://www.dtnpf.com/…), EPA stated it had corrected labeling issues that led the Ninth Circuit Court of Appeals to vacate the registrations for XtendiMax, Engenia and FeXapan herbicides earlier this year. EPA set national cutoff dates for using the herbicides on soybeans and cotton. The agency also announced it would add new limits to states' ability to further restrict herbicides.

EPA's dicamba decisions drew praise from agricultural groups and criticism from environmentalists that had successfully taken EPA to court to ban the herbicides this past summer.

EPA highlighted Wheeler had visited farmers in North Carolina, Georgia and Florida -- all states considered "toss-ups" electorally -- along with GOP congressmen to announce the farm worker and dicamba registrations.

"This administration continues to show that the country can have both environmental progresses and economic growth at the same time," Wheeler said. "We will always listen to and be responsive to legitimate stakeholder concerns, whether they be from the agriculture and manufacturer communities or local community groups."

OPENING UP LOGGING IN ALASKA

In another move, the U.S. Forest Service, under Ag Secretary Sonny Perdue, announced on Wednesday it would open up a large chunk of the Tongass National Forest in Alaska to logging and other development. The new rule exempts the more than 9.4 million acres of the 16-million-acre forest from protections put in place under the "roadless rule" going back to 2001. The final rule will open up 188,000 acres of "old-growth timber" for logging, the rule stated in the Federal Register.

Alaska's governor and at least one U.S. senator had lobbied President Trump to exempt the state from the roadless rule. Yet all five of Alaska's native tribal nations withdrew from the agencies working on the rule earlier this month over disagreement on their input into the process. The Washington Post reported tribes that helped clear cut timber decades ago ended up suffering the consequences of several major landslides in the area that continue today.

Critics of the move also noted that USDA reports show much of the timber that already comes out of logging allowed in Tongass is exported to China. USDA has reported at times more than 90% of the lumber from Tongass goes to China.

Local officials in Alaska, who said the tourism industry had been decimated because of COVID-19, thanked the administration for the opportunity to help the regional economy but acknowledged the administration's decision may have gone too far, according to the Washington Post.

"It seems like the ball's being punted from one end to the other," the Post quoted Robert Venables, executive director of the Southeast Conference in Alaska, as saying. "The real disappointment here is a compromise could not be found that could create a more lasting peace." 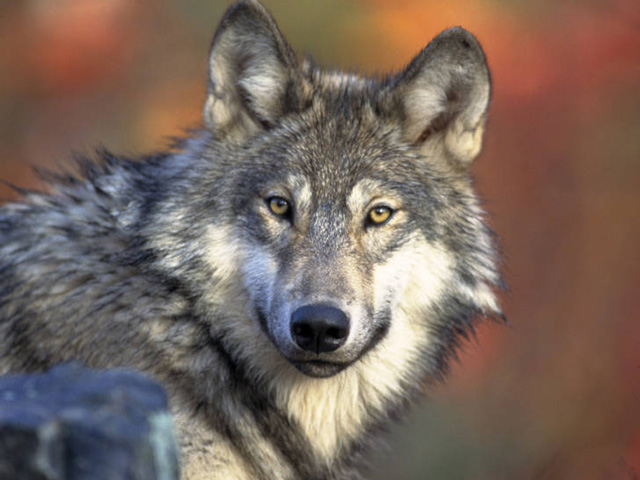