"The devil you know, is better than the devil you don't know," seems to cut a little deeper than usual when applied to the current cattle market. Realizing the market has been to hell and back already, things are most likely going to get worse before they get better.

If you had told me a year ago the cattle market would endure a packing plant fire (Holcomb, Kansas); a mass-disease outbreak that crippled economies across the globe; become accustomed to selling fat cattle for less than $1.00; endure packing plant restrictions that pressured the beef-supply chain like never before; and experience all-time record boxed beef prices -- I would have thought you had fallen completely off your rocker. Maybe one, possibly two of those things could happen, but surely not all of them in a year's time ... or so we naively thought until we met 2020.

The ever-changing causes and effects that have penetrated the market since COVID-19's debut have the cattle market playing ball on a new field -- never seen and never played at before. You see, it's in trying times like these we rely on basic principles like supply and demand, seasonal trends and import/export statistics to draw some conclusions.

I have had own fair share of "what-if" and "what-about" conversations, trying to muster up some sense. I've found my eyes pressed diligently in the works of the market-phenom himself, John Harrington. This past week I spent some time reading through his "When Hillary Goes Long" book, which led me to a stark realization -- I'll explain later.

In Harrington's book, he and his know-it-all relative banter back and forth about the perplexities of the world, which leads them to this conversation: "I'm no scientist," Harrington conceded, "but you don't have to be Einstein to know that assumptions are trickier to work with than fixed quantities. Sure, old Albert was clever enough in the physics classroom, but how long could he have kept a 10,000-head feedlot afloat?"

His relative then interjects, "What in the world are you talking about?"

"It's as simple as E=mc2," Harrington declared, smelling a kill. "Calculating energy is as easy as falling off a log. Just think about it: mass is a no-brainer for anyone with a bathroom scale, and the speed of light is a universe constant -- it never changes for Pete's sake! You probably think cattle math is no more complicated than country store arithmetic. The truth is that every market equation is jam-packed with variables as volatile as uranium. Why if you could use a constant like the speed of light to project my cost of gain, my note at the bank would be considerably smaller."

Variables as volatile as uranium may be the best way to describe this year's difficult cattle market. Unfortunately, the market may/will most likely become more suppressed and more volatile before better days are seen.

Fat cattle enthusiasts cringe at the notion that another round of COVID-19 could sweep through packing plants. They cringe at the rumors of what fat cattle are currently weighing and hope there is still some domestic beef demand in the hearts of consumers. Producers are accustomed to variables -- weather, exports, market demand, the price of corn -- but in today's current market environment there doesn't seem to be a stable factor in the whole mix.

And good heavens, let's not forget about the cow-calf producers. With a keen eye watching every move of the fat cattle market, producers become more and more worried about the upcoming feeder cattle market as fat cattle have dropped significantly since June 1. Heading into the first week of June, live cattle were selling for $108 to $120 and dressed cattle were selling for $174 to $190. Monday and Tuesday of this week, June 22 and 23, live cattle prices were ranging from $95 to $97, and thus far dressed cattle are trading from $153 to $155. In a matter of four weeks, live cattle prices have dropped $13 to $23 and dressed cattle prices have plunged $21 to $35 lower. Most cow-calf producers don't trade fat cattle, but the buyers who come and buy their calves often do. As they are financially strained from the exhaustion of the fat cattle market, buyers could be leery of feeder cattle this year.

Cattlemen of every sector have been challenged through 2020 and unfortunately will continue to be challenged as the variables that make up the industry aren't able to catch a break. It's a lot more fun to share bullish news, drink and be merry, but part of weathering the storm is knowing that it's coming and not being caught off guard. Cattlemen, sharpen your pencils, diversify if possible and know that this year's run isn't a sprint, but rather a marathon. In order to weather this storm, we will have to learn how to wrestle with the daily challenges and continue to keep the end goal in sight while not losing hope. 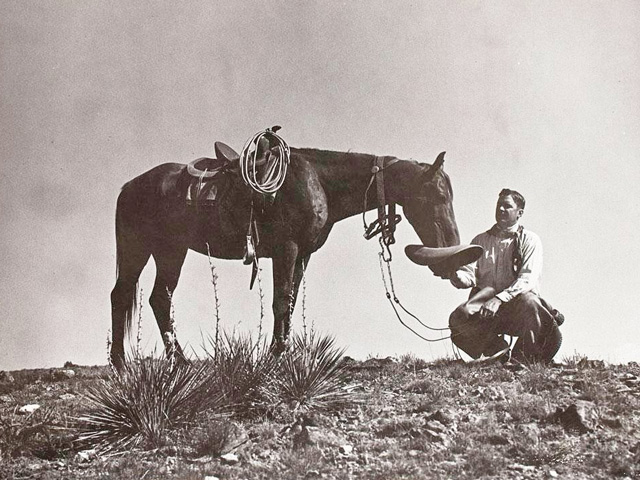