GLENWOOD, Iowa (DTN) -- Minnesota hog farmer Chad Lubben, 27, is offering hogs for sale on Facebook and Craigslist, and he is getting takers from all over the country.

Lubben told DTN he thinks he could sell 150 hogs by the end of the weekend at $80 a head. Farmers and small processors are bringing in trailers from Wisconsin, Washington state and New Hampshire.

The challenge is that Lubben has 1,600 head of market-ready hogs and is set for new pigs to arrive in about two weeks. Lubben is concerned more of his hogs will end up euthanized than sold for food.

"It's a last resort in my opinion, absolute last resort," he said. "It's a prediction, but I hope I'm wrong. I predict half my pigs will be euthanized."

Along with buyers who have called about hogs, Lubben said he had taken at least eight calls Thursday from animal activists as well, but he said he has had good conversations about the situation he faces as a pork producer right now. "You expect to deal with them when you put it on Facebook," he said. "I have nice encounters with them. I have nice, friendly conversations with them. I enjoy it a lot, seeing their side of things, and they see my side of things as well."

Others in different areas are also taking the direct-sale route through social media or other means, said Mike Paustian, president of the Iowa Pork Producers Association. Paustian said an IPPA board member was selling some hogs that way, but it doesn't work for everyone.

"For him, it allowed him having to euthanize animals for a little while longer," said Paustian, who farms in eastern Iowa. "That is the message we have been trying to get out there is producers are trying everything they can to get these animals into the food supply, because nobody wants to see them go to waste, especially after all the work that has gone into raising them."

Bill Even, CEO of the National Pork Board, said in a webinar this week that the Pork Board has put together a checklist of documents on swine depopulation and disposal. USDA officials have told the Pork Board that farmers need to keep track of what is happening on their farms, he said. "While it's not clear of what indemnity may or may not be paid, having records, particularly things verified by your veterinarian or a third party, may be helpful," Even said.

Besides the issue of depopulation, the Pork Board webinars are also addressing topics such as dealing with the mental health challenges of euthanizing a herd, and fear of financial losses.

As the coronavirus infected workers at packing plants, pork processing declined sharply in April, backing up as many as 180,000 hogs a day at one point. Lubben said he was on an industry webinar indicating as many as 3.4 million hogs could end up being euthanized as a result.

USDA is preparing to release more details on its Coronavirus Food Assistance Program (CFAP) that will pay farmers for market losses, but right now does not have an indemnity program for euthanizing animals because of the coronavirus. In a response to DTN on Friday, USDA officials stated that its agencies are helping pork farmers with depopulation, "However, these are not direct payments for depopulation." USDA stated producers should contact their local Natural Resources Conservation Service (NRCS) office before starting to euthanize herds.

"At this point, everybody feels like the message has been received and now it's just kind of wait and see if the right action gets taken," Paustian said. "We're very confident the message has been heard and why the ask is being made for some type of indemnity. Now it just comes down to whether there is a political will power to get it done."

Paustian did not get a chance Friday to meet with Vice President Mike Pence when he came to Iowa, even as the vice president was visiting the state specifically to hear about the food supply chain. Iowa's two senators and Agriculture Secretary Sonny Perdue joined Pence on the trip to Iowa. Paustian said he hopes Pence and others understand that the situation is not returning to normal for farmers or the pork industry.

"One of the things I'm concerned about is that people hear the plants are reopening and OK, things are back to normal," he said. "It's going to be a long time before all of this gets sorted out on the farm."

Paustian added, "We're still sitting on this backlog of hogs and that is going to be the real issue moving forward, I think, is how quickly these plants are able to ramp back up and then how methodically we can work through this backlog. That's what's going to end up putting producers in a tough spot and it's going to be fortunate because we will be moving in the right direction, but we have this accumulated log jam here."

On Thursday, pork processing was still about 150,000 head a day behind last year's production. On Friday, USDA issued a news release touting that seven pork plants and four beef plants have resumed processing operations this week. JBS has reopened its pork plant in Worthington, Minnesota, Smithfield has reopened in Sioux Falls, South Dakota, and Tyson has reopened in Waterloo, Iowa, but all are processing at reduced capacity.

Along with empty store shelves in the U.S., the pork crisis also has done significant damage to the opportunities with exports as well. On an industry podcast "Swine Cast" on May 5, analysts highlighted that the pork industry is failing to capitalize on the price difference between hogs in the U.S. and China. Because of African swine fever, market hogs are worth north of $500 in China, and weaned pigs as much as $300.

"How can we be euthanizing pigs in the United States and how can weaned pigs be worth $300 a head in China?" said Gordon Spronk, on the Swine Cast. Spronk is a Minnesota veterinarian, pork producer and board member for the National Pork Producers Council.

"There was some of that going on in the plants already. They were putting in additional equipment and setting up lines because there has been some demand for that in China with their unused processing capacity," Paustian said. "That is something the packers have to figure out, is whether they could move more product like that."

The Swine Cast discussion also dove into topics such as the small percentage of negotiated cash hog prices and the viability of a futures contract based the pork cutout index based on USDA's mandatory price report. Dow McVean of McVean Trading & Investments, said during the Swine Cast discussion that he has been a proponent of switching the CME's lean-hog index into a pork cut-out index. "I'm told the contract is essentially on the shelf there at the CME, and I think the industry has been headed in this direction anyway and the particular issues that are coming to light here with the COVID-19 situation I would think would accelerate this shift in that direction."

On Thursday, the weighted average negotiated cash price for hogs was $36.62 per cwt while May CME lean hogs closed at $68.80. The average carcass cutout value was $116.74, according to USDA's National Daily Hog and Pork Summary report. Depending on how a farmer markets on the cash price or formula price that factors in the pork cutout value, could translate into a wide disparity in what a producer receives right now.

"That is crazy, but that's where the industry finds itself at the moment, and that's the hazards of this thinly traded cash market and another reason to evolve to price discovery being driven by the cutout," McVean said on the Swine Cast.

Listen to it here: http://www.swinecast.com/…

Price discovery was a major issue for both pork and cattle producers before the current crisis. While the recent challenges with cattle prices has led to more calls for investigation, the pork industry also has struggled with price discovery because of vertical integration and the lack of negotiated cash sales. Last fall saw a wide divergence in the cash prices for hogs and the cutout price. Paustian said more producers have tried to negotiate a portion of the cutout price in their formulas with packers.

"That's something on everybody's radar," Paustian said. "Unfortunately, if there was a simple solution, everybody would have found it by now." 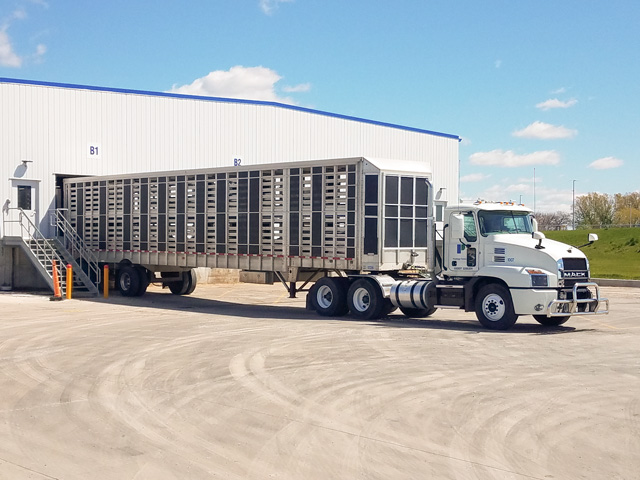