OMAHA (DTN) -- Forage producers have faced many weather challenges in recent years, from too much or too little rain, to extreme cold last winter that caused significant alfalfa winterkill. These problems have caused hay prices to climb fairly high. And, as 2020 begins, prices have continued to remain elevated, especially for high-quality hay.

Forage prices could climb even higher this spring as the supply starts to lessen, according to experts. That means buyers likely will be paying even more for hay come spring.

Most of the Midwest received greater-than-average precipitation in 2019 following a wetter-than-usual 2018, according to DTN Senior Ag Meteorologist Mike Palmerino. The increased moisture has led to forage production issues, such as lower-quality hay and new forage seedings being drown out.

"As you can see, it was excessively wet in most areas except the far east," Palmerino said.

Kyle Krier, a farmer and forage producer from Claflin, Kansas, said it was difficult to harvest quality hay in 2019 in his region of central Kansas. The good news was all of the moisture made for many tons of forage, but the bad news was it was a challenge getting it put up without moisture falling on it.

"It seemed like there would be a 10% chance of rain in the forecast, you would cut hay and then it would rain," Krier told DTN. "This happened a lot in the later cuttings this summer as we struggled to miss rains."

Another issue working against him putting up quality hay this past growing season was the large number of days with high dew levels in the morning. There were four to five days in a row of quite a bit of dew, which slowed drying and led to more hay getting rained on as the crop sat trying to dry, he said.

Krier said there are quite a few tons of forage out there, but the higher-quality hay is difficult to find. As a result, prices for high-quality continue to be quite high.

Fair-quality alfalfa sold for $140/ton to $190/ton for large squares, while large rounds sold for $110/ton to $135/ton. The entire Dyersville Hay Auction results can be found at https://dyersvillesales.com/….

"There is a shortage of good-quality hay here in northeastern Iowa at least," Leslein said. "Roughly 75% of our hay is being trucked in 800 to 1,500 miles away right now."

Leslein said nearly all of the local hay has some sort of issue, with heat damage being the most common. This is due to forages being baled before they dried down, he said.

Many producers in ithe region only got two to three cuttings instead of the normal four cuttings of alfalfa, he said. In addition, many new seeded acres last spring drowned out with too much moisture after acres were taken out of production because of last winter's high incidence of winterkill in alfalfa.

Krier said he has seen his price of grinding hay (lower quality) drop this year about 15% to 20% because of the higher supply of lower-quality hay. The rest of the hay he is selling is generally about the same price as last year, he said.

Krier said he sells about half of his hay crop in the state of Kansas, but some of his hay will travel 700 to 800 miles away from his central Kansas farm. Last year, as hay supplies waned, Krier said he got phone calls from all over the country about hay.

"I have no idea how they even got my name and number," Krier said.

So far this winter, he has sold the normal amount of hay he would by this time of year. He sells both 3- by 4-foot large squares and 5- by 5-foot large round bales of hay.

Palmerino said many parts of the Midwest saw fairly mild weather in the final weeks of 2019 and the first week of 2020. This comes after some areas saw cold and snow in October and November.

Despite the recent run of warmer weather with no snowfall, he cautioned that could change quickly. That could lead to some issues with forages, he said.

"I wouldn't rule out a period of much colder weather either later in January or in February," Palmerino said. "This could be a problem if there is a lack of protective snow cover, as the (forage) crop may not be especially hardy due to the mild weather currently being observed."

Leslein said he believes over the next couple of months the majority of hay supplies will be heading to auction. Along with the local supply, hay will be coming from farther away. He said he just talked to someone who had an eighth cutting of alfalfa hay in California who was going to ship the hay to Dyersville.

After this current period, however, hay supplies likely will drop considerably. The March-to-April timeframe is when prices could climb higher, he said.

"By the end of March, look out," Leslein said. 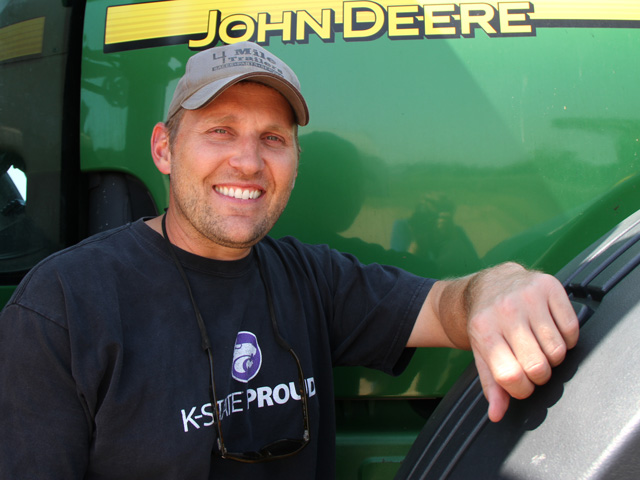