An American farmer from Jan. 1, 1920, and a farmer from Jan. 1, 2020, would hardly recognize each other, their operations having changed so profoundly in the past 100 years. The former would think our combine harvesters inconceivably large and our touchscreens unfathomably complex; the latter would find the old-time animal caretaking, manual labor and small-scale logistics jaw-droppingly inefficient.

But now we're the same, in one sense: we are all farmers of the "'20s." It's statistically unhelpful to compare two time series of prices from two totally different eras (even the attempts to compare today's price levels to the 1980s or the 1990s are a little suspect, given how many external factors can't be held constant across time, especially interest rates, monetary policies, global politics and international competition). Nevertheless, an examination of history is interesting -- we can identify some market similarities and experiences that might make us feel a surprisingly strong kinship with the farmers of a century ago.

Those farmers occupied a decade called the "Roaring '20s." Only time will tell if our own new decade will become a roar or a whimper. Even back then, the name didn't really apply to the rural farming communities, who were in some ways left behind by the roaring exuberance of urban expansion: flapper parties, post-war jobs and homes in cities, filled with cheap manufactured goods and new cars parked out on the street. Think of these popular song lyrics about the veterans of the Great War, whose perspective about rural life had changed after seeing great European cities like Paris:

"How ya gonna keep 'em down on the farm,

How ya gonna keep 'em away from Broadway,

Jazzin around and paintin' the town?

How ya gonna keep 'em away from harm? That's a mystery.

They'll never want to see a rake or plow,

And who the deuce can parley-vous a cow?

How ya gonna keep 'em down on the farm,

Therefore, farming wasn't looked on as a glamorous occupation in the 1920s. American farmers had experienced their best roaring successes during the final years of the war, when food shortages in Europe and a near-total absence of international competition for export business drove up prices for U.S. grain. In the 1919 marketing year, wheat prices were $3.50 per bushel, almost double the previous year's price, and a huge improvement over the level seen five years before: $0.89 per bushel in 1914. Adjusted for inflation, $3.50 in 1919 would feel like $52.04 today, but again, these comparisons across two very different timeframes aren't really apples-to-apples.

Look what happened to wheat prices through the next decade:

Note that the "really" bad times were just around the corner, when amid the Great Depression in 1932, wheat prices would fall to $0.45 per bushel. Meanwhile, corn prices were on a similar path. Farmers at the turn of the decade were probably feeling rich after getting used to selling corn for around $1.40 per bushel during 1917, 1918 and 1919. But they had a sudden snap back to reality once the war was over. Here are marketing year nationwide corn prices received:

Soybeans, by the way, did technically exist in the United States in 1920 (the American Soybean Association was founded in 1919), but the crop wasn't yet widely adopted.

In any case, you can see why farmers in the agricultural west felt left behind by the prosperity of the Roaring '20s. No longer receiving what they'd come to expect as "fair" prices, they were simultaneously distressed by a rapidly rising cost of living. Soon, campaigns began to get the markets and input costs back into "parity" with the profitable levels experienced between 1909 and 1914, but nationwide parity legislation wouldn't be enacted until the 1930s.

Perhaps the farmers of today can sympathize with that scenario. We've experienced, in our own recent past, grain price levels that were profitable and felt like a fair return for the risk, labor and expertise we put into our operations. For example, if we took a monthly average through five years from 2008 to 2013, and demanded parity with those price levels, we'd be aiming for $5.47 corn. Having built up to today's input prices and costs of living, the currently much-lower grain price levels (nearby corn futures at $3.87) feel like an ongoing hardship.

Of course, the most important reason why we can't directly compare 1920s prices to 2020s prices is the vastly greater productivity of modern agriculture. Fewer human hours are required to farm thousands of acres and produce hundreds of thousands of bushels of grain. For reference, U.S. nationwide average corn yields in the 1920s ranged from 29.9 bushels per acre in 1920 to 22.1 bushels per acre in 1924 (and did not trend upward through the decade). Today, by focusing on continuous improvement in yields, productivity, efficiency and profitability, we can see perhaps our most important opportunity to make our '20s decade a different, better farming story than the miserable 1920s.

In most ways, it's a good thing that today's farming operations are nearly unrecognizable compared to those of the 1920s -- our focus on productivity and profitability may earn us our own nickname for this decade, something like the "roaring" '20s, but brand new and all our own. 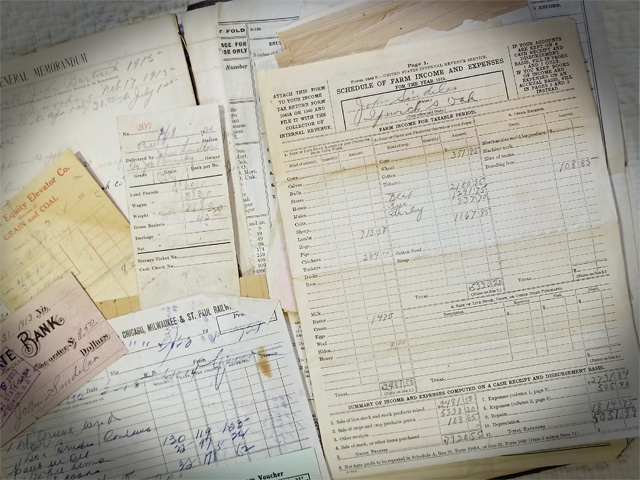