OMAHA (DTN) -- The use of the pesticide chlorpyrifos will end in California at the end of next year as a result of an agreement struck on Wednesday between the state and manufacturers.

The state said it is applying the settlement terms and deadlines to seven other companies not part of the agreement but are subject to the cancellation order.

In May, the state announced it was moving to cancel all registrations of the pesticide, after the California Environmental Protection Agency announced the decision following a state scientific review panel's findings that the pesticide causes "serious health effects in children and other sensitive populations at lower levels of exposure than previously understood."

Corteva told DTN the state of California made it difficult to continue offering the product in the state.

"Through recent actions, the state of California has improvised and implemented several uniquely challenging regulatory requirements for chlorpyrifos," the company said in a statement. "These new, novel requirements have made it virtually impossible for growers to use this important tool in their state. We have successfully negotiated a settlement for specific products and uses named in the accusation, which is in the best interest of the affected growers."

"For years, environmental justice advocates have fought to get the harmful pesticide chlorpyrifos out of our communities," California Gov. Gavin Newsom said in a statement. "Thanks to their tenacity and the work of countless others, this will now occur faster than originally envisioned. This is a big win for children, workers and public health in California."

The agreement means use of chlorpyrifos will end sooner than anticipated in the state. Any manufacturers' pursuit of administrative hearings and potential appeals could have taken up to two years.

California has established a working group to identify pest-management alternatives to chlorpyrifos. The group is scheduled to hold its first meeting this month.

The state said in a news release there is "mounting evidence that chlorpyrifos is associated with serious health effects in children and other sensitive populations at lower levels of exposure than previously understood, including impaired brain and neurological development."

On a national level, however, the EPA continues to review chlorpyrifos but has not banned the pesticide. The agency has until 2022 to complete its review. 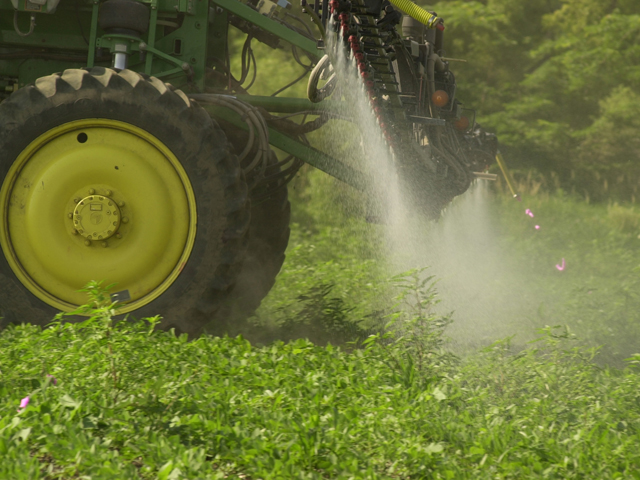