If the bill called the "Define WOTUS Act" introduced by Sens. Joni Ernst, R-Iowa, and Mike Braun, R-Ind., becomes law, it would ensure that if a new administration takes office the rule could not be changed by executive order or regulatory action.

EPA is on track to finalize a new definition by later this year.

In addition to making the definition part of federal law and not just federal regulation, the bill includes deadlines for when property owners can expect to receive jurisdictional determinations on waters in question.

The EPA and U.S. Army Corps of Engineers would be required to make a determination within 60 days after receiving a written request from a property owner. If a determination is not made in that timeframe, the water in question would be deemed as not navigable.

The legislation also would provide protection to landowners. Namely, if a landowner has received a determination that a water in question is not navigable, the decision is binding for as long as a landowner has an "identifiable and substantial legal interest" in the property. Property owners seeking expedited judicial review of an agency decision on waters would have 30 days after a determination to file a claim.

National Cattlemen's Beef Association Senior Vice President of Government Affairs Colin Woodall said although the legislation is good for agriculture, EPA will need to follow through.

"The Trump administration is working hard to repeal and replace the illegally broad 2015 WOTUS rule, but finalization of a practical WOTUS definition is only the beginning," he said in a statement. "EPA will spend years proving what the Senate made clear today: Congress intends the management of America's waters to be accomplished through cooperative federalism."

Under the new WOTUS proposal, there would be just six categories of jurisdictional waters. That includes traditional navigable waters, tributaries, certain ditches that are navigable or affected by tide, lakes and ponds, impoundments, and wetlands that abut or are connected to waters of the United States.

"The Obama-era WOTUS rule threatened Iowa's farmers, manufacturers, and small businesses by giving the federal government authority to regulate water on 97% of land in our state," Ernst said in a statement. "President Trump and his administration have taken tremendous steps to roll back this overreaching regulation and provide for more certainty with a new, clearer definition of WOTUS. But it's the job of Congress to make a new, reasonable definition permanent, and that's what this bill does -- it ensures more predictability and workability for Iowans for years to come."

The Trump administration introduced the new proposed definition in late 2018. The 2015 rule faced a number of legal challenges and was essentially ended when a federal court in Texas ruled in May that EPA didn't follow the Administrative Procedure Act in finalizing the rule.

The court sent the 2015 rule back to EPA, where the agency currently is working on a repeal. 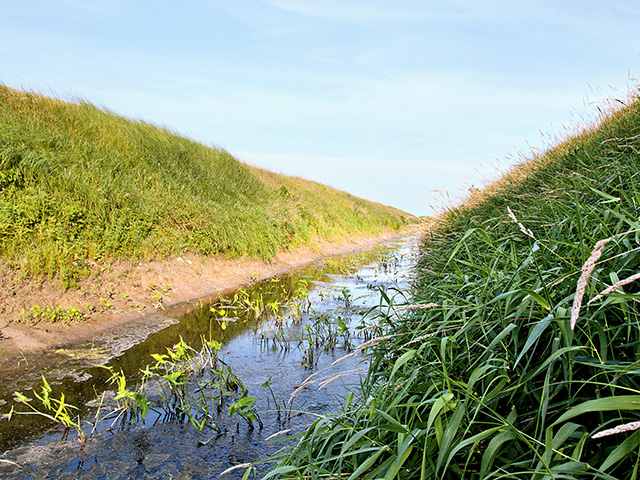