OMAHA (DTN) -- Farmers who plant cover crops on prevented planting acres will be able to hay or graze that ground starting Sept. 1 without facing a penalty on their crop insurance indemnity.

Haying or grazing on or after Sept. 1 will not affect a farmer's eligibility for the full 2019 prevented planting indemnity, RMA stated.

"We recognize farmers were greatly impacted by some of the unprecedented flooding and excessive rain this spring, and we made this one-year adjustment to help farmers with the tough decisions they are facing this year," said Bill Northey, USDA's undersecretary for Farm Production and Conservation. "This change will make good stewardship of the land easier to accomplish while also providing an opportunity to ensure quality forage is available for livestock this fall."

RMA reiterated that the agency was just making this change for 2019 and would announce any possible permanent adjustments later.

Several lawmakers from both parties pushed for the change, as did state Farm Bureau and cattle organizations in upper Midwest states. They had argued Nov. 1 is too late in the year to get quality hay or pasture out of those cover-cropped fields.

Cover crop seed right now is in high demand and in short supply because of the high volume of acres that moved into prevented planting this spring. As DTN reported earlier this week, seed supplies are getting tight (https://www.dtnpf.com/… ).

Sen. John Thune, R-S.D., posted a video on Twitter saying he got a call early Thursday that USDA was making this common sense move.

"You don't have to talk to more than two producers in South Dakota to realize that waiting until Nov. 1 to allow them to either graze or mechanically harvest cover crops without an indemnity reduction on their prevent-plant acres is far too late, particularly with South Dakota's uncertain fall and winter weather," Thune said. "It's arbitrary and it sets an inequitable standard that puts some states at a greater advantage than others based simply on their geographical location."

Rep. Angie Craig, D-Minn., had introduced legislation last week with Rep. Dusty Johnson, R-S.D., that would have created an emergency waiver and had 27 co-sponsors. "I'm glad to see the administration announce this critical decision that will give farmers and ranchers the flexibility they need during this wet planting season," Craig said. "Minnesota farmers and ranchers deserve security in their feed supply, and I am grateful that the USDA has taken this step to ensure they have the relief they need." 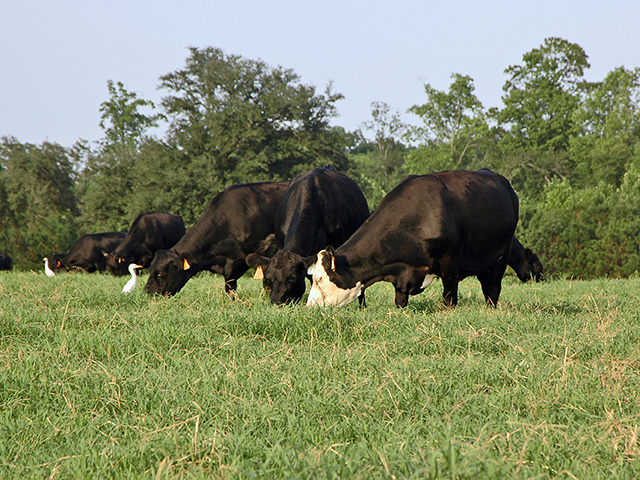