"But what if I don't have enough grain to fill my contracts?"

Every year, this is a fear that discourages people from aggressively marketing new-crop grain, despite knowing that prices tend to be higher in the spring than at harvest. Prices will do whatever prices will do, but if some disaster happens -- hail, flooding or an apocalyptically wet spring, for instance -- it's an awfully uncomfortable feeling to have more grain sold than we know we'll own with total certainty.

Whenever I'm asked this question in the first few months of the year before any seed is actually planted, I tend to wave my hand dismissively and give a smart-aleck answer: "Oh, you'll have enough grain. Just sell something -- 10%, 20% -- you know you'll be able to grow that much, at least. Then you'll be happy you locked in these prices." I tend to feel quite confident that folks, including myself, won't get into too much trouble with some reasonable portion of incremental sales. "There will always be something."

Well, turns out I was wrong. Not about the prices -- there is never anything "wrong" about locking in profitable prices, not even when everyone gets all bullish a few months later. No, I was wrong about the "there will always be something."

In 2019, a substantial number of grain producers have been entirely prevented from planting the crops they had already promised to deliver to an elevator or processing facility. Even the producers who were able to plant "something" may now look at the new-crop sales contracts they've stashed away in a folder, then start calculating yields from the diminished number of acres they were able to plant this year amid flooding and unrelenting rainy weather and soggy soil. The math may not add up -- they may suddenly realize they need to get out of some new-crop contracts.

This isn't necessarily a simple or cheap process. New-crop grain sales before harvest are made using cash forward contracts, which are just signed paper agreements between a grain seller, who promises to deliver a specific quantity and type of grain, and a grain buyer, who promises to pay a specific price for that grain. Any contracts that can be negotiated can also be renegotiated, so it is certainly possible to cancel those agreements.

However, the grain buyers may be reluctant to let the contracts go, especially when doing so will cause them to lose money. Commercial grain companies are rarely in the business of guessing the flat price direction of the grain markets. Instead, they just want to get as many bushels as possible into their facilities, then make a per-bushel margin on the mixing, blending and merchandising of those bushels. So, when an elevator writes a cash forward contract in the spring, say, at $4.00 per bushel for corn, it knows it will lose money on that cash position if prices go down (it would still have to pay $4.00 per bushel for corn at harvest, when prices may have dropped to $3.50 per bushel). That's why it hedges its long cash grain position with a short futures contract. Then, if corn prices drop those same 50 cents, the elevator will lose the marked-to-market value on its cash grain position, but it will gain an equivalent value in its futures-trading account. Virtually every cash forward contract written by an elevator purchasing corn, soybeans, wheat, oats, rice or sorghum in this country is immediately backed up by an equivalent-sized short futures position.

That means if the grain producer on the other end of that cash forward contract suddenly needs to get out of the contract, the elevator can say, "OK, fine. But we have to make sure we're not losing money in our futures-trading account, or be paid back if we are."

For instance, I sold some new-crop soybeans to my local elevator using a hedge-to-arrive (HTA) contract on Jan. 25 with a reference futures price of $9.62 (basis levels remain unset in HTA contracts). On June 12, I knew I was past the prevented planting date on my crop insurance contract and I was worried about early frost in South Dakota, so I made the management decision not to plant any soybeans. Therefore, I would have nothing to deliver to the elevator to fulfill that HTA contract. So, I called the merchandiser, who could see in the elevator's hedge account that they had a hedge gain of 67 cents from holding that HTA over the past six months ($9.67 minus $8.95). My local co-op did pass that hedge gain along to me, but not every grain company will do this. Some will allow a farmer to cancel a contract and demand financial reimbursement for any hedge loss, but keep any hedge gains for themselves.

The next problem is that the elevator will almost certainly also charge some per-bushel fee to change/cancel the contract. In my case, the co-op charged me 15 cents. So, the 67-cent gain on my soybean position became only a 52-cent gain. I'm not going to have any soybeans to deliver, so I've gotta do what I've gotta do.

That's in an eastern South Dakota geography. I've checked around with colleagues all across the Corn Belt and these cancellation fees can vary anywhere from 5 cents per bushel to 25 cents per bushel. At those more punitive levels, "It's frustrating and it feels like some of these operations are taking advantage of farmers. There's no reason they have to charge 15 cents. Their underlying costs for carrying that contract in their hedge account was a couple pennies of commission fees at most," said Matt Bennett of Bennett Consulting in Windsor, Illinois.

However, it's certainly within their power to do so. A grain producer who won't have enough grain to fill contracts and who sees prices going up every day (making the costs of exiting the position larger and larger each day) isn't in a great negotiating position. There's no threat we can make, other than having a long memory when the next year comes and we get to choose again how we sell our grain and to whom.

The one strategy that completely side-steps this issue of punitive cash contract cancellation fees is using one's own, independent futures (or options) hedges in a brokerage account. Yes, it involves locking up some of one's own capital by paying margin costs or option premiums, but when it comes time to exit a hedge, no one will charge you any fees beyond the brokerage commissions.

Kristin Stien, a Cedar Rapids, Iowa, cash marketing adviser with Commodity Risk Management Group, has worked with several clients experiencing this dilemma this spring and has observed that, "If used properly, hedging grain on the board rather than utilizing an HTA can be the best option. After making the decision to take prevented planting and discovering they'll be oversold, a futures-hedged producer will be able to swiftly exit his position with whatever profit or loss is in it, minus commissions, leaving him in a slightly better mood during a difficult year. A producer hedged through the local elevator may be charged a 5-cent cancellation fee, plus 5 cents for the original HTA fee, plus the remaining market difference."

And even in a good year when the grain does get planted, grown and produced, an independent futures position allows producers to lock in a price level for grain without giving up the opportunity to choose the destination for delivery of the physical grain. That allows producers to find the destination that's paying the best basis value or the least difficult one to work with.

Since I myself am not in the business of selling commission-based brokerage services, I frequently tell grain producers that they shouldn't feel they need to open up a brokerage account to dabble in the futures and options markets. Any marketing goal they have can typically be achieved simply by making contracts at their local elevator, especially if they know exactly which elevator they will be delivering the grain to. However, I have to admit that this 2019 growing season is a stunning case study for the usefulness of having one's own futures hedge.

Grain producers who may be short of bushels this fall and need to get out of cash forward contracts are basically at the mercy of the local elevator that holds those contracts, but in upcoming years, those who use a different strategy might not have to be. 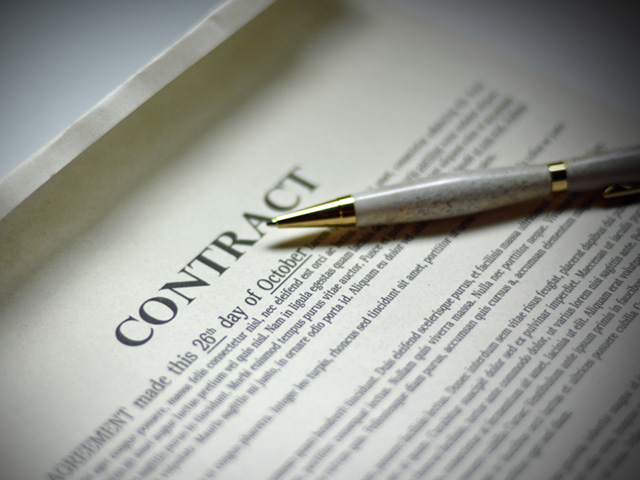