OMAHA (DTN) -- U.S. wheat and rice farmers got a big win over China announced Thursday by the World Trade Organization's dispute settlement panel. But the victory could be short-lived because the Trump administration has made it harder for the WTO to resolve major trade cases.

The WTO dispute settlement panel found China's subsidies for wheat and rice from 2012-2015 exceeded its terms under the WTO, as the U.S. alleged when the allegations were first made in late 2016. The panel ruled on rice and wheat subsidies, but did not rule on corn, which was also part of the case. The Obama administration initially filed two cases claiming China was illegally subsidizing its farmers by as much as $100 billion.

U.S. officials and agricultural groups declared victory with the WTO's findings. They noted China's domestic supports for grains distorted markets and created incentives for more Chinese production of those crops, reducing imports in the process.

"The United States proved that China for years provided government support for its grain producers far in excess of the levels China agreed to when it joined the WTO," said U.S. Trade Representative Robert Lighthizer. "China's excessive support limits opportunities for U.S. farmers to export their world-class products to China. We expect China to quickly come into compliance with its WTO obligations."

House Agriculture Committee Chairman Collin Peterson, D-Minn., also noted the ruling as "a huge win at a time when such wins are sorely needed. It should enable a fairer playing field and allow our farmers to focus on farming. I hope the panel will issue a similar ruling on Chinese corn subsidies, but it's also my hope that this ruling can help our negotiators reach a positive path forward to reopen trade with China and reclaim the markets that the trade war has cost our farmers."

"We play by international trade rules and must ensure other nations do too," Roberts said. "Especially now, our farmers and ranchers need greater access to new and growing markets. This action will allow them to better compete in China."

U.S. Wheat Associates also welcomed the decision and pointed to an Iowa State University study funded by the wheat industry that showed China's domestic support price for wheat was nearly $10 a bushel, which cost wheat farmers as much as $700 million in income because of lost exports to China.

However, the victory with the dispute settlement panel might be fleeting. That's because the Trump administration keeps blocking the appointment of appeals court judges to the WTO.

As Bloomberg reported this week, the Trump administration's moves to block WTO appellate judges has dropped the WTO appellate panel from seven judges down to three, the minimum it can have to hear an appeal. China could negotiate any remedy with the U.S. as part of the ongoing trade talks, but if China appeals the WTO ruling, the case would reflect just how gridlocked the WTO has become in settling cases. Bloomberg noted the WTO panel won't have enough judges to function by mid-December unless new judges are appointed.

Ben Conner, the vice president of policy at the Washington-based U.S. Wheat Associates, told Bloomberg, "The entire global trading system and the WTO dispute resolution process have been good for U.S. agriculture." If the U.S. agricultural cases are appealed, they "could be among the first to get stuck in legal limbo without a functioning appellate body."

U.S. Wheat Associates agreed with another statement in the Bloomberg article: "In the absence of an appellate ruling, the WTO's decision won't be binding and the WTO cannot require China to change its subsidy programs." 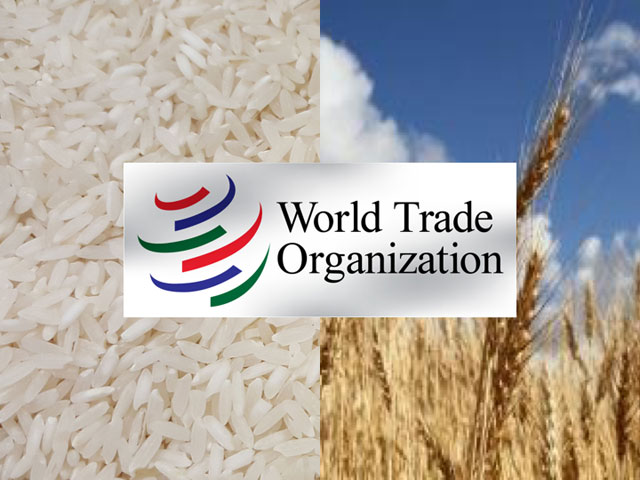