In a forecast released last week, USDA sees net cash income for agriculture remaining relatively flat over the next decade as expenses steadily rise and income for crops and livestock fails to keep pace. The Minneapolis Federal Reserve highlighted farmers' economic stress in an update last week, suggesting more farm operations are at risk of "throwing in the towel."

USDA Chief Economist Robert Johansson will detail the crop production and livestock outlook for 2019 on Thursday. Agriculture Secretary Sonny Perdue, along with the agriculture ministers of Canada and Mexico, will then hold a joint session to likely tout the prospects of the U.S.-Mexico-Canada Agreement.

The export opportunities for some crops look stunted at the moment. Ashley Hungerford of the USDA Office of the Chief Economist told leaders in the crop-insurance industry this week in San Diego that soybean stocks-to-use ratios are now so high that USDA has projected it will take several years to "unwind" or sell off those stocks, which means soybean prices are likely to be low.

Hungerford pointed out that the stocks-to-use ratio was only 5% when China imposed the tariffs on U.S. farm products and is now about 20%.

John Heisdorffer, an eastern Iowa farmer and chairman of the American Soybean Association, noted, "There's no rosy picture out there, is there?" But Heisdorffer added there are at least talks between the U.S. and China going on right now.

"It's not to say China is the whole thing that is going to bring the ag economy back together, I don't think, but at least there is talk and negotiations happening," he said.

Heisdorffer added, "I know there's going to be a certain amount of trade we will never get back or recover from China. Once you go to somewhere else for a product, it's just hard to get it all back."

Some recent reports out of regional Federal Reserve districts show the farm economy is stressed, but land values overall remain steady. More than half the lenders responding to a survey in the Minneapolis Fed district reported farm income fell in the fourth quarter compared to a year ago, while 10% of lenders reported income increases. The Ninth Federal Reserve District out of Minneapolis serves six states: Minnesota, Montana, North and South Dakota, 26 counties in northwestern Wisconsin and the Upper Peninsula of Michigan.

The strength of recent harvests has helped farm incomes, but the Minneapolis Fed cited some lenders are worried about the luck running out on high production. "A year of average yields with current commodity pricing would be very detrimental to our area's farm operations," a Minnesota banker commented.

"We are seeing the economic stress rising significantly," said a rural banker in Minnesota. "Producers are dealing with multiple years of economic pressure, and we are seeing more operations 'throwing in the towel.'"

The Tenth District, also known as the Kansas City Fed, cited last week that land values have dipped slightly, about 3%, for irrigated and non-irrigated cropland in the district, while values for pastureland have gone up slightly. Demand for farmland remains high for the district, which includes Colorado, Kansas, Missouri, Nebraska, New Mexico, Oklahoma and Wyoming. Farmland sales overall are down in the district, but they did increase in Kansas and Nebraska during the fourth quarter of 2018 compared to a year earlier.

Farm income in the Tenth District declined for the sixth straight year, as well, and bankers in that district expect farm income to remain weak in the first quarter of 2019. Bankers reported overall lower capital spending compared to a year earlier, and about 30% of bankers said their farmer customers were cutting back household spending as well.

In the Seventh Federal Reserve District out of Chicago, farmland values remained steady in the fourth quarter of 2018. That district includes Illinois, Indiana, Iowa, most of Michigan and the eastern two-thirds of Wisconsin. For 2018, farmland values did not rise or fall in most of the district, except for a 1% land value drop in Iowa for the year.

Heisdorffer said he hasn't seen a lot of outright land sales in his area of Iowa, but he has seen an increase in machinery auctions, which indicates to him that at least some farmers are giving up high-priced rented ground, or scaling back other acreage.

"There sure are a lot more farm sales than there were," Heisdorffer said. "Some of them are just machinery and I take that as somebody is downsizing just a bit. But I do see a lot of sales going on, a lot more than I have seen in the past couple of years. So that tells me things are tightening up."

Farmers National Co. noted in January that land values "have held up surprisingly well over the past few years despite lower commodity prices and much lower farm incomes compared to five years ago." The land company said there was still a slow supply of land for sale and cash rents remain stronger than expected. Still, the company said it saw an increase in land sales over the past year.

"At Farmers National Company, we are seeing an uptick in our land sales as more families and inheritors want to sell now," said Randy Dickhut, senior vice president of real estate operations. "Within our 28-state service area, we are also seeing more landowners coming to us to market and sell their land as evidenced by our volume of land for sale increasing 21%. These landowners are just deciding now is the time to sell and capture today's price." 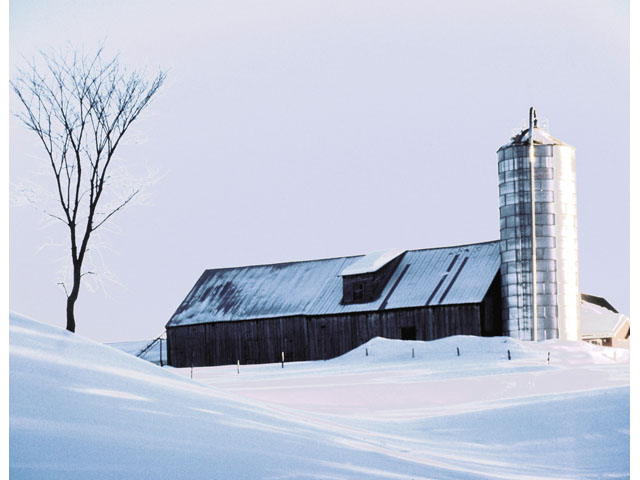