OMAHA (DTN) -- With the hustle and bustle of the holidays behind us, it seems natural to catch breath, take stock and think about the challenges ahead. So we asked the team of DTN/The Progressive Farmer reporters, editors and analysts to dig out their crystal balls, peer at their Twitter feeds, and list the things they see happening in the coming year.

Obviously, trade, exports, commodity prices and immigration issues will continue to take up their share of headlines in the next 12 months. What our team focused on were the activities not immediately on most of our radars, plus the ancillary issues likely to arise from some of the more common, headline-grabbing, subjects. Here's a sampling of our "watch for" list in 2019.

Unfortunately, the less-than-peachy news DTN Senior Ag Meteorologist Bryce Anderson shared with attendees at the DTN Ag Summit in Chicago hasn't improved. Things look wet and dreary for spring for a big part of the United States. That will increase the anxiety for growers who struggled to get the last of the 2018 harvest out of the field, let alone get fall fieldwork or fertility applications made. Spring 2019 could be a scramble. So rest up, spend a little extra time to get the equipment ready. Watch our market analysis pages and alerts to be ready to pounce on any pre-planting market jitters that could make sales or forward-pricing opportunities.

There also will likely be continued conversations about the environmental effects of heavy rains. Expect more discussions and farm meeting topics around tiling, runoff and their effects downstream. Yes, the egregious waters of the United States (WOTUS) regulations may be down for the count, but that may only make environmental groups swing harder on other fronts. While it is unlikely that serious environmental regulations will hatch under this administration, the arguments for and against water quality and other environmental issues will be an interesting look into the future.

Speaking of WOTUS rules, while concerns over EPA regulating every mud puddle and field ditch may be eased, court fights over what should be watched aren't all abated. Farmers will likely continue waiting for clarity on these and related water quality issues to know what projects to move forward on.

Along with expected curtailment of WOTUS rules, the doors have been flung open to mining, oil and gas drilling and other job-creation fronts. Combine any business of real value with a laissez-faire regulatory environment, and you eventually bring out the bad actors and shortcut takers. Expect to see increased reports of environmental snafus, which will pit key industries against local residents seeing their little piece of heaven defiled against the local governments who love the tax increases those activities bring. Ultimately, those "oops" moments only increase the push for heavier handed regulations, and the whole debate renews.

We have heard warning signs about loss of working capital and increased debt loads for several years, though the commentary has so far come in two versions: Lenders and economists sound alarms; farmers, for the most part, contend "no worries, we've got this." Our own DTN/The Progressive Farmer Agriculture Confidence Index seems to be backing up the latter, with farmer attitudes mostly positive of late. If finances continue to get tougher, expect the voices of negativity to grow.

About our Agriculture Confidence Index, the latest survey results are out next week. Sneak peek: This long, wet harvest was obviously no fun.

Land values, for the most part, have been the stable portion of this latest ag down cycle. That may get harder to track, say some land watchers, as we see an uptick in a number of private farmland sales to investor-buyers, who in turn lease the land back to the farmer who sold it. These private-contract negotiations will make it tougher to see movement in land and rent values. Increased digitization of county land records may help shed light on actual sales, however.

In 2018, we saw the beginnings of more conversations and presentations about alternatives to commodity corn, soybean, wheat and other traditional crops. Demand from grain processors is picking up for non-GMO and organic grains to feed the growing consumer hunger for meats and dairy products that can carry an organic or non-GMO label.

A recent industry study shows the demand for organic poultry meat, for example, has been rising more than 46% per year, and a chicken has got to eat. If general commodity prices stay flat to lower, expect more talk about these specialty grains, and other alternative crops, in the coming months. Conversely, if production of those grains don't increase, expect to see more lawsuits and jail times over sales of falsely labelled non-GMO and organic grains. Because a chicken has got to eat.

On the soybean side, at least, the fly in the non-GMO/organic ointment is the expected unfettered growth of dicamba-resistant soybean plantings, and fears of damage to non-resistant varieties. The grains industry is just beginning to discuss this, very quietly. Expect that discussion to become louder, because, well, a chicken has got to eat.

Speaking of "alternative crops," as one of our editors predicted recently: "Everyone and their dog will want to dabble in hemp," particularly with rules in the recently signed farm bill that enable broader production of fiber and oils from the hemp plant.

If demand and profitability of ethanol continue to slip, trade wars remain unsolved, and the world economy weakens with subsequent lower demand for grain-fed meats and other proteins, expect renewed conversations about bioplastics and other alternative uses for U.S. grains. Those "new use" ideas, hot topics in the late 1990s and early 2000s, have been mostly forgotten as China, ethanol and droughts kept grain stocks in check.

STRUGGLES IN THE DEVELOPING WORLD

Six years of high grain production have depressed prices in U.S., South America and Europe. But other, less-heeled parts of the globe are suffering from droughts, dropping fresh water levels, with poor production on top of low prices. That could create additional crises, and volatility, in developing parts of the world.

Despite all the noise about the research power of recent ag chem company consolidations, the fruits of that research appears to be down the road. In addition, the new chemistries we see are mostly focused on issues with wide, global sales potential: fungicides, insecticides and biologicals that can be used on a wide array of crops.

What's not appearing in those immediate pipelines are any truly new herbicide modes of action for corn and soybeans. If we lose key weed fighters -- due either to resistance from overuse or to our inability to keep them off the neighbor's tomato plants -- the R and D pipeline may not save us any time soon. Only a few weed scientists, and the reporters at DTN/PF, have been talking about this much. We suspect you'll see more on it.

We also expect to see more discussions about seed value, particularly in hybrid corn. The corn Bt traits are beginning to run out of gas. There also appears to be a drop in some insect pressures, along with a rise in interest in non-GMO production (see above comments on new enterprises). That has begun to change the conversation around high-tech hybrids. Expect seed companies to talk as much about "service" and "support" as they do about traits when they explain seed prices. Oh, and seed treatments. Lots of talk about why you need seed treatments (see above comments on what's in the chemistry pipeline).

Did you really think we'd look at 2019 issues and not mention trade? In addition to the obvious concerns and commentary, the DTN/PF team had a number of sideline issues they are watching. Will newly elected Brazilian President Jair Bolsonaro put limits on China's reach into Brazil? Will those efforts be encouraged and/or aided by the Trump administration? What issues will that bring up for global markets?

What about non-China trade? Congress takes up debate on the United States-Mexico-Canada Agreement (USMCA), while the White House works on its promised unilateral talks with Japan, the EU and the UK. In the meantime, commodity groups, flush with farm-bill/trade-aid cash, will be traveling the world hawking U.S. commodities. Watch for stories with datelines from U.S. ag journalists invited to tag along on these "fact-finding" trips. I can hear the DTN staff shuffling to check their passport expiration dates already.

Farmers in Canada's Prairies region will face tough planting decisions as trade barriers hurt traditional crops: Tariffs have hurt durum movement to Italy and pulse crop sales to India. That may force farmers to go back to back with canola, in a world overflowing with protein and oil crops, and many will be forced to expand wheat acres. Canada also is caught in an overall squeeze with China over the arrest of the Huawei CFO Meng Wanzhou, at the request of U.S. officials. How these challenges play out, as the U.S., Mexico and Canada work through USMCA changes, will make for interesting times between the three neighbors.

And, of course, there's the ongoing issue of the wall and Mexico.

For a wider range of prognostications about the coming year, don't miss Urban Lehner's recent blog on his Top 10 things for 2019. You can find it in "An Urban's Rural View" or follow this link: https://www.dtnpf.com/…

Finally, here's what we're hoping we DON'T have to report on in 2019: Stories of farm-related accidents, suicides, neighbor squabbles and other avoidable bad news. Get some sleep. Stop and take a breath once in a while. Hug your family before you head out the door, and when you return. If you get in a jam, share it with someone. Above all, have fun out there. 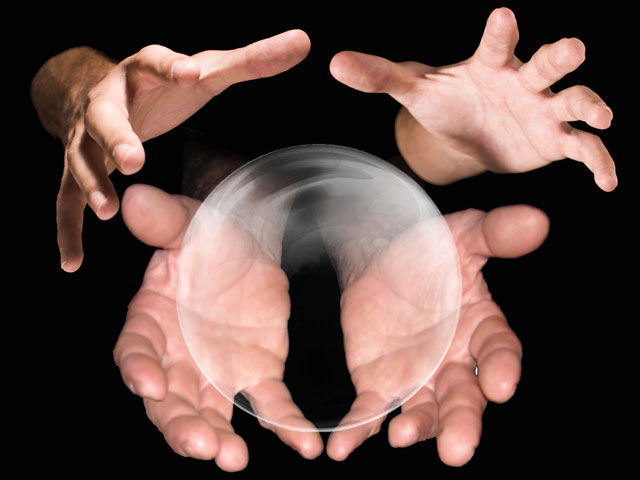