CHICAGO (DTN) -- China's pork industry is in the midst of major structural changes, and the outbreak of African swine fever in the hog herd is creating regional supply and demand imbalances unlike any China's seen before.

In 2015, the government embarked on an environmental plan to improve water quality in its highly populated areas. As a result, pork production shifted to northern and southwestern provinces, away from the urban centers where demand is typically the highest.

"But this number is understated," she said. "I'm sure there will be much more cases in China, but they are not reported or disclosed."

As part of its efforts to keep the disease from spreading, the Chinese government has shut down shipments of live hogs and meat across provincial borders.

The result is a supply and demand imbalance that's severely depressing pork prices in northern China, which typically consumes less pork, but now has increased production and an abundance of frozen pork. In southern China, when annual per capita consumption is nearly double that of northern China, supplies are tight and prices are nearly double what they are up north.

The impact on the country's pork production and import demand depends on how quickly the government can contain the outbreak and lift transportation restrictions.

If the restrictions are lifted before peak consumption season, which Pan said begins in January, the nation's pork production could drop between 2% and 4%. The country's current top import suppliers -- the European Union, Canada and Brazil -- should be able to meet import demand, although Pan said China could still turn to the U.S. for variety meats.

If restrictions remain in place longer, production could drop 6% to 8%. "Under this scenario, a lot of small farms will exit because they can't sustain their business," she said. Frozen supplies will help blunt the impact on consumer prices in the first half of the year, but prices will rise as those stockpiles dwindle.

Pan said China will need to expand its list of suppliers under this scenario. That could mean more imports from the U.S., but much depends on the status of trade talks and the tariff level that's in place. China currently imposes a 62% tariff on U.S. pork imports.

"If the supply gap falls by 4 million to 6 million (metric) tons, there is no country that can meet China's demand, and China has to significantly increase pork imports from the U.S.," she said.

There is another wildcard: Europe accounts for 70% of China's pork imports, but it has also had issues with African swine fever. If there's a new case, China could ban imports from the bloc, she said.

"China will also increase imports of all other meats" if the ASF outbreak stretches well into next year, Pan said.

Poultry is the most common substitute for pork, but domestic supplies are tight due to issues with the breeding flock and efforts to prevent avian influenza. Imports will be an important part of meeting demand.

"I think there's quite a high possibility that China could reopen to U.S. poultry," she said, adding that much depends on trade discussions. U.S. poultry imports ground to a halt after the 2015 avian influenza outbreak.

Pan said Chinese consumers don't typically substitute beef for pork, but there's been such a large drop in pork consumption that it is starting to drive up beef prices. While there's plenty of potential for increased beef imports, high prices in comparison to other proteins will limit demand.

"ASF will likely last for more than a year, and I think will be a long-term battle for China," she said. 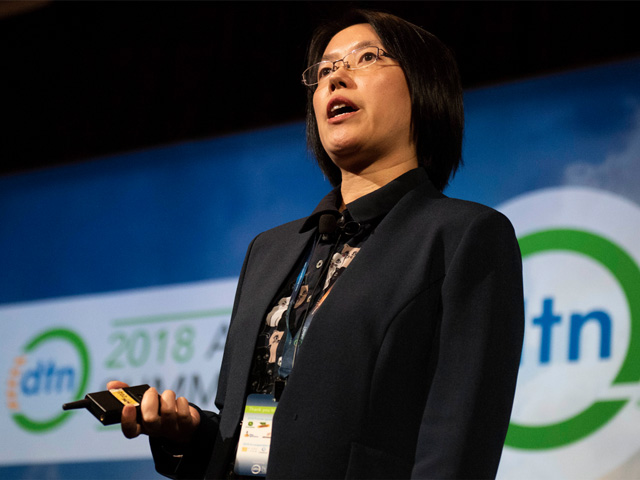