OMAHA (DTN) -- The Minnesota Department of Agriculture is urging farmers who conducted business with the now-closed Ashby Farmers Cooperative in Ashby, Minnesota, to collect any evidence they have to prove they are owed money by the co-op or had grain stored at the facility in order to file a bond claim with the department.

The MDA issued an advisory to farmers on Tuesday to begin the process of trying to recover at least some of the losses.

The 307,000-bushel-capacity grain elevator closed earlier this month after it was discovered the elevator's former manager had allegedly stole about $2 million from the business before disappearing.

Bob Zelenka, executive director of the Minnesota Grain and Feed Association, said the Ashby case is like no other in the state.

"It is certainly unfortunate when something like this happens because it reflects poorly on the whole industry," he said. "In my 38 years with this industry, I have never witnessed anything as unusual as the situation in Ashby."

According to the MDA, farmers with claims against the elevator should start by completing a grain bond proof of claim form. The form can be accessed at: http://www.mda.state.mn.us/…

The MDA asks that the forms and supporting evidence be sent by email to Christine Mader at christine.mader@state.mn.us; by fax to 651-201-6108; or by mail to the Minnesota Department of Agriculture, Fruit, Vegetable and Grain Unit, 625 North Robert St., St. Paul, Minnesota, 55155.

In the notice to farmers on Tuesday, the MDA said it would begin a review of claims once all claims are received, along with paperwork, internal documents and records from state inspector visits. This is done to determine which claims are valid.

If the state receives multiple valid claims, a prorated share of funds will be calculated and dispersed.

According to the Minnesota Grain and Feed Association, results have been mixed in the success of bonds covering losses at elevators.

There have been 10 grain buyers in Minnesota forced to close since 2011 in which farmer customers filed bond claims. Four of those firms were specialty grain buyers, primarily non-GMOs for export, with an average of 32% of claims covered by the bond. The other six firms were more typical grain elevators, with two covering 100% of farmer bond claims, one covering 98% of the bond claims, another covering 73% of claims and two with only 11% and 7% of farmer claims covered by the bond.

An audit of the Ashby Farmers Cooperative's books is ongoing in order to detail actual losses, and investigators are looking into the alleged fraud by former elevator manager Jerry Hennessey. He had managed the elevator since 1989, but has not been seen in Ashby since it became clear the elevator was missing funds.

The cooperative has about 300 members who are defined as having at least $500 in transactions with the elevator over the past year.

The elevator held a bond with the MDA valued at $125,000. It also holds insurance for crimes at $100,000 per loss. Beyond what is owed to farmers, the co-op also owes $8 million to the Farm Credit lender CoBank.

An initial investigation showed at least $2 million in unauthorized checks signed by Hennessey, which included more than $1 million paid on a personal Cabela's Visa card, more than $500,000 for taxidermy services and $375,000 for safari hunting trips. Hennessey is a big-game hunter and was out of the country most of August on a safari trip.

A criminal investigation has been opened by the Grant County (Minnesota) Sheriff's Office, and the Minnesota Bureau of Criminal Apprehension is assisting. 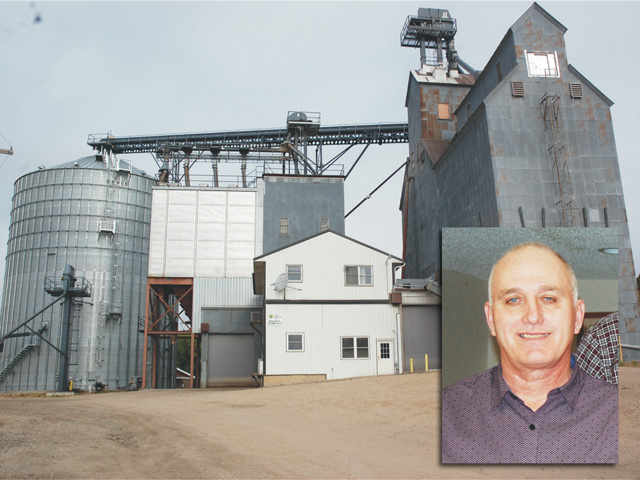