OMAHA (DTN) -- With rainfall totals in parts of North Carolina reaching as much as 36 inches since Thursday due to Hurricane Florence, a big chunk of rural North Carolina was largely marooned Monday with more than 1,000 roads closed in the state.

"We're seeing some blue skies, and that makes everybody's spirits a little better and that old Flo (Florence) has gone on north somewhere," Wooten said. "We don't wish it on anybody, but we're just glad it's off the coast of North Carolina."

The North Carolina Farm Bureau is also a major insurer in the state, and people with personal property and business damages were trying to call offices to file claims. But phone lines were down and travel remains nearly impossible in parts of the state because of flooded roads and bridges.

"We got over 1,000 roads closed in this state," Wooten said. "We can't even get out with our insurance company and adjust claims in those hardest-hit areas because offices are marooned."

Reuters reported Monday there were more than 462,000 homes and businesses without power in North Carolina and South Carolina. Some cities, such as Wilmington, North Carolina, also were basically surrounded by rising flood waters, requiring authorities to look at providing aid supplies by air.

While it's too early to make specific damage calculations, the storm hit North Carolina with nearly all of the state's 420,000 acres of cotton and 100,000 acres of peanuts still in the field. The cotton damage is unknown, but peanuts may manage while still in the ground.

North Carolina also is the largest sweet-potato-producing state, and at least half the crop is still in the ground. Whether the crop suffers major damage depends on how long those sweet potatoes remain under standing water.

"If the water stands on them very long, they will probably sour and be no good," Wooten said.

Corn farmers worked pretty feverishly to get as much of the crop out as they could before the storm hit, Wooten said. But about half of the state's 163,000 acres of flue-cured tobacco was still in the fields, as well, he said.

"It's suffice to say the storm could not have hit North Carolina agriculture at a worse time, and North Carolina agriculture will take the brunt of the hit in terms of losses and expenses from this storm," Wooten said, adding that the best tobacco, for instance, was still in the fields. "It's undetermined as of yet what in the field will be salvageable, and we grow 50% of all of the tobacco in the United States."

Tobacco in the bulk-curing barns also likely suffered damages, especially for farmers who lost power and could not keep heated air moving through the flue boxes.

While the crops will take a hit, Wooten credited North Carolina poultry and livestock producers for preparing ahead of time for the hurricane. "I would say almost all of our hog and poultry operations have auxiliary generators to make sure they can keep feed going into those houses, water going in there, as well as keep air on those animals," Wooten said.

Wooten advised farmers to document their losses for crop insurance agents and the local Farm Service Agency when offices reopen. President Donald Trump had issued disaster declarations for both North and South Carolina that will open up some federal USDA programs for farmers and livestock producers.

One concern Wooten said is how farmers will now apply for trade aid assistance under the USDA Market Facilitation Program created last month. Under the program, farmers have to report their actual production from the 2018 crop to receive aid. But that will not help farmers who may have been weeks away from harvest who now have suffered significant yield losses because of the storms.

"So there's a question when you go into the FSA office whether the loss is from the tariff or from the hurricane, so for us, it's going to be a little different," Wooten said.

In addition, hog producers pumped down lagoons in anticipation of high volumes of rain. The North Carolina Pork Council reported Monday that there had been at least one hog-lagoon breach on a small operation, but an inspection showed the solids remained in the lagoon. At least four other lagoons were overtaken by flood waters. With more than 3,000 active lagoons, the pork council was concerned about the impact of flooding.

Wooten said he had not heard of any hog producers' lagoons breaking, but there were also problems with city waste-water treatment facilities.

"But we have got municipal sewage that dumped millions of gallons of untreated sewage and nobody seems to say anything about that, but they want to jump on the hog industry in North Carolina," he said. 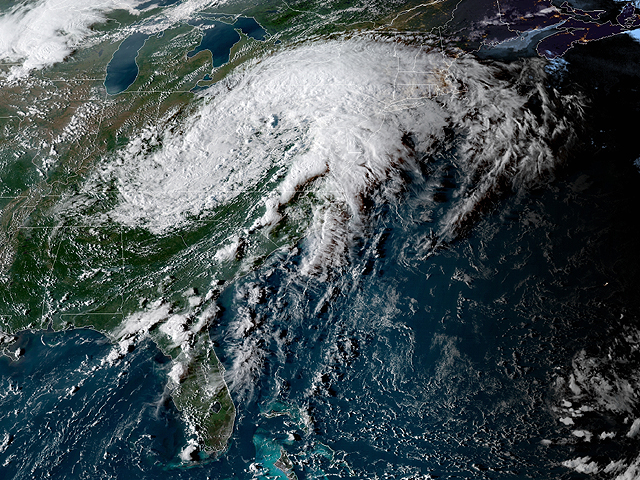