OMAHA (DTN) -- Farmers face tough nutrient management decisions as the fall fertilizer application season rapidly approaches. Issues with tight crop margins and possible uncooperative weather cause nutrient losses will factor into whether fall application is a logical option or not, according to nutrient specialists.

A challenging year has led some farmers to consider their fertilizer options when it comes to fall application, Dan Kaiser, University of Minnesota (UMN) Extension nutrient specialist, said during a monthly UMN Nutrient Management podcast earlier this week. While there are some good crops in Minnesota, large amounts of rain earlier in the growing season has led to some issues with nutrient availability as water drowned out crops.

Kaiser said one area that farmers should think about would be nitrogen sources, rates and when the fertilizer is applied. The fall application of nitrogen must be carefully to assure the nutrient is there in the spring for the plants and not lost, he said.

Nitrogen source and the timing of the application goes a long ways into determining how much nitrogen will be available to plants come spring, he said.

Fabian Fernandez, a UMN Extension nutrient management specialist, said applying too much nitrogen in the fall can lead to nutrient leaching in the soil as well as lower profits as more money than necessary has to be spent. Heavy rainfall more often in the spring may be pushing some to apply nitrogen in the fall but shifting more application to the fall increases the risk of losing the nutrient, he said.

"I would really encourage people to look at if they are applying a lot of nitrogen in the fall to potentially changing this practice, even if this an acceptable practice in their area," Fernandez said. "Regardless if you use a nitrogen inhibitor, by springtime this inhibitor will wear off."

Fernandez said a spring pre-plant application of nitrogen would be a better choice than a fall application in terms of nutrient availability. Typically fall-only applications of nitrogen usually have the lowest yields in research, he said.

Over-applying nitrogen just to chase the last few bushels is not a good practice for the bottom line if the economics doesn't justify it, he said. In addition, when more nitrogen is applied then a higher percentage of the nutrient will be lost if uncooperative weather (too much moisture) is present.

Vetsch said some western Minnesota farmers apply urea in the fall for a source of nitrogen come spring as this part of the state tends to be drier and the nutrient is not lost. This practice is happening less often as the region seeing heavy rainfalls which occur more often, he said.

"If nitrogen has to be applied in the fall, the best form would be anhydrous ammonia," Vetsch said. "And delaying this applications as late as possible would be good as well."

Phosphorus (P) and potash (K) application in the fall is also a common practice and soil tests should be used to determine if these applications are necessary, Kaiser said. Eliminating applications on fields with a soil test showing high levels of P and K could be an effective way to cut costs if the levels are above these levels.

Vetsch said with much of the farm land rented in the state of Minnesota, many farmers choose to apply a more maintenance level of P in the soil. Keeping the P in the soil in the 14 to 19 ppm range is a good plan both agronomically and economically, he said.

Fernandez said research has shown that in many cases farmers will over-apply P while at the same time under-applying K. Farmers should examine the results of their soil tests closely for both P and K and consider what to spend their money on, he said.

"In some case it might be better to apply potash than more phosphorous," Fernandez said.

Kaiser and Vetsch agreed that K is frequently an overlooked nutrient as many soils in the region are often high in K levels. Many soils in the western Corn Belt are naturally high in K but some soils would still need K applications.

If soils. are lacking in K, it would be a smart investment to apply more K than spend more money applying P if the P levels are already high, Vetsch said. Potash levels from 120 ppm to 140 ppm are generally high enough not to need an application, he said. 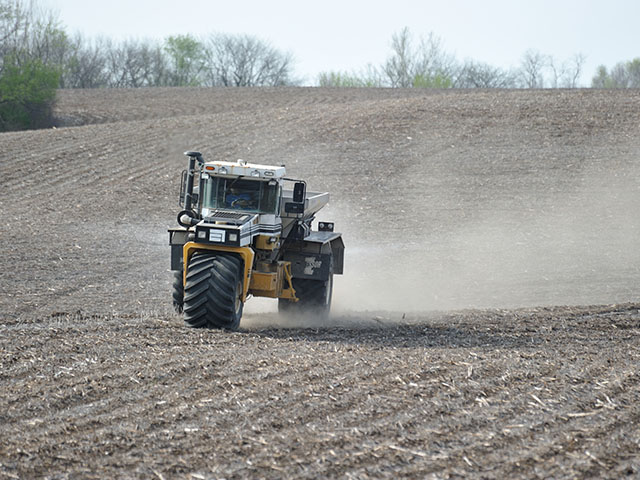