DECATUR, Ill. (DTN) -- Illinois has been a hot spot for the dicamba debate in 2018. Injury complaints to the Illinois Department of Agriculture are running 20% higher than during the same period in 2017.

With re-registration of the herbicides approved for use with the Xtend technology pending and off-target movement still being reported, the Illinois Fertilizer and Chemical Association (IFCA) felt a survey of custom applicators might provide some helpful clues to assess experiences with post application of dicamba on soybean.

The intent was to give feedback to registrants and other stakeholders on how this technology might be better managed, said IFCA President Jean Payne.

"We are working diligently at IFCA to work with our members and devise a path forward for dicamba. I think we uncovered some things that can address concerns, whether it is at the state of federal level," she said.

The results of that poll were released Thursday, Aug. 9. You can find the entire survey posted here: www.ifca.com.

The majority of those complaints were being made by farmers regarding symptoms on soybeans. "Overall, IDA has taken nearly 1,000 phone calls on this issue in 2018; most are from farmers, but there are also calls regarding symptoms on other sensitive plants. The number of official dicamba-related complaints has increased from 2017, and IFCA believes it is imperative to provide useful recommendations going forward to address the off-target issues related to dicamba use in soybean that cause concern in the farming community and to assure continued public trust in judicious pesticide use," the association said in a prepared report.

The 113 responses in the survey show a divided membership. Almost 35% of the answers came from central Illinois, which is an area heavily devoted to custom application. In the poll, 90% of the applicators said they sprayed dicamba in 2018. Over 70% said they observed symptoms in adjacent non-dicamba-tolerant soybeans when the wind was not blowing toward the field at the time of application. Nearly 55% said they saw fields where multiple dicamba exposures likely occurred. The finger was pointed at volatility as the primary factor for those symptoms.

Still, the symptoms observed were reported as "light cupping" of soybean leaves, and over 70% ranked weed control in Xtend soybeans as good to excellent.

"Do not apply when sensitive crops are downwind" was ranked as the most difficult aspect of the label for applicators, followed by wind-speed requirements, identifying nearby sensitive crops, inversions, in-field buffers, clean-out procedures, soybean growth cut-off stage, recordkeeping and no pre-sunrise or post-sunset applications. Nozzles were the least difficult aspect.

"What really stood out is this: Dicamba works on weeds and in areas of the state where we have a lot of pressure. However, it is very difficult to keep on target by even the most professional, experienced applicators," Payne told DTN. "We have to define some parameters that work better for the professional applicators."

EPA tacked on additional label restrictions for the 2108 season after off-target movement issues became apparent the previous year, the first year Engenia, FeXapan and XtendiMax were available to use in-season on Xtend crops.

"Not that we need more restrictions, but there are things on that label that need to be better defined (such as the downwind designations), and the registrants have to understand that," Payne said.

"IFCA's position has always been stewardship is important and regulations don't mean anything unless they can be enforced," she added. "I think there's definitely room to better define the language on those labels and still allow use of this product."

The 41-question IFCA survey reveals that, despite challenges, 46% of those commercial applicators still consider the technology to be largely positive when considering all aspects of the dicamba experience. The rest were negative or neutral.

Payne said there's no time to waste if farmers and applicators want a say in this issue. The clock is ticking on the dicamba labels. "Some of these discussions might be uncomfortable, but how much more uncomfortable can we get?

"The trait is going to be in the field next year, whether we have an approved herbicide or not," Payne noted.

Payne acknowledged that some may balk at the remedies IFCA will likely suggest. Stiff penalties for those who shirk the rules may be included in the suggestions. "But farmers that want this weed control need to embrace compromise because it what may be what allows them to keep it as a tool, " she added.

"I'm lucky to work for an organization that would rather be at the table offering ideas, rather than reacting. We have to use pesticides in manner that assures public trust in our industry. Society rightfully expects the agricultural industry to successfully co-exist in increasingly diverse rural and urban communities," she said. 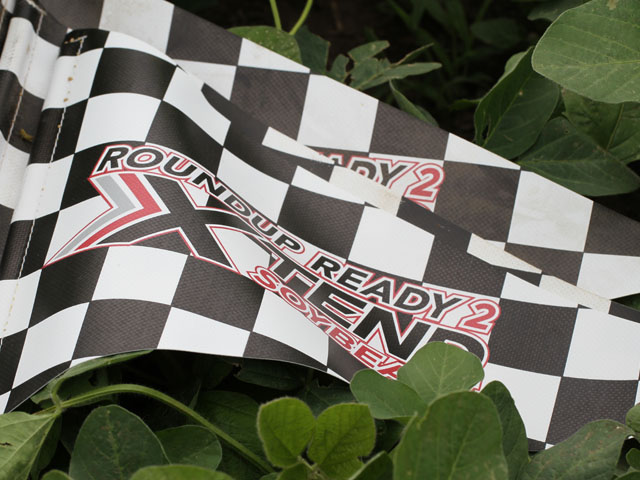