OMAHA (DTN) -- Trading partners on Thursday took out their anger at the United States by targeting U.S. agricultural products after the Trump administration announced it was moving ahead with tariffs on imports of steel and aluminum.

Commerce Secretary Wilbur Ross announced the 25% tariff on steel imports and 10% tariff on aluminum from Canada, Mexico and the European Union while setting quota limits on other countries that export the metals to the U.S.

The moves come one day after the Trump administration announced it was moving ahead with $50 billion in tariffs against Chinese imports as well.

Mexico responded quickly, stating that steel and aluminum trade add to the competitiveness of North America in several industries and that Mexico is the main buyer of U.S. aluminum and second-largest buyer of U.S. steel. With that, Mexico said it would impose equivalent measures against U.S. steel, as well as agricultural products, including pork legs and shoulders, sausages, apples, grapes, blueberries and various cheeses.

The European Union will go to the World Trade Organization but will also invoke tariffs affecting about $3.5 billion in U.S. goods, which includes about $1 billion in agricultural products. Rice, cranberries, sweet corn, orange juice, kidney beans, peanut butter, tobacco and whiskey are among the agricultural products the EU listed earlier this year as targets. The EU exports about $6 billion in steel and $1.2 billion in aluminum to the U.S.

U.S. farm groups responded to the uncertainty that tariffs add to their markets. The National Pork Producers Council noted Mexico's retaliation response, which is critical given that Mexico imports $1.5 billion in U.S. pork, making it the largest U.S. pork market. Canada imports $792 million in U.S. pork as well. NPPC said the retaliatory tariffs come as the pork industry is in expansion mode.

"The market disruption caused by export market uncertainty comes at a time when U.S. pork is expanding production to record levels," NPPC said.

Kevin Skunes, a North Dakota farmer and president of the National Corn Growers Association, said the tariffs create more risk over who will be buying the crops being planted this spring. Given the 52% decline in farm income since 2013, Skunes said, the uncertainty affects financing and marketing for farmers.

"Imposing tariffs has the potential to undermine positive relationships with our closest allies and erode long-standing market access," Skunes said as NCGA called on policymakers to negotiate a better trade outcome.

Brian Kuehl, executive director of the group Farmers for Free Trade, was a little stronger in tone, saying that the tariffs "will harm U.S. farmers and take many American farm operations to the breaking point." Tariffs risk wiping out decades of work to build trade relationships as well, he said. "American farmers overwhelmingly supported President Trump in 2016 but will not be silent in the face of trade wars that harm U.S. agriculture," Kuehl said.

Looking at the market response, DTN Senior Analyst Darin Newsom said, "The general silence has been deafening." The Dow Jones Industrial Average fell 251 points, or about 1%. July and August soybean contracts fell 4.4 cents each on Thursday as well, reflecting declines that began earlier in the week. While no market has "blown up yet," Newsom noted, "The bottom line is markets don't like uncertainty."

Canada is the largest steel exporter to the U.S., shipping roughly 5.8 million metric tons to the U.S. in 2017. Canadian officials responded by planning $16.6 billion in tariffs of their own, including a 25% tariff on an array of steel and iron products from the U.S., as well as 10% tariffs on another long list of products, which included several food product and household items. Those tariffs could go into place as soon as July 1. (See https://www.fin.gc.ca/…)

Beyond the tariff response was the reaction of Canadian leaders who took offense to the Trump administration's moves. Prime Minister Justin Trudeau called the U.S. tariffs "totally unacceptable" given that the U.S. and Canada have been allies for 150 years. Trudeau said the U.S. remains "our partners, allies and friends," but the U.S. actions were "an affront to the long-standing security partnership between Canada and the United States, and in particular, to the thousands of Canadians who have fought and died alongside American comrades-in-arms."

The Aluminum Association also weighed in, and pointed out that the industry did not want such tariffs on U.S. trade partners. The group said the tariffs are off-target because the major global industry problem is overproduction in China.

"Today's action does little to address the China challenge while potentially alienating allies and disrupting supply chains that more than 97% of U.S. aluminum industry jobs rely upon," said Heidi Brock, president and CEO of the Aluminum Association.

The American Petroleum Institute, often an ally of the Trump administration, said the tariffs will disrupt the oil and natural gas supply chain, "compromising ongoing and future U.S. energy projects, which could weaken our national security," said API President and CEO Jack Gerard. "Additionally, Canada, Mexico and the European Union are imperative members of our Defense Industrial Base (DIB) and are top military allies -- far from a threat to America's security."

The administration has maintained the tariffs are necessary for national security, but Ross indicated in comments to reporters that the tariffs were imposed because trade talks with the EU were not moving quickly, nor had the NAFTA talks with Canada and Mexico.

"Those talks are taking longer than we had hoped," Ross said. "There is no longer a very precise date when they may be concluded, and therefore (Canada and Mexico) were added into the list of those who will bear tariffs."

Ross also downplayed any significant rift in the U.S. economy because of the tariffs, saying they would add little to the price of metals.

Still, some Republican lawmakers criticized the administration's move. Sen. Ben Sasse, R-Neb., held little back in his reaction. "This is dumb," Sasse said in a statement. "Europe, Canada, and Mexico are not China, and you don't treat allies the same way you treat opponents. We've been down this road before -- blanket protectionism is a big part of why America had a Great Depression. 'Make America Great Again' shouldn't mean 'Make America 1929 Again.'"

Sen. Orrin Hatch, R-Utah, chairman of the Senate Finance Committee, called the tariffs "a tax hike on Americans that will have damaging consequence for consumers, manufacturers and workers." 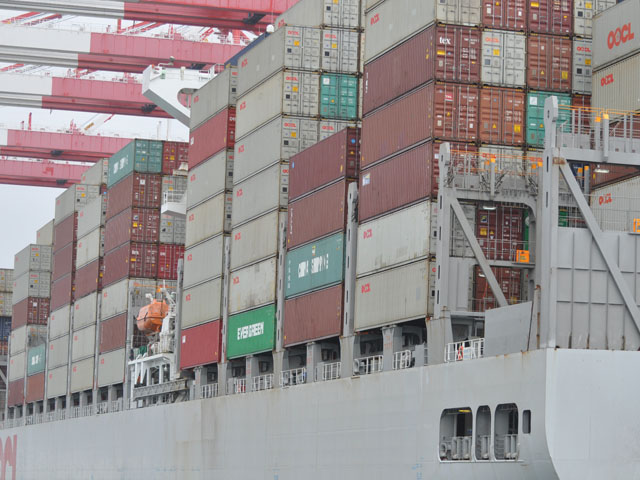