ANAHEIM, Calif. (DTN) -- As the Commodity Classic show and expo wrapped up, farmers walked away worried they were seeing demand being undercut for both corn and soybeans because of different policy choices.

Farmers were again watching actions at the White House throughout Thursday. Leaders of the American Soybean Association became anxious about import tariffs on steel and aluminum leading to a trade backlash. Meanwhile, corn growers watched for news out of yet another White House meeting on the Renewable Fuel Standard.

Agriculture Secretary Sonny Perdue walked off the stage after a brief forum that focused heavily on the RFS to take immediate questions about fears that China could retaliate against President Donald Trump's move to slap tariffs on steel and aluminum imports.

"They (China) understand they are a huge part of our (U.S.) market, and they before have used their ability to use retaliatory measures against agriculture," Perdue said.

Perdue said USDA is preparing to help from a "mitigation perspective" if there are market disruptions. But he said the U.S. isn't responsible for another country's retaliatory actions.

"We're hoping to communicate to them that we have a great product and willing to move in the marketplace," Perdue said. "We have to go find markets elsewhere as we have already been trying to be doing."

Soybeans amount to $14 billion in export value to China, making it the largest U.S. commodity shipped there.

"We certainly are nervous about it," said Richard Wilkins, a Delaware farmer and former president of the American Soybean Association. "We are taking a message to point out to some members of Congress who are up for reelection this year that the value of agricultural exports from their own states are more important than the value of steel imports."

While soybean farmers are worried, the tariff decision did not translate into a backlash Thursday against soybean prices. The May soybean contract was up 12.4 cents to $10.68 a bushel, and the November contract was up 5.6 cents to $10.38 a bushel. The announcement of tariffs was overwhelmed by the announcement in Argentina that its crops are poor this year and the country is lowering its harvest outlook on soybeans by 3 million metric tons, said DTN Analyst Todd Hultman.

That market move wasn't lost on John Heisdorffer, president of the American Soybean Association and a farmer from Keota, Iowa. He noted soybean prices have been coming up during the last two weeks because of dry conditions in Argentina. But if China chooses to retaliate, it could be devastating to the American soybean farmer, he said.

"Brazil has got a pretty big crop, and they (China) can buy more from them for a while," Heisdorffer said. "Brazil has so many acres they can put into production pretty fast. Let's say if we lose 20% to 30% of our market, and they pick it up, then what happens?"

Heisdorffer pointed to the market response after China announced it was investigating sorghum imports. "The deal with sorghum was a shot across the bow," Heisdorffer said.

During his forum, Perdue pointed out that there are a lot of challenges in commodities right now with prices and supply. With that, producers need to talk more about solutions, which includes looking at possible demand points when it comes to biofuels.

"It's been a huge part of the success of agriculture, and this is not the time to decrease demand. Obviously there are a lot of challenges out there with prices and supply," he said. Perdue added, "I'm a grow-demand kind of guy. I don't like to limit supply. I like to grow demand."

Still, the secretary stressed that farmers have to engage in "uncomfortable conversations" that could lead to changes between EPA and refiners but still grow the market for ethanol, particularly E15.

"I know a lot of people think that it does," Perdue said. "My point is we can no longer sit back and say there is no problem at all, or we don't have to do anything. We have got to engage and we have got to find solutions that can do the two things I'm talking about -- and that is maintain, at a minimum, the volume we have now and grow that volume to the RVP (Reid Vapor Pressure) waiver for E15 and growing the demand in an organic kind of way, not necessarily in a compliance kind of way."

Perdue said he believes the markets and growth will be there for American agriculture in the future even if it has been slow expanding markets either domestically or internationally at the moment.

"It's brutal right now. Let's not sugarcoat it. It's tough," Perdue said of farmer economics, adding that more farmers are taking jobs in town. He added, "Not everybody survives in any small business or any large business in that regard."

Jon McClure, a farmer from Stafford, Kansas, said he sent Perdue a letter Thursday morning thanking him for coming out to Commodity Classic. McClure said he understood it has been a stressful week, but McClure stressed the importance of ethanol to his farm.

"The fact that Big Oil is coming after us tells us how much they want us to go away," McClure said. "If I lose ethanol, I am done."

McClure also told Perdue his cattlemen neighbors depend on trade. Then, McClure pointed to the situation with steel and aluminum tariffs.

"The soybean folks here today are scared to death about what's going on," McClure said. "But I just came out of a meeting where if we can hold our ground, the future is bright. So the seas are really rocky right now, and we are really counting on you, sir."

Pam Johnson, an Iowa farmer and former president of the National Corn Growers Association, asked Perdue if he supported a cap on renewable identification numbers, or RINs. She said a cap on RINs would limit the demand for ethanol and not allow corn farmers to grow demand. "So we are totally against a cap on RINs," she said.

Perdue responded, "No, I don't think a cap on RINs are the solution, but we have got to engage, obviously, in how to use this opportunity to grow demand rather than just saying everything is fine and there is no problem. You can't just sit back and say, 'No, no, no, no, no.' Let's be smart about it and innovate the way farmers do."

Johnson said after the forum that Perdue's comments did not ease her fears that changes in the RFS could jeopardize corn demand, not just this year, but long term. "I am thankful that he is open to sit at a table and hear the voice of why (RINS) really matter," she said. "I would like to believe and be reassured, but I believe in trust but verify."

Thursday morning, Perdue met with leaders from the various commodity groups with a big focus on how to grow demand through trade and also how to "engage honestly and forthrightly into the RFS issue."

In the afternoon, various farm groups issued statements expressing frustration over the risks of trade retaliation or risks of losing biofuel demand. The one resounding theme was of uncertainty as groups representing producers struggling with continued low prices fear lower demand for their crops.

U.S. Wheat Associates (USW), which markets wheat in foreign markets, and the National Association of Wheat Growers (NAWG), which represents growers, said they are extremely disappointed in the tariff decision.

"We have repeatedly warned that the risks of retaliation and the precedent set by such a policy have serious potential consequences for agriculture. It is dismaying that the voices of farmers and many other industries were ignored in favor of an industry that is already among the most protected in the country," the two groups said.

Following the third White House meeting on the RFS, Kevin Skunes, a North Dakota farmer and president of NCGA, again asked a question corn farmers have been asking of EPA and White House officials all week. "What is the problem you are trying to solve?" Skunes asked.

Citing an EPA study from November, Skunes pointed out refiners are recovering the cost of RINs through the prices they receive for refined products and that RIN values are not causing economic harm to refiners.

"For farmers, ethanol blending equals corn demand. Farmers care about RIN values, not because we want them to be high, but because we want the RIN market mechanism to work freely to incentivize blending," Skunes said. "Increased blending will, in turn, lower RIN values, exactly the way the RFS is intended to work. Government manipulation of the RIN market, on the other hand, disrupts the incentive to blend." 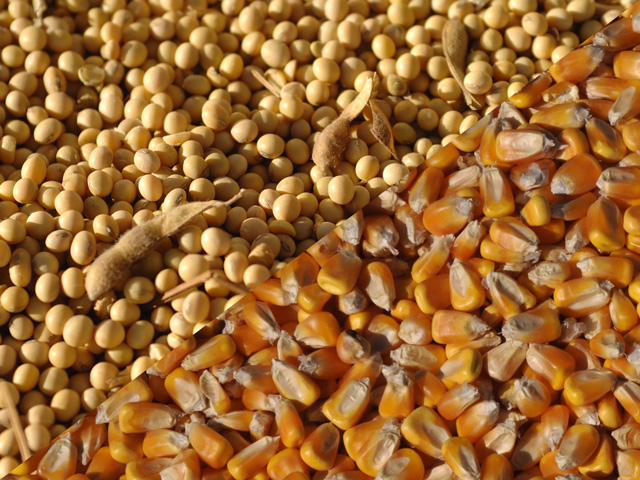