OMAHA (DTN) -- Bill Northey was confirmed by voice vote in the U.S. Senate on Tuesday to be the next USDA undersecretary of agriculture for farm and foreign agricultural services, according to the Senate Press Gallery's Twitter account.

The action came just ahead of a scheduled meeting with President Donald Trump and members of his cabinet at the White House, along with Sens. Ted Cruz, R-Texas; Charles Grassley, R-Iowa; Joni Ernst, R-Iowa; and Pat Toomey, R-Pa.

The confirmation comes after a 179-day hold by Cruz, who held up the Iowa secretary of agriculture's nomination as leverage to push for reforms to the Renewable Fuel Standard.

Northey's confirmation raised questions about whether a deal already had been struck, one day after U.S. Secretary of Agriculture Sonny Perdue and U.S. Environmental Protection Agency Administrator Scott Pruitt reportedly offered RFS reform proposals to the president during a Monday lunch meeting.

However, Sen. Charles Grassley, R-Iowa, indicated in a tweet Tuesday morning that no deal had been made at the RFS meeting. "Just left WH mtg on the RFS. Same discussion again. No deal made. RFS program design destroyed by RIN cap/waiver. Not 'win win' promised Would destroy ethanol demand making benefits of RVP useless," he wrote.

Politico reported on Monday that Perdue and Pruitt offered a number of proposals that could be acted upon administratively. That includes allowing the sale of E15 year-round, capping the price of renewable identification numbers (RINs), the creation of a credits market for exported ethanol, as well as a proposal to block Wall Street from trading in the biofuels credits market as a way to prevent fraud.

Northey said in a statement to DTN on Tuesday that he has not wavered in his willingness to serve at USDA.

"While this process has taken longer than expected, I remain as excited as ever to work with Secretary Perdue and the staff at USDA to support of our nation's farmers and ranchers," he said.

"I want to express my deep appreciation to the people of Iowa for affording me the opportunity to serve in this role for the past 11 years. Working with and learning from the men and women who make Iowa agriculture the dynamic and productive industry that feeds the world has been the honor of a lifetime."

Iowa Gov. Kim Reynolds said in a statement that Northey has been good for the state's agriculture industry.

"Bill Northey is a talented, passionate, hard-working Iowan, and I am excited to see him serve in this new role," she said. "Bill served Iowans as secretary of agriculture for more than a decade. His time was marked with significant progress and innovation in agriculture, including water quality. He also provided our state with rock solid leadership in times of droughts, floods and an avian flu outbreak. Through it all, his commitment to this state and its people never wavered."

"In 30 years advocating for ethanol, I have met and worked with hundreds of state ag secretaries. I can tell you without question or hyperbole that Bill has been the hardest-working, most-knowledgeable, and most-committed to farmers of anyone I have ever known. He will now bring that passion and expertise to farmers all across the country." 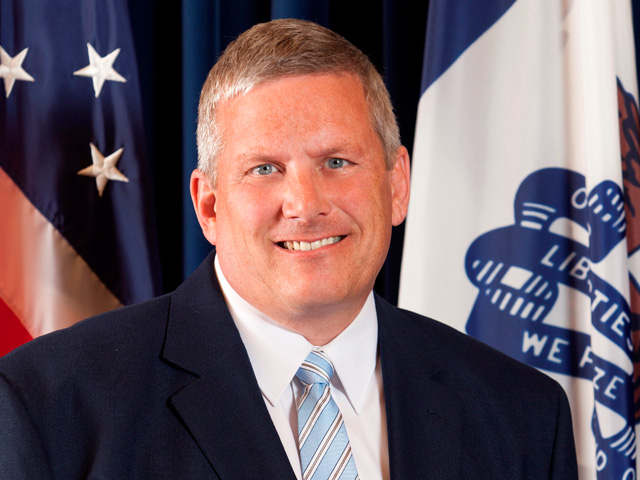