OMAHA (DTN) -- Angie Setzer, vice president of grain at Citizens Elevator, recalled a recent Facebook post showing what happens when the internet goes down. It was a picture of Laura Ingalls Wilder's home on Little House on the Prairie.

"Rural America is easily disconnected from the world, and life anymore functions completely with internet," Setzer said. "You pay that way, you learn that way, you watch TV that way."

Invigorating technology innovation in rural America was one of the justifications used by Federal Communications Commission Chairman Ajit Pai in his push to revoke regulations requiring equal access to internet websites -- known as net neutrality. The FCC announced Tuesday it would move ahead with a proposal to revoke net neutrality, which Pai, a former attorney for Verizon, said essentially amounts to the federal government micromanaging the internet.

The FCC, which is divided 3-2 Republicans over Democrats, could vote on Pai's proposed rule as early as Dec. 14. The decision will likely lead to legal battles and continued debates in Congress over whether to step in.

The FCC created the net neutrality rule in 2015 when Democrats controlled a majority of votes at the commission. The rule essentially classified high-speed internet as a public utility that should provide equal access. The FCC said Tuesday that the commission will return to "a light regulatory touch" that had been the FCC strategy for more than a decade leading up to the 2015 rule.

Defenders of net neutrality argue internet companies could block websites or throttle down their speeds, especially if entertainment providers are unwilling to pay for faster access. Companies could potentially favor search engines they own. Verizon Communications, for instance, owns Yahoo.

Another potential concern is that internet providers will start splitting various high-traffic websites into bundled packages, much like cable providers do with television stations. People would then be forced to pay higher fees to view other websites or find the speeds for those unbundled websites throttled down or shut off altogether.

Part of the basis for Pai's deregulatory push is the FCC's claim that the net neutrality rule has stymied investment and innovation in rural America. In a report last spring building the case to revoke the rule, the FCC stated that the smallest internet providers serving rural communities pulled back on plans to provide new and upgraded infrastructure. Actions to eliminate net neutrality would "continue our critical work to promote broadband deployment to rural consumers and infrastructure investment throughout our nation, to brighten the future of innovation both within networks and at their edge, and to close the digital divide," the FCC stated in the report.

The Wall Street Journal reported last June that roughly 39% of rural America, or about 23 million people, still lack high-speed broadband as defined by the FCC as having a minimum download speed of 25 megabits per second. That compares with just 4% of urban residents lacking high-speed access.

The FCC announced a $2 billion broadband auction plan in August to expand rural internet access over the next decade.

Jason Ward, an assistant professor of agricultural engineering at North Carolina State University, said net neutrality could have a significant impact in the new age of precision agriculture.

"We have all these public data sources now, soil maps, rainfall and weather map sources from all over the country we can pull from," Ward said. "Even something as simple as the National Agricultural Statistics Service, the majority of their information is served up via internet from their databases. If you are trying to paint a picture of ag production in a specific state or get some prescriptive stats, you are using the internet to pull their databases."

Ward added that agriculture is producing more data all the time, and farmers are increasing their use of field sensors, infrared imagery and UAVs to gather data on crop production. Tractors also have been capable of streaming data to wireless signals for nearly a decade.

"Kind of the assumption is all of those devices are hooked to the internet, so you are not having to go around to each sensor and collect data so you can describe conditions on your operations better," Ward said. "Tractors, combines and sprayers are also essentially internet devices now. We're basically counting on having that backbone -- that pipeline -- for all of the growth we are seeing in better optimization of ag and delivering the promise of doing more with less that we have to meet."

The prospect of ending net neutrality may mean internet providers can better monetize their networks and afford to expand into service areas that may not have critical populations, Ward said. "So there is a different side to that coin if they are able to monetize a non-neutral internet," he said.

Setzer said she has thought about net neutrality quite a bit. Her only access to internet in north-central Iowa is through satellite, but it's better than parts of rural Michigan where Citizens Elevator also has operations. The company still has a grain elevator in rural Michigan that remains essentially tied to poor internet access.

"It is something that has definitely crossed our minds," Setzer said. "We've had situations when the internet goes down at a facility and the phone goes down, and you are not pulling tickets through when you need to, and you can't accurately tell what needs to be hedged, and then you have concerns over whether it duplicated when you finally catch up," Setzer said. "We've had some real issues with that, and it would concern me that it could get worse."

Setzer said she doesn't know whether costs would go up, but she doesn't believe getting rid of net neutrality would spark more internet services in rural areas where farms and homes are spread wide and thin. "The amount of money it would cost to run cables out to do anything like that, I can't see how you would see an increase in innovation in areas where you have five people in a square mile," she said. 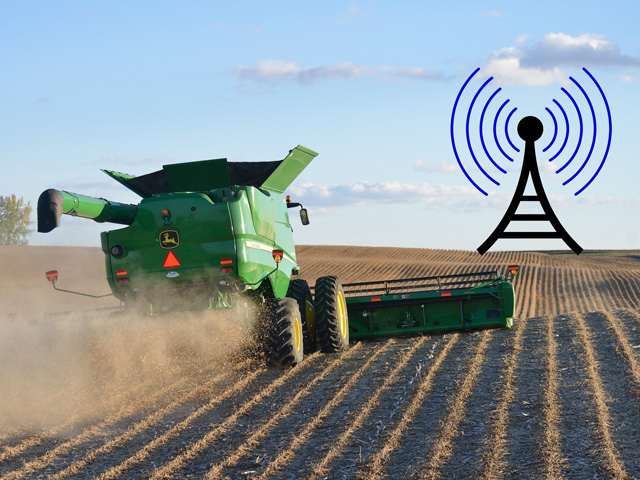