OMAHA (DTN) -- The House tax-reform bill meant to lower taxes could lead to a self-employment tax hitting every landowner who leases land to a farmer and farmers who lease farmland to a family partnership.

"A lot of farmers and ranchers are going to be paying more SE taxes," said Roger McEowen, an agricultural tax-law professor at Washburn University in Kansas. "What they do is say that business income includes everything, including passive income."

The House Ways and Means Committee started on Monday what is expected to be a weeklong process of debating and moving the tax-reform bill out of committee. The Senate Finance Committee will eventually release a bill as well. Senators have made it clear they will have some different provisions in their bill.

"I'm reviewing the House tax reform plan, but it's important to remember that the Senate is writing its own plan," said Sen. Charles Grassley, R-Iowa.

According to a 2014 USDA survey, roughly 80% of farmland landlords, or about 1.85 million people, are non-operators. Nearly 1.1 million lease land as an individual while the rest are in partnerships, trusts, corporations or other structures. In 2014 when the survey was released, those 1.85 million non-farmer landlords also leased out more than 283 million acres of farm and ranch ground.

Beyond the widower or retiree leasing out land, more-complex farming operations could be hit as well. McEowen said a common practice among farmers who own land is to rent it to a separate farm partnership that might involve the landowner-farmer and another family member. The leases are generally structured to ensure the income is not subject to self-employment taxes. That kind of planning goes out the window. "And this is a common planning set up all over the country," McEowen said. "So there are a bunch of setups in ag that are going to face a tax increase. It's not going to be an income tax, but SE tax."

Farmers who do those lease arrangements within families could choose to no longer do so because the tax advantages would be lost. Other farmer tenants could face the prospect of landlords passing that SE tax increase on to the cost of the farm ground they offer for lease. That would depend on how elastic or inelastic the current land market is, McEowen said.

Older people could become more frustrated because they will be paying that self-employment tax knowing they will unlikely see any benefit out of it.

The situation is different for the sole-proprietor farmer who files a Schedule F, or for a general partner in a partnership. They will see a tax decrease because those farmers already pay that 15.3% self-employment tax. So sole proprietors would get a cut because they would now only pay self-employment taxes on 70% of their income rather than 100%, McEowen said.

The change to self-employment taxes on rental income would not apply only to farms. All rental income from residences or other real estate would be affected as well.

The 70% comes down to a formula based on data that 70% of pass-through income is attributable to labor and 30% is capital, McEowen said. So House tax-writers sought to tax the share of income that is tied to labor.

McEowen said he believes the self-employment language will be removed from the bill on the Senate side.

"I think this provision is DOA when it gets to the Senate," McEowen said. 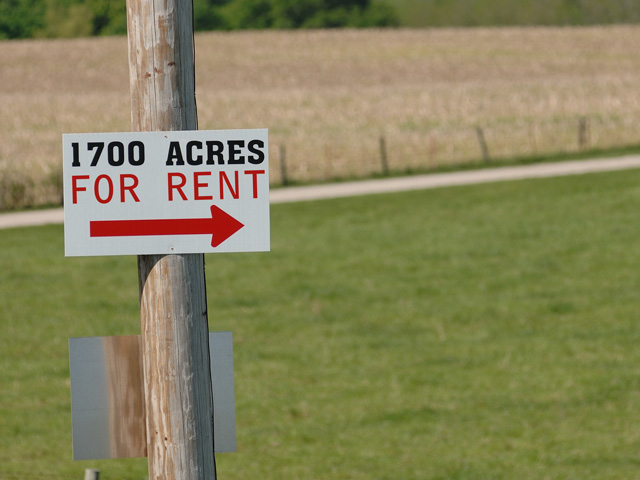