Today -- October 11, 2017 -- is exactly 100 years since the day my great-grandfather penciled the "built-on" date inside the big red barn on our family's farm. We had a good old-fashioned barn dance to celebrate last weekend, which was quite fun and totally worth all the hours of shoveling it required to get the old structure clean enough for company. Builders in 1917 didn't design passageways and corners to be cleaned by a bucket loader.

Among the many interesting things I found during my days of pitchfork work was an old canister of Ward's Gall Remedy for Horses and Cattle; a racy novel tucked behind a haystack by a hired hand sometime before World War II; and a clutch of chicken eggs which, judging by the archaeological layers of packed straw in which they were found, were about 90 years old. They were completely dry and empty but the shells were still intact.

I wish I had found some 90-year old corn! If grass hay can maintain its nutritional value for 70 years or more (just ask the bulls I fed it to), then presumably nice, dry grain can, too. In this era of super-abundant corn inventories being carried over from one year to the next, there may well be some bins of corn that won't be emptied for 18 months or more.

For instance, let's say a farmer filled his on-farm bins with 2016 corn last fall, and let's say he's one of those people who has enough cash on hand to be stubborn about pricing his grain. Having never seen the nearby futures contract peek above $4 in all the ensuing months, the farmer never sold that corn. He decided he'll build a few more bins to hold some 2017 corn, and buy a silage bagger to pack up a few thousand bushels of really dry corn, and the rest he'll take to town.

But what happens if he (and a significant portion of his colleagues) still never moves that grain until they see a spot price of $4, for instance? That could be years away!

Actually, the hypothetical pricing scenario hardly even matters. Just look at the projected corn inventories in this country. If we continue to experience a series of large U.S. corn crops, it won't be long until we're looking at a serious stockpile. Already, about 16% of corn production is expected to remain as ending stocks. By the end of the 2018 harvest, the nation may need enough space for more than 17 billion bushels of corn. By September 2019, what if there are still 3 bb of "old" corn left over?

A study of the worst-case scenario comes from China during the past decade. Only in March 2016 did the government stop stockpiling corn, by ending its policy of promising farmers $9 to $10 per bushel. Even now, it's estimated that the country still has nearly 10 bb of old corn sitting around -- more than they use within one year, and more than they are likely to blend off in at least the next three years. Some of that old corn is especially problematic -- if it was stored improperly in some of rural China's not-so-great warehouses, it may by now be too moldy for any sort of feed use. At one point, it was thought that nearly 800 million bushels were that bad.

But if "old" corn is managed properly, here in the land of shiny American grain bins with fans and moisture probes, its useful lifespan is virtually infinite. That's the consensus among the experts I consulted. Dr. Karl Hoppe at North Dakota State University's Carrington Research Extension Center pointed out that "calling it 'old corn' implies a problem with being old. "Not necessarily." As long as it was dried adequately when it was put into storage, then it should avoid heat damage and mold issues, and therefore be nutritionally the same product as it was when it started.

Dr. Charles Hurburgh, the professor-in-charge of the Iowa Grain Quality Initiative, agreed that properly stored corn can maintain all its protein and all its starch, but he emphasized the importance of getting corn dry and cool immediately after harvest. "Otherwise, it can use up half its storage life within a week if you're not careful. It takes overt planning. You can buy some time by drying it down to 13 or 14%. Cleaning also helps."

Even for corn that will go into "temporary" storage solutions like bunkers or bags, it will be possible for that grain to sit undamaged for a relatively long time.

Dr. Kenneth Hellevang, professor of agricultural engineering at NDSU, cautioned that the grain temperature in bags will follow outdoor temperatures so, "If you're storing in bags for more than a couple of weeks, that corn needs to be dry. To get it through the winter, that means 15% moisture or less. To store it through the summer, that means 13%. And for every 10 degrees cooler you can keep the grain, that will double the allowable storage time."

Let's assume that everything is done correctly for all the 2017 corn that is going into storage right now, and all heat and mold problems will be avoided. If that corn doesn't come out for a few years, will that be a problem? Should the industry be concerned?

There are some apocryphal ideas about "old" corn -- that its color may fade, or its kernels may break more easily, or its bran will harden and make it ferment more slowly in an ethanol plant.

In reality, it's doubtful that a scale operator could tell any difference between a load of 2016 corn or 2014 corn or even 2011 corn at this point. However old it may be, harder corn can always be ground and supplemented with wet feed to make it palatable for livestock. In fact, vitamin A appears to be the only nutrient that gets lost during storage, according to decades-old research, and that is easy to supplement.

Some of that research goes back as far as 1942, back when they were still piling loose hay in the big red barn's haymow. One study from 1961 showed that dry corn lasted seven years without losing feed value! Let's just hope we never find out whether that's still true in 2024. Let's hope it doesn't take that long for the North American corn market to get some boost that will draw down today's growing inventories. 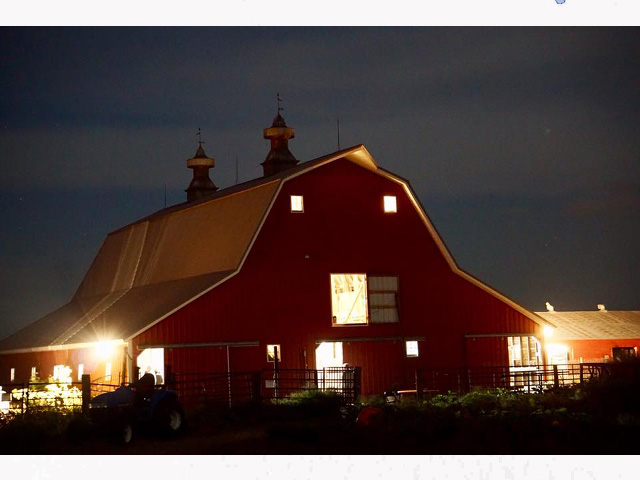