OMAHA (DTN) -- California wheat farmer John Duarte has agreed to pay $330,000 in fines and to undertake mitigation on his farm for alleged Clean Water Act violations, according to a consent decree filed in a federal court in California on Tuesday.

Duarte, who runs a farm and nursery in Hughson, California, has been at the center of a federal prosecution and multiple federal lawsuits against the U.S. Army Corps of Engineers because Duarte tilled vernal pools on his farm. He faced about $2.8 million in fines and upwards of $33 million in mitigation costs to resolve the case.

Duarte's trial was set to begin on Tuesday in the U.S. District Court for the Eastern District in Sacramento. On Monday, Duarte held a live press conference on Facebook featuring employees at his farm who spoke about the potential loss of their jobs as a result of the case.

As part of a consent decree filed with the court on Tuesday, John Duarte has a number of provisions he will have to follow.

As part of the settlement, Duarte has been ordered to pay a $330,000 fine within six months.

In terms of injunctive relief, Duarte and his nursery have agreed to leave undisturbed about 44 acres of waters of the United States on his property for the next 10 years.

According to the consent decree, Duarte is able to use the 44 acres for "moderate non-irrigated cattle grazing and weed, pest, or invasive species control."

The consent decree permanently enjoins Duarte from disturbing conservation reserve lands. He will be allowed to use CR land, however, for non-irrigated cattle grazing and weed, pest, or invasive species control.

In addition, within 30 days, Duarte will be required to submit a plan to the U.S. Army Corps of Engineers to "smooth all disturbed soil surfaces and reasonably match the pre-November 2012 grade and hydrology within impacted waters of the United States on the site," on the 22 acres that were the subject of the case.

Along with the civil penalties, Duarte has agreed to spend $770,000 on a combination of mitigation projects.

Those could include purchasing vernal pool establishment credits from Corps-approved mitigation banks serving the Coyote Creek or Oat Creek watersheds, purchasing credits from the National Fish and Wildlife Foundation's fee program for the Northeastern Sacramento Valley Vernal Pool Service Area, or by taking other mitigation steps approved by the Corps, according to the consent decree.

Both sides in the case agreed to pay their own legal fees. In addition, the decree will be posted for a 30-day public comment period.

Duarte said in a statement on Tuesday the court battle has taken a toll on his family.

"This has been a difficult decision for me, my family, and the entire company, and we have come to it reluctantly," he said.

"But given the risks posed by further trial on the government's request for up to $45 million in penalties, and the catastrophic impact that any significant fraction of that would have on our business, our hundreds of employees, our customers and suppliers, and all the members of my family, this was the best action I could take to protect those for whom I am responsible."

Duarte's attorney from the Pacific Legal Foundation, Tony Francois, said in a statement that Duarte would have been better served to make his case at trial.

"John would have preferred to see this case through to trial and appealed the court's liability ruling, which holds that plowing a field requires federal permission -- despite the clear text of the Clean Water Act and regulations to the contrary," Francois said.

"John and his counsel remain concerned that legal liability for farming without federal permission undermines the clear protections that the Clean Water Act affords to farming and poses a significant ongoing threat to farmers across the nation."

The court is scheduled to hold a hearing in the next 45 days to approve the settlement.

Last week, U.S. Secretary of Agriculture Sonny Perdue said during a news conference he had not been contacted directly by Duarte or anyone else in President Donald Trump's administration about the case. However, Perdue said he intended to have a briefing with EPA Administrator Scott Pruitt and U.S. Attorney General Jeff Sessions as to why the prosecution continued.

Since President Donald Trump's administration announced it is rescinding the WOTUS rule and beginning the process of rewriting, Duarte appealed to the administration to drop the charges.

Duarte's attorneys filed a motion to dismiss the case on July 23.

The Corps has maintained Duarte failed to get a dredge and fill permit before doing the work. This set a chain of events in motion, including an enforcement action against Duarte. Duarte countersued the Corps, but a federal judge found him guilty of violating the Clean Water Act. 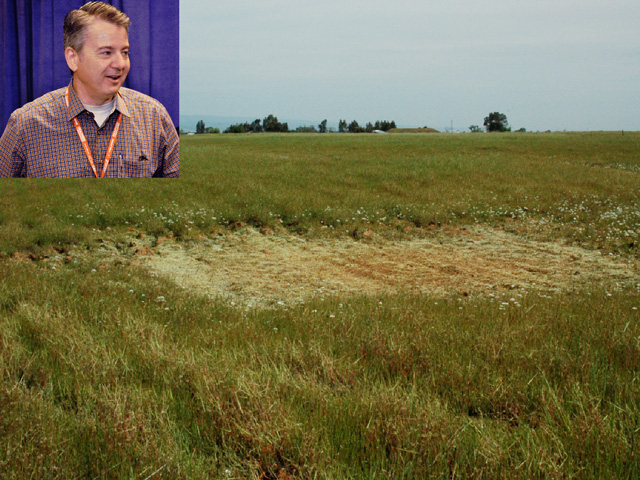