OMAHA (DTN) -- U.S. Environmental Protection Agency Administrator Scott Pruitt is expected to visit 26 states in all before undertaking an eventual overhaul of the waters of the United States, or WOTUS, rule.

State and federal government leaders, as well as farmers in Iowa, met with the administrator in a roundtable discussion held at the Iowa Farm Bureau headquarters in Des Moines on Tuesday, an event that was closed to the media.

Craig Hill, president of the Iowa Farm Bureau, said during a news conference following the meeting that Pruitt emphasized the need for cooperative federalism and to put in place a rule easily understood by farmers and ranchers.

"This (current) rule defies congressional intent," Hill said. "It set the stage where farmers had no clarity on what was the role of the federal government."

Sen. Charles Grassley, R-Iowa, said after meeting with Pruitt that he believes the next rule will be entirely different.

"If another person had been elected president, farmers would need a permit to do normal farming operations," Grassley said.

Although President Barack Obama's administration touted the work being done in Iowa to reduce nutrient runoff through voluntary conservation efforts, Iowa Agriculture Secretary Bill Northey said the WOTUS rule had the potential to derail those efforts through expanding the need for federal permits.

"The 2015 rule was a massive federal land grab that created uncertainty for farmers, with regulatory roadblocks and costs," she said.

During Reynolds' meeting with Pruitt, she said, the administrator continued to emphasize the previous WOTUS rule was "about federal power and not about clean water."

According to a number of analyses on how the 2015 rule would affect individual states, once in full effect, the WOTUS rule would cover about 97% of the state of Iowa.

When it comes to farmers and ranchers, the rule made it difficult to figure out which waters on the farm were jurisdictional in the Clean Water Act.

"The administrator wants to work with all different agencies to write definitions so there is clarity," Sen. Joni Ernst, R-Iowa, said. "It should also define what is not a WOTUS."

Gov. Reynolds said Pruitt indicated a complete rewrite of the rule is moving along quickly.

In the interim, the EPA has posted for public comment a temporary rule to return to the pre-2015 law on waters of the U.S. The public comment deadline on that rule is Aug. 28. So far, EPA has received more than 18,700 public comments through regulations.gov.

Reynolds said she believes the new administrator will take farmers' concerns to heart when conducting the WOTUS rewrite.

"I appreciate the continued outreach," she said. "There is a commitment to not have this go on for long. So we can have predictability and stability, he's moving on it. They really are aggressive at what they're doing."

As part of the national outreach on a proposed rewrite of the rule, the EPA has asked for input from governors in all 50 states. The state of Iowa is among several states that have asked the agency to rewrite the rule based on a legal opinion from the late Supreme Court Justice Antonin Scalia in 2006.

Back in May, the EPA and the U.S. Army Corps of Engineers asked for input from governors on a new definition of protected waters that is in line with U.S. Supreme Court Justice Antonin Scalia's opinion in the 2006 Rapanos v. United States case.

In that case, Scalia wrote that federal oversight should extend to "relatively permanent" waters and wetlands with a "continuous surface connection" to large rivers and streams.

The 2015 WOTUS rule, however, was written based on Justice Anthony Kennedy's opinion in the Rapanos case that waters connected to larger navigable waters by a "significant nexus" could be jurisdictional, including ephemeral streams and smaller water bodies. 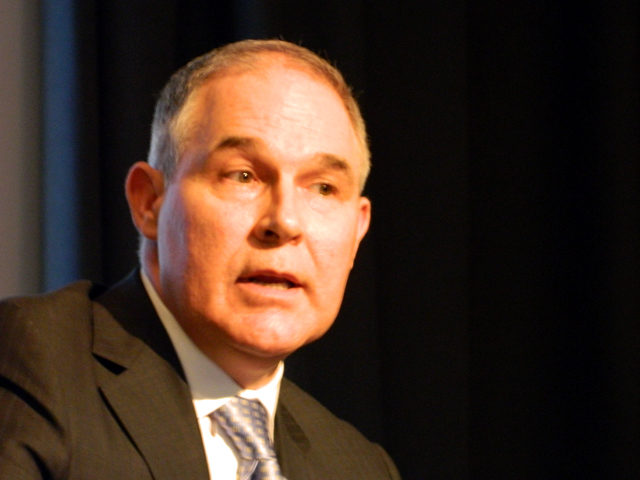