OMAHA (DTN) -- As if the Southern Plains region didn't have enough weather issues after large wildfires burned thousands of acres in March, a late April blizzard dumped up to a couple feet of snow over the weekend. While still undocumented in many locations, the storm caused cattle losses in areas from the Texas Panhandle into eastern Colorado.

Jerod McDaniel, a farmer/rancher from Texhoma, Oklahoma, feels pretty fortunate after the weekend snowstorm dumped a couple inches of rain and about a foot snow on his operation in the Oklahoma Panhandle. Out of his herd of about 500 head, he lost a couple bulls and cow and a calf.

"I have another cow I will probably lose but we were pretty lucky it wasn't more," McDaniel told DTN. "We weren't expecting a full blown blizzard on the last day of April."

McDaniel said his region saw about 2 inches of rain on Saturday, and then the rains changed over to snow on Sunday and about a foot fell in his area. Winds were blowing about 40 to 50 miles per hour (mph), creating blizzard condition, he said.

He has spent the early part of this week locating cattle that walked on drifts over fences during the storm. Some cattle were found in neighbors' fields while others wandered a few miles away, he said.

Other cattle producers in his region were not as fortunate as McDaniel and saw significantly higher cattle losses. North in southwestern Kansas saw more snow and the area around Johnson, Kansas, was especially hit hard with 2 feet of snow.

Jeff Wilson, Kansas State University (KSU) Extension county agent for Stanton County, said the situation around Johnson "is not good at all". There is certainly cattle lost there but no one knows how much yet, he said.

The county got a foot of snow on Saturday and another foot on Sunday. Producers in the county have had a difficult time digging out from the storm with 10-foot-high drifts present let alone checking on their cattle.

"We have so many power poles down right now," Wilson said. "Cats and bulldozers are pull the trucks to fix the poles so we can the electricity back on."

Wilson said he walked over a mile to check some of his own cattle as downed power poles has not allowed him to drive to the entrance of the pasture. Some of his other cattle he has been able to get to since the storm hit.

Cattle losses in the county are going to be seen in all type of operations - from cow-calf, feedlots and even the large dairies located in the area, he said.

USDA has livestock disaster programs in place, including the Emergency Assistance for Livestock Program, Livestock Forage Program and Livestock Indemnity Program. FSA's deputy administrator determines if the weather event was significant enough for the programs to kick in.

Justin Waggoner, Kansas State University Extension beef cattle specialist based at the Southwest Research-Extension Center in Garden City, Kansas, said it is too early to know the extent of livestock losses. There are some reports of cattle lost in both feedlots as well as in cow-calf operations, he said.

"In those counties right along the Colorado border losses may be higher there but for the most part we have heard some losses are not as much as one would expect," Waggoner said. "Producers may have lost a few head but not as many as could have been lost."

Waggoner said feedlots had many challenges in trying to feed cattle during the storm. Some feedlots may have issues with cattle losing weight or not gaining as fast after the storm as they recover from the stress of the storm.

Cow-calf producers may have issues with rounding up wandering cattle, he said.

Todd Domer, a spokesman for the Kansas Livestock Association, said stray animals should be taken in and examined for a brand or other features. This information should then be passed onto the Kansas Department of Agriculture Division of Animal Health at (785) 564-6601.

Domer said producers should also be aware of the Livestock Indemnity Program (LIP). Documentation is important and producers with questions about this program should contact their local county FSA office.

McDaniel said his cattle "looked rough" after the storm. The cattle were completed soaked with the heavy rains one day and then were subjected to the heavy snow and strong winds the next day. Some may have already shed their winter coats as it is spring, he said.

Increasing export and domestic demand are two big reasons why cattle prices have been climbing recently. 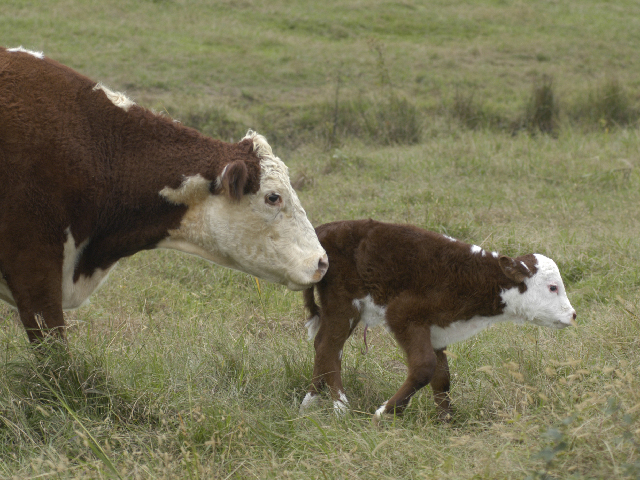