PLATTSBURG, Mo. (DTN) -- The Climate Corporation, a Monsanto Company subsidiary, has backed out of a deal to sell its Precision Planting subsidiary to John Deere. The tentative deal announced in November 2015 is dead.

"We are deeply disappointed in this outcome as we remain confident the acquisition would have benefited customers," said John May, John Deere President, Agricultural Solutions and Chief Information Officer.

The deal has been in rough waters since August 2016 when the U.S. Department of Justice (DOJ) filed a lawsuit to stop it, alleging that the sale would give Deere a monopoly on "high speed planting technology."

Deere introduced its ExactEmerge planting technology for high-speed planting in 2014 at about the same time Precision Planting's SpeedTube hit the market. Both systems use a conveyor belt -- instead of a traditional gravity drop tube -- to place seed in the furrow at up to 10 mph. That is about twice as fast as most other methods, and DOJ alleged that Deere owning both technologies would leave high-speed planter customers no other purchase options.

Meanwhile, other manufacturers, including Case IH and AGCO, already have incorporated SpeedTube technology into their planter lineups. They will continue to do so, despite the deal's demise.

Under the original agreement, Deere would have acquired all of Precision Planting's hardware, sensors, actuators and display systems. That includes an array of planting tools Precision Planting patented, including vSet meters, vDrive electric motors and DeltaForce automatic downforce controllers. All are popular products aimed at fast and accurate planting for both high speed and more conventional planters. They held promise for Deere's dealers as significant profit producers.

At the time of the deal, Climate Corp indicated it wanted to sell Precision Planting to concentrate on its digital agricultural platforms. That intention has not changed. "The company intends to sell the Precision Planting equipment business and has spoken with several third parties that have expressed interest in purchasing it," according to a Monsanto press release.

The DOJ lawsuit was to come to trial later this year, and Deere was confident it would prevail. May said, "We believe it would have been clear the challenge to the transaction was based on flawed assessments of the marketplace."

The DOJ had a different take on the news: "The companies' decision to abandon this transaction is a victory for American farmers and consumers," said Acting Assistant Attorney General Andrew Finch of the Justice Department's Antitrust Division.

Not only is the Precision Planting deal dead, so is a Deere/Climate Corp collaboration announced at the same time as the planting equipment sale. Deere terminated this one. It would have allowed Climate Corp to use proprietary Deere software so customers could send agronomic prescriptions wirelessly to Climate Corp's FieldView monitors in the field via Deere's Operations Center website. The agreement marked the first time Deere would have allowed a third party to tap into its data collection stream.

Climate Corp's press release said, "The termination of this agreement will have no impact on existing Climate FieldView customers who currently use John Deere's Wireless Data Server (WDS) technology to stream data into their account." 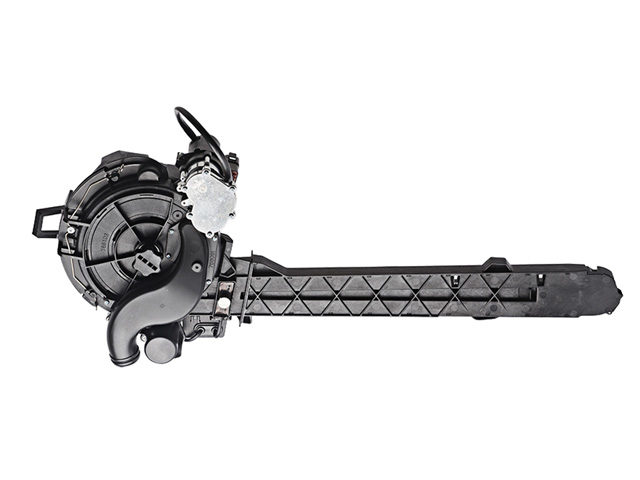