This week, farmers lost one of their most intelligent, steadfast journalist supporters. Agriculture journalism lost one of its true giants.

Taylor's importance to the DTN/PF team, and to agriculture, is best summed in the title of her online blog, "Minding Ag's Business." That is what she did throughout a four-decade career: Taylor tended to, wrote about, worried about, and led others' thinking about, the business of agriculture.

"She changed DTN," said DTN Editor Emeritus Urban Lehner, who hired Taylor in February 2007. She came to this staff with a large resume, most recently as chief editor of Top Producer Magazine. Taylor was instrumental in Lehner's efforts to expand the DTN/Progressive Farmer operation into the most powerful, most award-winning newsroom in agriculture.

This week would have been her 10th anniversary at DTN/The Progressive Farmer.

Taylor helped set the tone for news and feature coverage that focused on the information farm business owners needed to make some of their most important decisions on land, capital investments, banking and navigating complex farm programs.

Throughout her career, she championed the business of modern commercial-scale agriculture not with hollow platitudes, but with solid business knowledge that challenged the industry to be better.

Taylor was always reporting and listening, and those skills kept her constantly on the cutting edge of agricultural trends. She was among the first to begin referring to the group of bold, professional, rapidly expanding farmers as "young tigers," in the early 1990s. She brought the stories of their aggressive, sometimes risky, farm business successes and failures to her audience without apology.

Taylor was tenacious, yet tender. Hers was perhaps the most difficult beat in business-to-business journalism: Getting farmers, bankers, economists and politicians to open up and share their most intimate business knowledge, their strategies, their wins and their losses.

These were the type of articles where even a slightly less-sensitive approach would get the story, but burn the source. Yet Taylor had the innate ability to get her subjects to open up their ledgers and their minds to the world, and left them eager to share again.

She also was among the first to realize the path to being a successful "tiger" was a lonely one. Her story subjects, especially the most successful, were often shunned in their local communities. Coffee shop talk was often about them, it rarely included them.

Her stories were the impetus for some of the most influential professional farmer networking groups in modern times. The Executive Program for Agricultural Producers (TEPAP) and its related group, AAPEX, the Top Producer seminars, and DTN's own Ag Summit, were either created by, inspired by, or furthered by Taylor's constant drive to help professional farmers help themselves.

"Our mission and objectives couldn't have been better matched," said Danny Klinefelter, who started TEPAP. "We were both targeting the very business oriented; continuous improvement agricultural producers that we knew were going to be the future of U.S. agriculture.

"Marcia and I both recognized that the traditional 'one size fits all' type of education was a thing of the past for this group of producers," Klinefelter said. "I'm going to miss her and so is agriculture."

She also personally moderated a peer group of farmers from across the U.S. who met to share, critique and support each other's enterprises. She was working with that group in late January when she fell ill.

Taylor didn't only focus inside this country. She was the first U.S. agricultural journalist to venture into the wilds of Brazil in the 1990s, and introduced U.S. farmers to the "cerrado," and places such as Mato Grosso, people such as Blairo Maggi. She told the stories of the farmers, both Brazilian and U.S. born, who were challenging America's position as the world leader in commodity grain production.

More recently, she led the nation covering the looming financial and personal pitfalls of farm families working to create workable estate plans for their farms. She was the first to recognize the issues the current Affordable Care Act caused for many rural farm families, and she navigated the constantly changing waters of crop insurance programs. Many a crop insurance adviser has said, "I first want to see what Marcia Taylor writes, then I know how to advise my customers."

"Marcia was the ultimate professional, a tough editor who demanded the best from everyone," said Gregg Hillyer, friend, colleague and editor-in-chief of The Progressive Farmer. "She was a person you didn't want to disappoint."

One of those people, Jeanne Bernick, now with K-Coe Isom, began her career as Taylor's news intern, then became a writer and eventually followed Taylor's footsteps as chief editor of Top Producer.

"Oh, the red ink that marked my copy," Bernick said of her early days. "I remember getting into a taxi one night outside the headquarters in Philadelphia and crying on my way home as I stared at the amount of red on the pages of my story. Every editing mark, however, was made with intent to improve my writing for the reader."

Taylor was both a great mentor to agricultural journalists and a leader in the profession. She was a former president of the American Agricultural Editors' Association and was set to become North American Agricultural Journalists Association's new president this spring. Either individually, or as leader of reporting teams, she won nearly every award there was to win for news, feature and editorial writing, including the AAEA Oscar in Agriculture, AAEA Writer of the Year, and two-time NAAJ Glen Cunningham Writer of the Year.

In 1988, she took an editorial sabbatical to be the "Professional in the Classroom," teaching agricultural journalism courses at the University of Missouri. It was a time she often reflected on throughout her career.

"Marcia was one of the preeminent ag journalists of her generation," said Lehner. "Her contributions to DTN/The Progressive Farmer -- as a writer, an editor, and the editorial leader of the Ag Summit -- were enormous. And she was a wonderful friend and a wonderful person. To say she will be missed is a massive understatement." 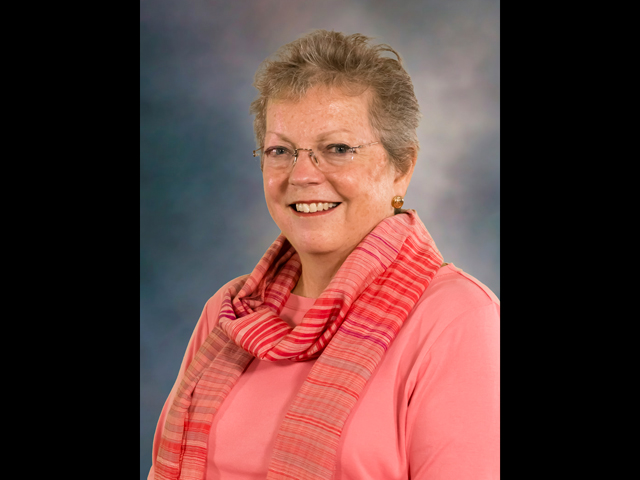