Still, Mexican officials are starting to better gauge the possibility of buying more agricultural products from South America, and Argentinian officials are encouraging those conversations.

Soren Schroder, chief executive officer for Bunge Limited, told analysts Wednesday in a quarterly earnings call that it would require a price shift in Brazil and Argentina to significantly change the market flow of exports. He noted, "The extent to which there is any switching that takes place to South America, frankly, it all depends on price. And at the moment, it doesn't work."

Concerns were raised in the corn market earlier this week when a Mexican senator said he would introduce legislation to encourage or require Mexico to buy corn from Brazil or Argentina rather than the U.S. Mexico is the largest export market for U.S. corn, buying 13.3 million metric tons in 2015-16 at roughly $2.5 billion in value. Since the new marketing year began in September, the U.S. has shipped 5 mmt to Mexico, up 8% from a year earlier.

Conflicts with Mexico began not long after President Donald Trump was sworn-in and signed an executive order to build a wall on the U.S. southern border. He further raised tensions with the suggestion of creating a border adjustment tax on imports from Mexico and other countries to deal with the trade imbalance. The border adjustment tax is getting more attention as lawmakers in Congress work on a broader tax reform package, but it is unclear whether such a tax would actually come to fruition. Retailers and other importers oppose such a tax.

Still, Mexican officials are looking to strengthen ties to South America. Reuters reported Mexico's ag minister is now planning a trip to Argentina and Brazil within the next month to look at the possibility of buying corn.

"It's not a trip to open relationships or of goodwill, it's a trip to do deals," Mexico's Ag Minister, Jose Calzado, told Reuters. "We are very interested in our producers seeing the opportunity to import grains from Argentina, and yesterday I spoke to the Brazilian ambassador."

Argentina's secretary of agroindustry also told Reuters and other news agencies this week that her country would certainly like to export more grain to Mexico. Coupled with that, the presidents of Brazil and Argentine also have made it clear they would like to increase trade with Mexico as well.

"Corn obviously is a sector that is on the list to have greater access and to have a slightly larger space for Argentina, beyond the presence of the United States," said Marisa Bircher, Argentina's secretary of agroindustrial markets.

Bunge's Schroder said underlying demand for both milling and corn products in Mexico is still strong. Further, the U.S. continues to have a price advantage over South America sending corn to Mexico, and that price remains the dominant factor in trade. "We don't really see any change in trade flows. North America, both in terms of corn and soybeans, are obviously more than well supplied, with mounting surpluses, so that will remain the cheapest origin for most of the flows of corn, beans and also wheat, assuming that the flows are normal. So, at this point, I wouldn't see any dramatic change."

DTN Analyst Todd Hultman agreed, citing that the U.S. has about a 30-cent-per-bushel advantage in cost compared to Brazil right now.

"I realize there have been concerns this week about the possibility of Mexico taking its corn business elsewhere, most likely to Brazil and Argentina in an act of countering possible new tariffs from the Trump administration," Hultman said. "Of course, we do not know yet what specific proposals the White House has in mind yet, but as the situation currently stands, there is little danger of Mexico not buying U.S. corn."

USDA's Foreign Agricultural Service circular on world markets and trade for February indicated the U.S. corn was averaging $168 a ton while Argentine quotes were around $182 a ton. Moving into March and beyond, however, FAS suggested, "Argentine forward prices, March onward, are competitive relative to the United States."

Brazil and Argentina also will have a larger and quicker footprint on the world soybean market. "As we speak, that transition is already ongoing," Schroder said. 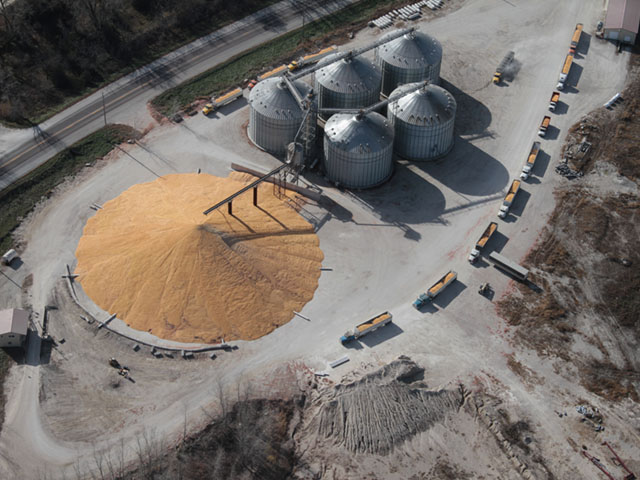