Spicer told reporters Wednesday the president-elect may fill two more cabinet posts before the upcoming holiday weekend, but did not indicate which positions those might be. Agriculture secretary is the only cabinet position Trump has not named, except for Veterans Affairs secretary. Compared with other recent presidents-elect, Trump is late to make the nomination.

Maldonado was the Republican mayor of Santa Maria from 1996 to 1998. He was a state senator from 2004 to 2010, serving on a number of committees including the food and agriculture committee. He then served as the state's 48th lieutenant governor from 2010 to 2011. He made an unsuccessful bid for governor of California in 2014.

Maldonado, the eldest son of Mexican-American farm workers, grew up on a strawberry farm in Santa Maria, California. After studying crop science at California Polytechnic State University, he returned to the family farm. He was part of expanding what was a half-acre farm into a 6,000-acre operation that employs some 250 workers.

A Trump spokesman said last week that Trump is also planning to interview Murano this week, but the transition team has not said when or where that interview is likely to take place.

Baise, an attorney at Olsson Frank Weeda Terman Matz PC in Washington, did not elaborate on the committee's views but in the past has said that the transition team should consider members of the agricultural advisory committee or at least someone who campaigned for Trump.

Baise and others on the Trump ag advisory committee also have opposed consideration of Sen. Heidi Heitkamp, D-N.D., for the position. Members of the advisory committee have questioned whether candidates were loyal to Trump during the campaign or have enough experience with production agriculture.

Current Texas Agriculture Commissioner Sid Miller also is planning to travel either to New York or Florida this week to meet about the Ag secretary post.

Radio Iowa and North Dakota-based AgWeek are reporting that another candidate is getting traction from at least a few members of Trump's original ag team. Annette Sweeney is a former Iowa state representative who served as chairwoman of the Iowa House Agriculture Committee. Sweeney also has close ties to Iowa agribusiness leader Bruce Rastetter who visited Trump Tower earlier in the month as well. Sweeney, who raises cattle on her north-central Iowa farm, has not been interviewed for a position in the administration, but would be willing to serve, Radio Iowa reported Tuesday.

"I'm very blessed to still be on the same farm on which I was raised, despite teaching in Illinois, then moving home to start farming with my mom after my dad died," Sweeney told Radio Iowa on Tuesday. "It's just blossomed since then."

Meanwhile, Ed Schafer, one of the Agriculture secretaries in the George W. Bush administration, has said that Chuck Conner, who was deputy secretary when Schafer served and is now CEO of the National Council of Farmer Cooperatives, would be the best choice, the Red River Farm Network reported. 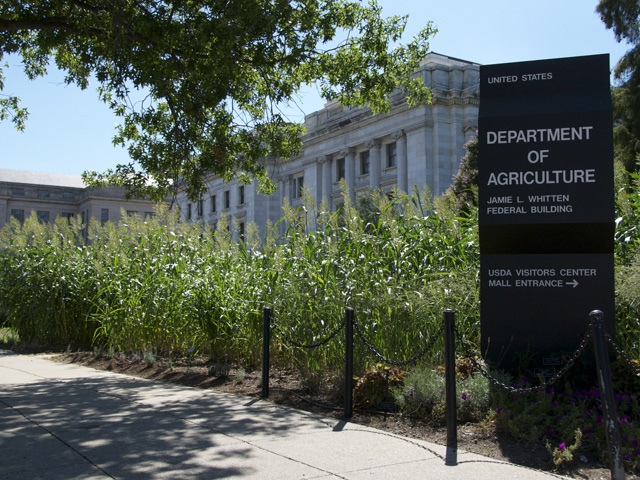