If you plan on buying farm equipment soon, also plan on an in-depth discussion with your lender. That's the gist of what Jerry Lehnertz, senior vice president of AgriBank Farm Credit in St. Paul, Minnesota, told DTN/The Progressive Farmer recently. Sure, loans for farm equipment are available at historically low interest rates, and prices on equipment -- especially used machines -- are at sharp discounts. But before approving a machinery loan, lenders want to hear more from farmers now than they did a few years ago.

Reasons are obvious. With lower commodity prices and lower incomes, farmers will have to convince lenders that a new tractor, combine or planter has good potential for return on investment. That contrasts to the recent boom years when some farmers -- and maybe some lenders -- let exuberance override caution. Lehnertz said: "It's human nature. When times were really good, there was a loss of discipline in putting pencil to paper as to what made sense for return on investment for new equipment."

In describing how we got to this point in the farm equipment buying cycle, Lehnertz recalled the recent past. In the mid-2000s when commodity prices spiked, "Farmers were aggressive in building their equipment lines, particularly tractors, combines sprayers and planters." Investment in machinery "per acre or contemplated bushels produced went up pretty dramatically, in some cases 20%-30%."

That spells bad news for manufacturers and dealers. In some cases, it is bad news for farmers, too. If a farmer financed more equipment during the boom than he now can justify, sizable payments and reduced income could be eating his business alive. "We are seeing some operations with pretty large dispersal sales of equipment; some are going out of business," Lehnertz told DTN/The Progressive Farmer.

The pain for most does not approach that felt in the 1980s farm crisis, Lehnertz said. He knows this from personal experience. In the 1980s, he was both a part owner of a farm and a Farm Credit employee. Economic conditions are "dramatically different now. We had double-digit inflation in the '80s," he said. Interest rates were also in double digits. Today, there is little or no inflation and interest rates are so low, some lenders "are almost giving money away."

This year is Farm Credit's 100th anniversary, Lehnertz told DTN/The Progressive Farmer: "Our mission is to be with farmers in good times and bad. Not every farmer is going to survive a down cycle, but many will and we intend to be there for those who do." 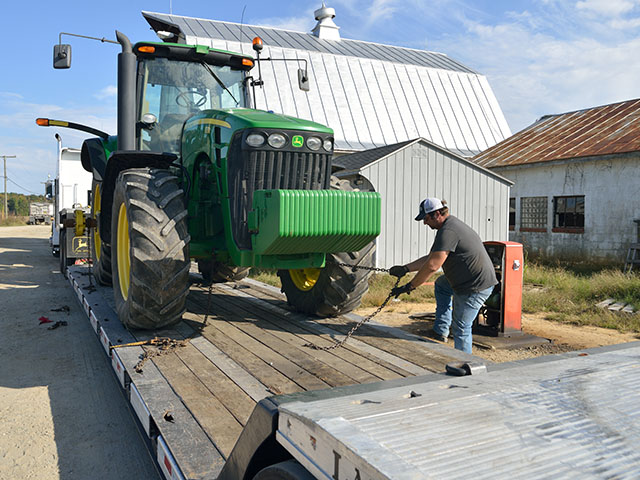