OMAHA (DTN) -- With the Republican and Democratic presidential conventions soon approaching, agricultural groups are working to better position themselves with presidential candidates and highlight issues critical to farm groups.

While Hillary Clinton and Donald Trump now occupy every realm of the 24-hour cable news cycle, policy is taking a backseat to personality. Still, ag groups and others are trying to get their voices heard with the two campaigns.

Jay Vroom, president and CEO for CropLife America, said leaders from 12 agricultural groups and trade associations met June 24 with members of Clinton's campaign team and talked about a handful of key policy issues.

"We had a good audience with some senior staff for Mrs. Clinton's campaign," Vroom said.

Vroom said the ag lobbyists agreed not to offer individual names from the other groups involved or from the Clinton campaign. He did say the farm lobbies are taking a different approach by collectively approaching the presidential campaigns.

"Our approach was to come in from a bipartisan standpoint to say we just never felt like any of us individually or collectively in the past have been more organized or strategic about interfacing with presidential candidates in the general election campaign," Vroom said. "We thought to try to do so was a good idea, and that was step one."

Responding to questions from DTN on ag policy, the Clinton campaign replied in an email that Clinton has met with several business sectors and stakeholders. Clinton also "understands the crucial role agriculture plays in our economic and national security and has met with rural leaders from the beginning of the campaign. As President, she will strengthen rural economies by investing in infrastructure and expanding access to credit, raise agricultural production and profitability for family farms, and promote clean energy leadership," the campaign stated.

While ag groups got a meeting with Clinton's camp, they are still working on getting a similar meeting with Trump's campaign.

"We're making headway," Vroom said. "It's different. We don't have a date for a meeting yet, but we certainly want to get it done earlier rather than later."

A campaign spokesperson for Trump did not respond to emails from DTN seeking comment.

Vroom said agricultural groups have gotten positive signals back from both presidential candidates about interest in agricultural policy. Such engagement ideally will end up with more specific details on farm policy and references to farmers in speeches and social media from both candidates.

"It's important for us in the private sector for production agriculture to remind ourselves that these are people who are committed politicians," Vroom said, recognizing that Trump is more of a business man who has been closely following politics in his career.

The major pressing issue for the ag leaders is trade, especially given that candidates from both parties were hostile to trade agreements early in the primary cycle. "The one common theme that they all seemed to agree on was that trade is evil," Vroom said. "And for us in the ag community, that is a pretty chilling statement from one candidate, much less all of them. We really wanted to put that on the top of the agenda."

Ag lobbies have been working aggressively on the Trans-Pacific Partnership to get Senate ratification of TPP this year. "We're still confident we can get there," Vroom said.

Vroom said farm groups and trade supporters need to better express the net value of agricultural exports to the overall economy, including American workers. "Frankly, the fact the trade mantra has been so negative creates an opportunity. If it were a lesser issue, it might be harder for us to get this position articulated and on the radar, but it creates an opportunity for us," he said.

Speaking with Clinton's staff, the farm groups also stressed science-based regulatory policies for agriculture and general farm policy with the reality that the next president will work with Congress to craft a 2018 farm bill. The farm groups also brought up the Food Safety Modernization Act, which the FDA is continuing to draft and implement rules that are increasingly encroaching on the farm gate.

Vroom said FDA needs the resources to carry out responsibilities under the law and also work with states to get uniformity. At the same time, the agency needs to avoid regulatory redundancy, he said.

"What we all want is food to be safer, and we want food to be safer in a manner that doesn't leave science behind or create redundant food-safety compliance systems that just add to the costs of food," Vroom said.

Agriculture generally has a major presence at the party political conventions and that will continue this year. Vroom said there is a luncheon set up for the Republican convention in Cleveland and a reception for the Democratic convention in Philadelphia. There are also several smaller events lined up as well.

"There is good ag-event presence planned for both conventions," Vroom said. 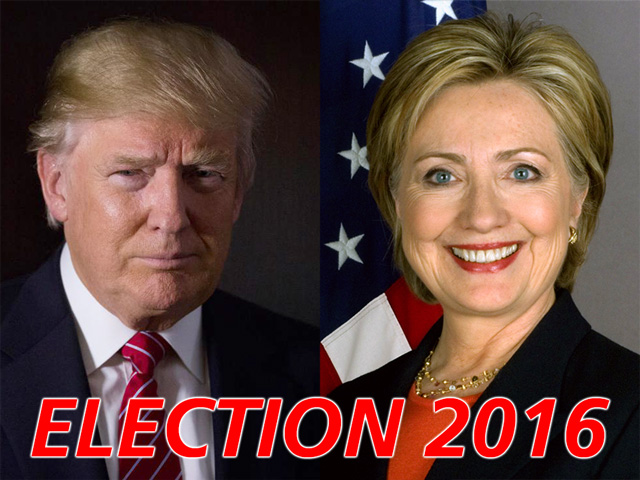