Yet Glanz has already been told his corn crop will face a quality control audit this growing season by Des Moines-based Rain and Hail LLC after Glanz informed his insurance agent that he plans to interseed a cover-crop mix into his standing corn crop this year.

Glanz, who farms just over 600 acres near Manchester, Iowa, got cross with his insurer after Glanz heard that farmers in Minnesota had begun interseeding cover crops into standing corn. The practice allows a cover crop to become established, but then largely go dormant as the corn gets taller and smothers out the sunlight during the summer. As the corn matures and dries in the early fall, the cover-crop stand begins to take off.

"As you go farther north, the more important this practice is because then you get a better cover crop in the fall," Glanz said.

The objection by insurance companies is that cover crops inhibit growth of the primary crop.

This is Glanz' fourth year growing cover crops. Typically he has planted cereal rye in the fall mixed in with his phosphorus and potassium application. His farm in northeast Iowa has a lot of lighter, sandier soil, but he's starting to see more organic mulch build up in the topsoil. He's also seen a renaissance of biological activity in the soil.

"I've seen the soil health improve," Glanz said. "The earthworms have just exploded. I'm proud to say I have earthworms."

As both a cover-crop seed dealer and equipment seller, Glanz also talks to a lot of farmers about covers and he heard about Minnesota farmers interseeding mixes. Glanz thought that interseeding a mix of tillage radishes, clover, rape and annual rye grass would work well for him because the covers would die over the winter and set up his fields to ideally boost his soybean yield next year.

"I've heard this could add eight to 10 bushels to your soybean yield and really wanted to try it," he said.

Trouble began when Glanz notified his insurance agent in late March. His agency called back later that same afternoon and told him he could not interseed his cover crops or there was a high probability that company would cancel his crop insurance. Glanz reached out to Albert Lea Seed whose staff had visited with the regional Risk Management Agency director for Iowa, Minnesota and Wisconsin. The seed company also noted more farmers in Minnesota were already doing interseeding practices.

"The regional director for RMA said you could do this," Glanz said.

So Glanz sent that information back to his insurance agent. Rain and Hail came back and stated that a farmer could not interseed until the insured crop reached "physiological maturity." Yet RMA removed that specific language from its rules in September 2014. Glanz said he contacted the acting regional RMA director, Mark Gutierrez, who then reached out to Rain and Hail on his own to discuss the matter.

As Glanz explains, Gutierrez was finally able to talk to staff at Rain and Hail in Des Moines on April 12. Two days later Glanz received a letter from Rain and Hail postmarked April 12 notifying Glanz he's been chosen for a quality-control audit for the 2016 corn crop year. "I found it very remarkable that the postmark date was April 12, the same day they got a call from the regional director," Glanz said.

After pushing the insurance company's buttons about the interseeding issue over the prior two weeks, Glanz is pretty certain it wasn't a coincidence that Rain and Hail decided to audit him, even before he's planted a crop this year. He's concerned that auditors will go over his field with a fine-tooth comb looking for any reason to cancel his policy. As Glanz characterized it, he understands a quality-control audit is akin to "a colonoscopy exam done with a crowbar." Whatever that is, it doesn't sound good.

"This is just pure, blatant bullying. I was singled out and I'm now being bullied into not planting these covers," Glanz said. "It's wrong that they're allowed to do this."

DTN contacted Gutierrez about the situation, but Gutierrez referred our call to RMA's press office in Washington, D.C., for comment.

In a statement, RMA cited the 2014 change in cover crop termination guidelines and noted that interseeding or overseeding into a standing cash crop won't affect insurance "as long as the cover crop is seeded at a time that will not impact the yield or harvest of the insured crop." RMA also added that a farmer has a specific allegation against a crop-insurance company, also known as an Approved Insurance Provider, the farmer should contact his regional RMA compliance office.

A national claims manager for Rain and Hail in Des Moines told DTN in a phone interview last Thursday that the company follows all RMA policies and rules regarding cover crops. Additionally, Rain and Hail would not single out an individual farmer for following RMA rules on cover crops. The claims manager also said the company does not have any particular season or time for deciding when to randomly select a farmer for a quality control audit. The claims manager maintained DTN could not quote him in any article.

Rain and Hail doesn't have a specific rule for farmers regarding the interseeding of cover crops and complies with all RMA rules.

A potential policy cancellation would put Glanz in a situation of battling with Rain and Hail in arbitration and appeals that can take months, if not years, to reach a final ruling. In the meantime, Glanz' bank would be calling in his operating loan, which would be in jeopardy if he actually had a legitimate policy claim on this year's corn crop.

"This thing is just going to go from bad to worse all because I want to do a practice that is being done in Minnesota," Glanz said.

Glanz noted it's a little ironic that a federally-subsidized Des Moines-based insurer is fighting a cover-crop practice approved by its federal regulator while Iowa officials are championing cover crops as a way to avoid potential water-quality regulations and litigation coming from the city of Des Moines water utility.

"A federally-subsidized program should be the same in Minnesota, Wisconsin or Iowa if they are all in the same region," Glanz said. "How can we be in Iowa where water quality is a big issue but we can't be doing something to deal with it?" 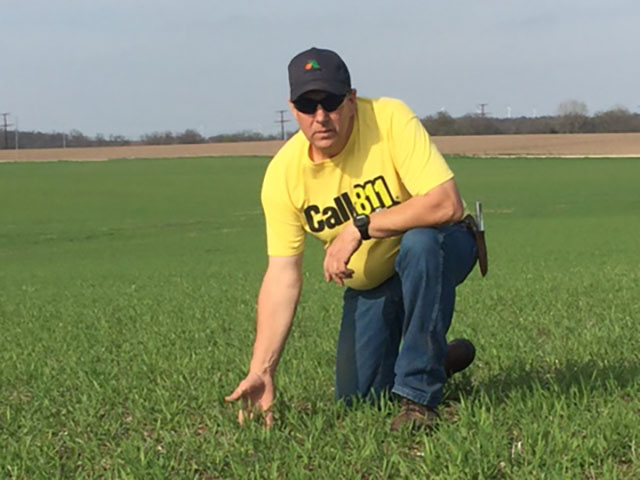