La Nina conditions in the tropical Pacific Ocean have kept a rather active storm track across the Pacific Northwest, Northern Plains and really all areas east of the Plains during the spring months.

Drought has been reduced across much of the northern tier of the country. In the case of North Dakota and northern Minnesota, however, the precipitation has been too much of a good thing, as planting has been delayed significantly. The rest of the Corn Belt caught up despite adverse spring weather.

The pattern has not been active enough across drought areas in the southwest quarter of the U.S., however. The storm track has generally been to the north, and only spits and spats of showers have come through at times. Drought has been a continued detriment to crop development.

As we turn the long-range weather forecast to the summer months, La Nina is forecast to continue and favors an upper-level ridge of high pressure across the Rockies and the Plains. That generally means most of the west and central portions of the country would be hotter and drier than normal. Showers would generally not be devoid but rather fewer and farther between. In the east, that usually means a trough in the upper levels, favoring less heat and more frequent showers.

Here is a look at the overall weather conditions we can expect across each region of the U.S. and how that might affect agriculture during the summer season.

Pacific Northwest (Idaho, Oregon and Washington): A relatively active pattern this spring is likely to continue into June. That has meant better soil moisture for growing wheat, even though the bulk of the region continues to be in drought. The heat ridge looks to set up by the end of June or early July, however, and hot and dry conditions could put a hold on water availability.

Southwest: This portion of the country sees its precipitation come with the monsoon in July and August. Generally, a hot ridge produces less precipitation. But, it actually invigorates the monsoon, sucking more Pacific moisture into the region. The active monsoon could mean some drought reductions, but only in spots, as the winter months are the time to restock soil profiles and mountain snowpack to supply rivers and streams.

Northern Plains: The active weather pattern continues through the first half of June, concerning for remaining spring planting. Soil moisture is above normal, though, and should help set up early growth. However, with hot and dry conditions forming by early July, we could see a stark turnaround from adequate moisture to not enough, and drought is likely to redevelop or get worse. That could mean more limited production for all crops.

Central and Southern Plains: Drought has been a mainstay in the western half of the region. Across the east, drought has been eliminated for a lot of areas, making a very strong dividing line in the region between adequate moisture and bone-dry. While the active pattern may continue to bring occasional showers to the region through the first half of June, it also comes with heightened risks of severe weather. By early July, expect the heat ridge to pop back up and turn the spigot off. Those who irrigate will have to use more of it, and those who do not should see crop health declining through the summer.

Coastal Texas and Louisiana: The active pattern to the north has not translated to good precipitation over this region in the spring. Drought has held on or gotten worse in some instances, a concern for sugarcane and cotton. Outside of a tropical system, precipitation is likely to remain below normal this summer. Drought areas are likely to worsen.

Midwest: Above-normal precipitation during the spring has led to planting delays but filled soil profiles with abundant moisture. That has promoted very good growing conditions for early development. The active pattern continues through early June, but the heat ridge that develops in July and August will have negative effects on crops. That unfortunately comes during pollination and grain-fill stages, the most critical time of year. Eastern areas may not be as hot or dry as western areas, but there are risks for drought popping up across the region where the showers and thunderstorms miss.

Delta: Drought has essentially vanished this spring with the active pattern. That continues through early June before hotter and drier conditions develop for July and August. Hurricane season may be more active this year, but the risks to the Delta are lower than normal. What starts as a good early season could turn more concerning as the season continues.

Mid-Atlantic and Northeast: From Virginia northward, precipitation frequency and intensity have been near-perfect during the spring. The active pattern continues through much of the summer, as systems start to develop across the Appalachians and draw in Atlantic moisture to feed showers and thunderstorms. Though the risk of severe weather may be higher this season, moisture should be adequate for most areas.

Southeast: Portions of the region have been in and out of drought all spring, especially in the Carolinas. But, overall, this spring has been good enough for building soil moisture in most areas. June may be a drier month overall, as the storm track should be farther north; but July and August look like a typical summer of scattered showers and thunderstorms with regular frequency. The region is in a lower risk of tropical storms, but more frequent precipitation events should help to keep most areas in good shape throughout the summer months. 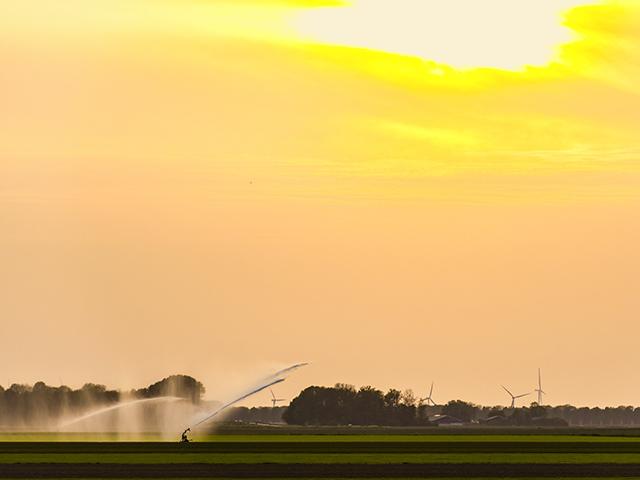