When working on an engine that has exterior covers such as a timing gear cover, it is very important that the same length cap screws are replaced in the cover where they came out. Tolerances are sometimes close inside the engine, and a cap screw that is too long can cause catastrophic failure.

The tractor shown in the photo accompanying this article was sold because someone tried to tune up the tractor and removed the distributor to get to the points and condenser. The front distributor is held in place by two cap screws that are of a specific length. The complaint was that the engine would not get any fire out of the distributor.

The distributor on this tractor is rotated by the camshaft, which would not turn with no drive gear mesh with the crankshaft gear. The cap screws used to install the distributor were too long, and they went through the timing gear cover and into the cam gear.

While trying to start the engine for so many times, the pieces of the cam gear work off the timing mark on the crankshaft, so I had to time the engine by watching the valve action to the piston action.

-- Write Steve Thompson at Ask The Mechanic, 2204 Lakeshore Dr., Suite 415, Birmingham, AL 35209, or email mechanic@progressivefarmer.com, and be sure to include your phone number. 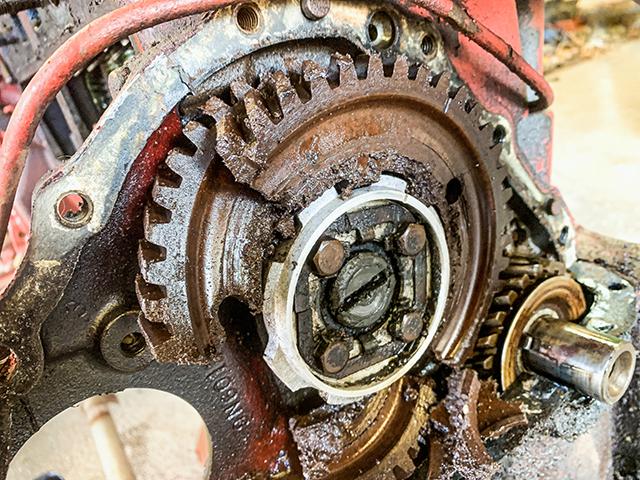