For the fiscal year 2021, the Congressional Budget Office projects tax revenue collected from corporations at $238 billion. To put that into perspective, corporations account for just 6% of all tax collections.

Many farms were incorporated as C corporations in the 1960s, 1970s and 1980s. At the time, the highest corporate tax rate was lower than the individual rate, and C corporations allowed farmers to deduct personal expenses such as housing.

However, there was a price to pay.

Land contributed to a C corporation was trapped; the corporation had to pay tax on profits, and the shareholders paid tax on the dividend distributions or, ultimately, liquidation gains (double taxation). However, until 1986, there was an opportunity for closely held C corporations to liquidate without the double tax. That door closed more than 30 years ago.

After the 1986 Tax Reform Act, individual tax rates went down. Many farmers looked at converting to an S corporation to avoid the double taxation, especially at retirement. This was especially the case if the stockholders were no longer living on the farm. Pass-through income tax treatment and reduction of self-employment tax were a big draw to farmers. The shift to S corporations accelerated when Congress started pushing for removal of C corporation benefits such as deductible employee housing.

-- You may email Rod at taxman@dtn.com 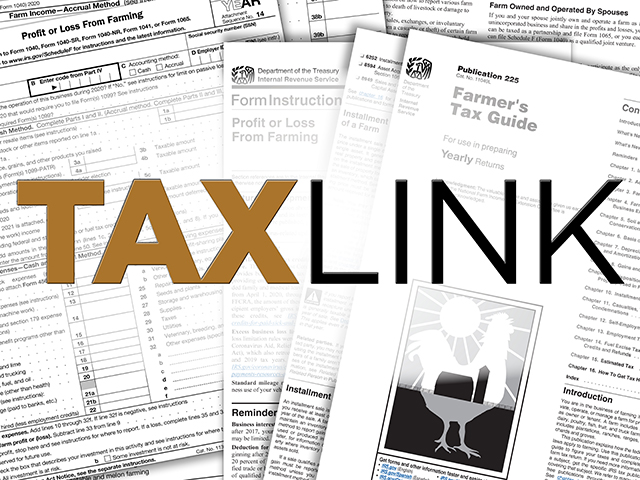