'Twas two weeks before Christmas, when all through the shed, Ryan Nell stirred to plant soybeans in a good seedbed.

His planter and tractor were parked with care, when the roar of Nell's diesel filled the air.

While some think it crazy to plant beans in December, 'tis research results the farmer will remember.

Don't let this whimsical rhyme fool you. Nell is serious about early-planted soybeans.

"We have no idea what soybeans can really do, what they can handle," says Nell, who is part of a 2,200-acre family farm near Beaver Dam, Wisconsin. The idea is to safely push the limits of early planting, he adds, which could increase yields.

A recent multistate study led by Shawn Conley, of the University of Wisconsin, indicates soybean yields decrease 0.2 to 0.5 bushels per acre (bpa) per day when seed is planted after April 25. Soybeans planted mid- to late-April will typically yield 5 to 10 bpa more than mid-May plantings.

"I'm not advocating to plant all soybeans in December, November or March; the risk is too great," Nell says. "But, if it's late April, and soil and weather conditions are right, get the soybeans in the ground if possible.

"If we can make December-planted soybeans work ... it's taking excuses away, even for us," he adds. "It's a confidence booster."

If the soybean seeds overwinter and achieve a "decent" stand, Nell expects them to yield well, possibly in the top 10% of his overall soybean crop.

"If that happens, it's a victory," he continues.

Conley, a soybean and small grains specialist, routinely conducts early planting and other related research, but nothing to Nell's extreme. He calls the December soybean seeding trial a fun experiment that could yield good data.

"Farmers are innovators and often like to push the envelope to see what works and what doesn't," Conley says. "This is how science is pushed. Someone does something crazy, we learn from it and fine-tune it."

The Nells purchased a strip-till bar and a second planter in 2015 to seed soybeans earlier and boost yields. Nell says in his area, strip-till is necessary to warm and dry the soil faster, and to mitigate soil erosion.

The decision paid off.

"We're still missing out on yield potential planting in May," Nell contends.

He has set aside 10 to 15 acres each year since 2018 to conduct early-planting trials in March. He varies seed populations, planting depths and maturity levels to find the right combinations.

Nell initially heard plenty of negative comments from area farmers when he started planting in March in an area not known for warm springs. A few included:

"It's never going to work."

"How stupid could you be?"

"Why would you do that?"

His research, along with university studies, indicate the best time for him to start planting soybeans is April 20 at 1.75 to 2 inches deep to protect seeds. He's learned he can plant soybeans with a maturity group of 2.4 or higher. Faster-maturing soybeans are typically planted in his area. Nell adds that soil moisture (no sidewall compaction) and temperature (low 40s and rising) need to be right. He admits planting early comes with risk, such as a late frost that can kill young plants.

"It's risk versus reward," Nell continues. "We're giving ourselves the best opportunity for high yields."

The December 2020 planting went in late enough to ensure seeds wouldn't germinate over winter. Nell expects emergence at the beginning of May, the same as March plantings.

"I feel confident in these soybeans," Nell says. "I did everything possible to give them a chance. Now, it's up to Mother Nature. The unknown is whether the seed can sit for that long."

Most soybeans planted in the U.S. are indeterminate varieties and photoperiod sensitive. When plants absorb sunlight longer, they have more vegetative growth and flowering during the reproductive period. More flowers equal more nodes, which can mean more pods and more soybeans.

"I will tell you, the earlier you plant, the earlier soybeans mature," says Kris Ehler, co-owner of Ehler Brothers Co., a crop input supplier in Thomasboro, Illinois. "That opens up the window for fuller-season varieties that may not have been on a grower's radar that carry more yield potential."

Ehler, who also farms, is a proponent of early-planted soybeans and regularly plants when soil conditions allow. He also plants research plots in March or February. Nell considers Ehler his early-planting mentor after discussions at a past Commodity Classic.

"I carry a running average of about a 9-bpa advantage over mid-May plantings," Ehler says, referring to soybeans planted in late April and earlier.

Nell plans to share the results of his early-planting research, regardless of the outcome.

So, with 3 acres of soybeans settled in for a long winter's nap, this experiment warrants a tip of the cap. 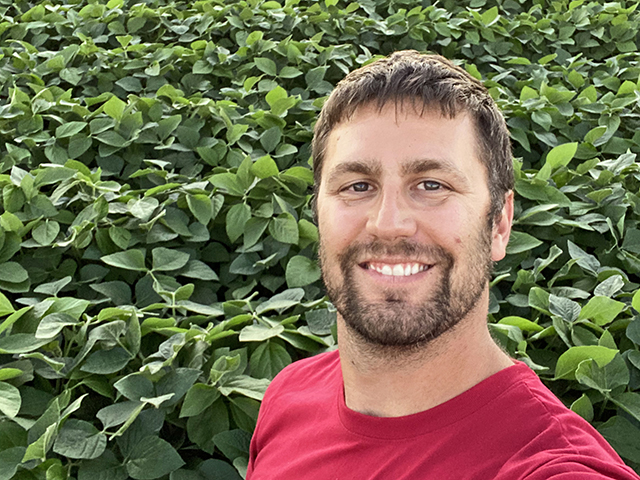