This effort helps him identify which practices and field zones profit and which don't. A mechanical engineering education brings discipline and analysis to this sixth-generation Sublette, Illinois, corn-soybean farmer.

Butler, 70, has divided his fields into 2,500-square-foot grids (designed to accommodate all of his equipment, from his 50-foot fertilizer buggy on up). His success results from tracking costs and agronomics as well as from shrewd marketing.

"If you don't know your cost and profit, and which agronomic decisions return the most, then you're just an equipment operator, not a businessperson," Butler says. "Most farmers don't like the financial and marketing side of farming; they'd rather get their hands dirty. Returns to management and labor come out of net profit. Very detailed records may be unusual for my size [1,200 acres] of farm operation, but it is definitely typical for the same size small business."

He knows with confidence, for example, that his 2019 projected cost of corn production was $4.23 per bushel and soybeans was $9.24 based on weather-reduced yields.

Butler's detailed agronomic and financial records have also helped him make informed prevent-plant decisions in extremely wet springs such as 2019. "Several of LaSalle County's last few spring seasons have been wetter than average and have had a very high frequency of wet days," says Illinois State Climatologist Trent Ford. "It also has three more spring days of rainfall than it did 100 years ago."

Butler's grids are small enough to identify soil zones where pH changes from 5.8 to 6.8 in just 230 feet. Since he began this system in the mid-1980s, he's based agronomic and financial decisions on thousands of 50-foot squares. For 20 years, his soil tests have been pulled from identical GPS locations for accurate benchmarking.

This does not require expensive software and hardware. He's used the same programs since 2000, expanding his hard drive memory to eight gigabytes as his databases grow. Butler doesn't see the payback in newer office tools or farm equipment when the old ones adequately collect data in the cab and transfer it to his database. "I'll wind down my operation at some point. Most of my software fills data fields automatically or semiautomatically."

Butler's marketing database allows him to refer as far back as 1981 to discern monthly, weekly and daily price seasonal trends.

For example, detailed basis records allow him to recognize June delivery basis of minus 2 cents through time. "So, it will likely be the same again this year," he says. "That kind of thing adds 25 to 30 cents to a bushel of corn or soybeans."

Local elevator basis rose from minus 60 cents in April 2019 (harvest bid was minus 60 under the July price).

Tracking basis and spreads allowed him to add up to 24 cents to his corn price in fall 2019. By tracking the Chicago Board of Trade (CBOT) December corn futures contracts and spreads (discounts) between the December 2019 and July 2020 CBOT contracts, he identified several opportunities to roll the December hedge-to-arrive (HTA) sale to a July contract with a 25-cent premium to the July, increasing his sale price by 24 cents. This year, that gave him a $3.80 HTA.

"Beginning in mid-February, I start pricing part of the crop, so half of it is priced by July, and that gives me another year to price the rest of it. Capitalizing on seasonal basis trends is something everyone can imitate without subscribing to newsletters and advisers," Butler explains.

"If someone talks about an options strategy, I simulate what they're talking about and see if it makes sense for me."

What is the payoff for the time spent on detailed recordkeeping? "If you look at your profit for the year from this type of approach compared to your profit from a less analytical approach, you'll see that the time spent at your desk becomes a big number," Butler says.

Here are some key determinations Bill Butler made from 20 years of detailed records:

> Even though he's reached optimum soil levels for the Bray P1 soil test, Butler's yields increase slightly as he adds more P (phosphorus) and K (potassium). Subsoil tests have shown him that he has no mineral P and K to tap.

> Sidedressing corn with 150 pounds N (nitrogen) per acre when it's 8 inches tall and 25 to 30 units of N preplant provides more available growing-season N in these recent wet, warm winters and wet springs than 185 units of ammonia with N-Serve fall-applied. He has a corn/bean rotation, and his corn yields consistently top 200 bushels per acre.

> Butler found which varieties and hybrids were the most profitable on his farm. "As a defensive risk-management strategy, I always plant five soybean varieties and eight corn hybrids," he says. "I can't always predict the best ones."

> He saved $30 per acre in 2020 by skipping the corn rootworm trait and related spraying. Scouting ($6.50 per acre) reports tell him he didn't meet beetle thresholds.

> GPS-derived soil tests from the same locations since the 1980s re> veal nutrients removed at harvest, making his variable-rate N, P and K applications more cost-effective. Soil-test K values have dropped beyond removal values over the years, so he adds 50 extra units per acre above nutrient removal.

> These detailed records allow him to catch faulty logic, too. "When someone claims a new treatment adds 5 bushels per acre to yields, you can't count that as $18-per-acre more income ($3.60 corn times 5 bushels) -- those added bushels incur costs of drying, handling, nutrients removed at harvest and storage. That amounts to at least 30 to 50 cents costs per bushel." 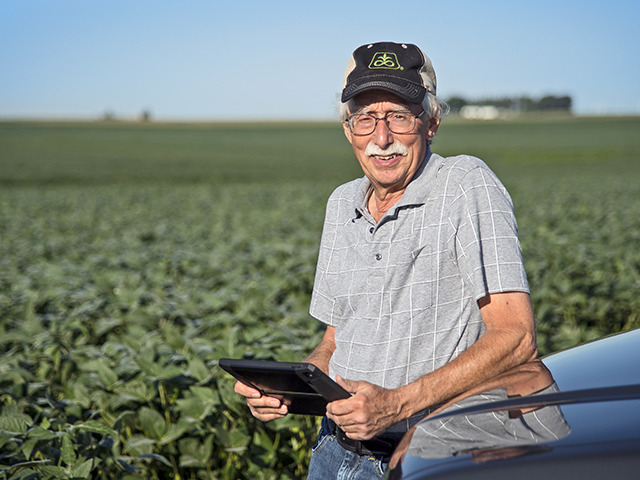