The pains of 2020 continue to expose new challenges that deserve greater attention. In the September issue of Progressive Farmer, I explained how this year's pandemic revealed serious imbalances in ag markets, as the overwhelming financial burden of food chain disruptions fell on farmers and ranchers, while other segments escaped with a light toll or, in some cases, made even more money.

Late in 2020, another unexpected challenge emerged, as U.S. soybean supplies have gone from a surplus of 909 million bushels in 2018-19 to a legitimate risk running so tight in 2020-21, severe price rationing may be required to shut off demand.

In many ways, the current scenario is reminiscent of the Soviet Great Grain Robbery of 1972, when Russia quietly bought large quantities of U.S. wheat cheap, eventually sparking a rally that took spot wheat prices from $1.45 a bushel in June 1972 to more than $5 a bushel by August 1973.

This time, China is buying soybeans out from under U.S. noses, and we can't pretend we didn't see it happening. We all watched soybean export sales climb to higher-than-expected levels in USDA's weekly reports.

Cash soybean prices were slow to catch on and didn't even trade above $10 a bushel until October. Few seemed concerned, partly because USDA estimated a healthy 610-million-bushel surplus as recently as August and partly because intervening runs counter to free-market instincts.

Free trade has served the U.S. well and has been an important source of prosperity. But, food security is also important. A lack of available feed is a threat the U.S. has rarely experienced before now.

The Soviet grain robbery of 1972 and this year's rapid loss of soybeans to China highlight an issue farmers have mentioned for years, but policymakers have ignored. Here in the U.S., USDA gathers important grain supply information from farmers and commercial firms, and freely publishes the data for the world to see. Grain supply information for China, however, is largely hidden as it was for Russia in 1972. The lack of reliable foreign information leaves the U.S. vulnerable to midnight raids on the refrigerator.

With few exceptions, I remain a fan of free trade and all the blessings it bestows. But, if we don't install doors on the house, China's problems with food insecurity can quickly become U.S. problems.

It's going to be difficult for the U.S. to win this poker game if we continue to show everyone our cards but don't demand the same level of transparency from major grain customers, especially one with 1.4 billion mouths to feed. I realize the incoming administration has a long list of items on its to-do list, but few are as basic as protecting the nation's food and feed supply from sudden and unexpected seizures. 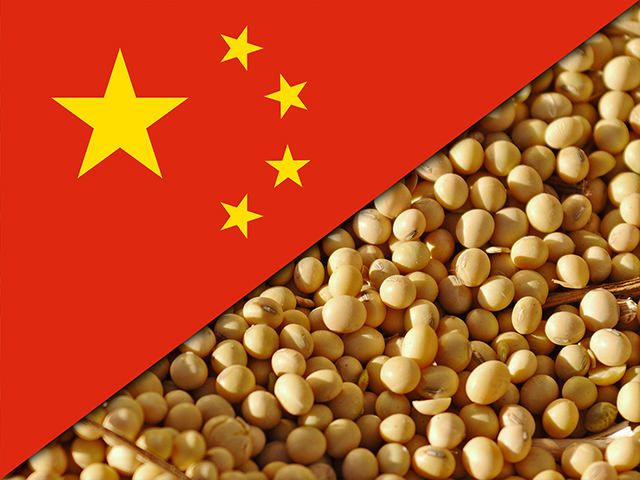