Economics in 2020 will be a definite driver in just how attractive early weaning may be to cow/calf producers across the country. But, it's the uniqueness of individual cow/calf operations that will ultimately determine where and when the practice really adds up.

That's exactly the way it should be, too, says Jason Smith, Texas A&M AgriLife Extension beef cattle specialist at Amarillo. Early weaning, he notes, is a situationally dependent management strategy meant to influence, or inflict, positive change on a cow herd. The bottom-line goal should be to use early weaning as a way to make the cow herd more economical to manage.

In the beef industry, early weaning traditionally means taking a calf off its dam anywhere from 90 to 150 days of age. The practice ramps up management requirements, because not only is a producer caring for the cow and her nutritional requirements, he is adding those of the calf to his list of responsibilities. Early-weaned calves need a significant amount of protein and energy, more than those that are conventionally weaned. It's important to compare the costs of these more nutritionally dense feeds and supplements when evaluating whether the practice makes sense.

Early weaning can bring some unexpected payoffs. "We saw increased marbling development by nearly 10% and improved feed efficiency by about 5%," Smith says. "If you are looking to retain ownership or feed out your own calves, this is something to consider. But, there are a lot of variables to factor in when considering early weaning, and this is just one of them."

Probably one of the most common scenarios where early weaning comes into play is when forages are limited, often as a result of drought.

He adds: "When we've retrospectively applied economics to research data, it generally only made sense to early-wean across the entire cow herd in one out of every five years."

In Nebraska, Jim Jansen says producers historically consider early weaning if a female is not in the best shape, and they need to get a calf off of her to cull her. A more pressing concern now may be the availability of feedstuffs because of drought or feed supplies.

Shortages of distiller byproduct, for example, were beginning to be a concern at press time. That could impact supplemental protein markets, notes Jansen, University of Nebraska agricultural Extension economist. "In this part of the world, we use cube, cake or byproducts to supplement during certain times of the year. We may find the market shifting to soy or alfalfa rations to maintain female body condition. That would have to be considered as we evaluate early weaning."

While a lot of considerations focus on the female when an early-weaning decision is made, there are important factors on the calf side of the equation.

"Where there is a strong herd-health program, generally there is not going to be an issue with early-weaned calves. A comprehensive, preventative program is key. Vaccinations, deworming, all normal preventative health practices are very important. If we are doing what we need to from the cow standpoint independent of how we wean, health on those calves will generally be good."

Smith adds they have observed some situations where aggressive feeding of early-weaned calves to promote a high rate of gain or growth can lead to higher incidences of bloat, acidosis or founder. "It all comes down to feeding management," he stresses. "If you're overly aggressive or not as timely or consistent with feed delivery as you need to be, there can be issues."

Lastly, Smith notes implants can be a valuable component of early-weaning programs if the producer markets through a program that allows it.

"It makes a lot of sense to implant early-weaned calves if we are managing them to achieve higher levels of growth and performance than we would have seen on the cow," he explains. "We'd also expect a greater response out of an implant. It's important to know the label and use it in accordance with its approval. Depending on management strategies, a calf early-weaned into a drylot may not necessarily be the same as a finishing calf when it comes to approved uses of a certain implant product." 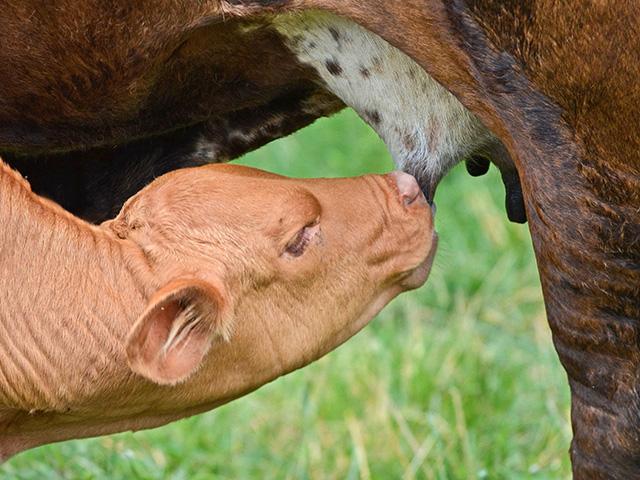