The final stage of the South America crop season has not been a carefree stretch. Production will be large, but the parade to new records, especially in Brazil, has hit a speed bump in the form of dryness.

The area of Brazil where dry conditions have been acute is the southern portion of the country, notably in the state of Rio Grande do Sul. Since the first of the year, soils in Rio Grande do Sul have recorded only 20 to 40% of their normal precipitation. This dryness is having an adverse impact on full-season corn and soybeans that have yet to be harvested.

Total corn production in Rio Grande do Sul is estimated at under 5 million metric tons (mmt), down more than 20% from initial estimates and the lowest harvest size in two years, even though corn-planted area was more than 2% larger. And, soybean production is expected to fall by 16% to under 17 mmt, which would be the lowest production in the past four years since the 2015-16 crop year.

However, without the southern Brazil dry pattern, corn production would possibly have ratcheted up to around 105 mmt, and the soybean production record would have worked close to 127 mmt -- an even larger record total. That's because the northern half of Brazil's main production areas, especially the largest crop producer, Mato Grosso, had generally favorable crop weather conditions all season long. So, we have seen a definite "have" and "have not" rainfall pattern develop during the flowering and filling phases of row crops in Brazil.

So, Brazil will certainly be able to cover a lot of ocean freighter loadings with the bounty of the 2019-20 harvest. Still, it is possible that this modest, but still notable, reduction in total crop size will find its way into the world grain market to some extent. A greater portion of Brazil's crop will likely have to stay in-country to feed livestock and cover other industrial uses such as ethanol and biodiesel production. 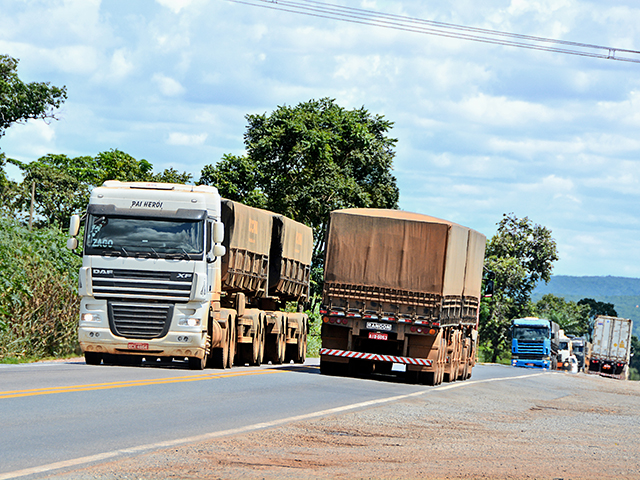