Brought to you by eKonomics

Q: Why do we see more sulfur deficiency in crops that need it most, like corn, alfalfa, canola and even soybeans?

Dr. Robert Mullen: This issue has developed over the past 30 years, as tracked by the National Atmospheric Deposition Program. Since sulfur is scrubbed out of the emissions released from coal-fired power plants and other sources thanks to the Clean Air Act, farmers no longer get that 20 to 35 pounds per acre per year worth of free sulfur from precipitation. Today, that amount is more like 5 pounds of free sulfur. As a result, the need for sulfur fertilization has increased across most of North America. Secondly, phosphorus fertilizers contain less sulfur than they have traditionally. In fact, today's dry phosphorus fertilizers (MAP and DAP) typically contain less than 2% sulfur. And the third reason driving greater sulfur need stems from modern, higher-yielding hybrids and varieties taking up higher amounts of sulfur.

Q: Given higher crop yields, how much sulfur supplement is needed?

Mullen: Typically, the sulfur rate of 15 to 20 pounds per acre will catch the needs of corn, depending on geographic region differences and higher yields. For growers hitting 250 bu./acre corn, they are bumping up against 30 pounds of sulfur that is removed, so additional sulfur can benefit. For alfalfa, which is more responsive to sulfur, the application is going to approach 30 pounds per acre, if you're talking 5 tons per acre production. For cotton in the Southeast, typical rates are 10 to 15 pounds per acre, with canola slightly higher than that, generally topping out at 20 pounds per acre.

Q: How do I determine sulfur deficiency in a crop?

Mullen: Sulfur deficiency is depicted by crop yellowing (chlorosis) on new and upper leaves of plants, which is different from nitrogen deficiency that shows up as chlorosis on lower leaves due to its higher mobility in the plant. However, if the sulfur deficiency has occurred throughout the growing season, the entire plant could show chlorosis symptoms, slower plant growth, and delayed maturity.

Routine soil testing for P and K, at 6 to 8 inches deep, can only tell if too much sulfur exists. For greater sulfur test accuracy, pulling cores as deep as 24 inches (depending on region) will determine what has leached down in the profile.

It's best to treat sulfur deficiency like micronutrient metals. If you'd had past deficiencies in a field, you should manage by supplementing sulfur for each crop.

Q: What soil and environmental conditions cause sulfur deficiency symptoms or sulfur losses?

Mullen: Traditionally, you'd see a sulfur deficiency in coarse-textured soils low in organic matter, especially in areas of higher rainfall. Today, we see deficiencies in soils with more silt, where we wouldn't expect it to occur. Leaching of sulfate into tile lines can occur under higher rainfall conditions, similar to nitrates.

Q: What are the differences between types of applied sulfur, and when is the optimum application timing?

Mullen: First, sulfur occurs from the mineralization of soil organic matter. It must be mineralized (by microorganisms, soil temperature, and moisture) to sulfate-S to be taken up by plants, like nitrogen. So, the lower the organic matter of the soil, the higher the likelihood of sulfur deficiency. Also, cold and excessively wet or dry conditions reduce both microbial activity and sulfur availability.

The two predominant forms of applied sulfur are sulfur salt (ammonium sulfate, gypsum, or others) and elemental sulfur (powder form or a mixed-clay product like bentonite). Elemental sulfur must be oxidized in the soil over time before plants utilize it.

For application timing, fall is riskier for sulfur (much like for nitrogen) in areas and soils prone to leaching out of the root zone from higher precipitation. Spring application, with timing as close to the crop needs as possible, will reduce the risk of leaching loss. 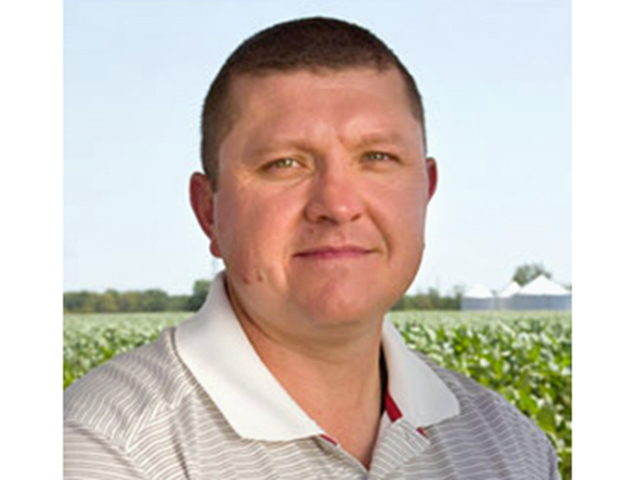