2020 Decade of Disruption:
Enhancing transportation and broadband infrastructure continues to be critical to the success of agriculture and rural America. Roads, bridges, locks and dams in need of repair or replacement, along with the lack of high-speed internet access in many areas, have been a major disrupter for some time.

Agriculture has an infrastructure dilemma. It likely always will.

Grain, livestock and other agricultural products have domestic and international appeal, and contribute more than $130 billion to the U.S. domestic product, according to the U.S. Department of Agriculture (USDA) Economic Research Service. Yet, food and fiber are mostly produced in interior, remote parts of the country where infrastructure initiatives, whether broadband or transportation, often take a back seat to metropolitan areas.

"Manufacturing has the luxury of locating itself near well-maintained infrastructure like interstates, airfields and waterways," says Mike Steenhoek, executive director of the Soy Transportation Coalition (STC), a national ag advocacy group. "Agriculture hopes infrastructure will locate next to them. That's the dilemma ... connecting supply with demand.

"The more you can make it economical and reliable, the more competitive you become," he continues. "The challenge remains that it's quite expensive to do so."

The U.S. Department of Transportation has identified $877 billion in backlog bridge and highway construction. The American Road and Transportation Builders Association says the need for updates is the strongest in rural America, where 80% of the nation's 47,000 deficient bridges are located. A backlog of 25 critical inland waterway projects (lock and dam repairs, replacement, dredging, etc.) totaling $8.75 billion exists, according to the Rebuild Rural Coalition.

The American Farm Bureau Federation (AFBF) contends deteriorating rural infrastructure and the lack of high-speed internet service threaten the competitive leadership of American agriculture. Progress has been made in the last 10 years, such as gas tax increases in some states to spur road and bridge construction, but it's not nearly enough.

"Hopefully, we will see even more concrete and steel improvements in infrastructure," says Andrew Walmsley, AFBF congressional relations director. "We need to get commodities and livestock (to market) in a timely manner."

Democratic congressional leaders and President Donald Trump agreed to pursue a $2-trillion infrastructure initiative last year, which has yet to materialize.

Agriculture and public officials are skeptical there will ever be enough money and political cooperation to fix all the nation's transportation woes. To make substantial progress in the next decade, AFBF and other groups say it will take creative thinking, public-private partnerships, reduced regulations, prioritization and frugal spending. Many projects fitting that criteria are ongoing.

"If the U.S. doesn't work on its rural infrastructure, which gives us a competitive advantage because we can move grain efficiently, there are a lot of countries that can take our place," says Mike Bellar, a Kansas grain and cattle farmer, and STC chair.

A closed or weight embargoed bridge may be one of the biggest problems farmers face.

"It's a maze at times getting from Point A to Point B," says Al Wulfekuhle, an Iowa hog and grain farmer, describing detours farm equipment and trucks need to take at times because of bridges that can't be crossed.

Wulfekuhle, who sells 45,000 pigs a year and farms 800 acres near Quasqueton, in Buchanan County, estimates one antiquated, iron-truss bridge that only cars and light trucks could cross used to cost him several thousand dollars and countless wasted hours a year. Feed trucks, manure tankers, semis and farm equipment traveled several extra miles to get to their destinations.

Buchanan County engineer Brian Keierleber closed the 95-year-old span in 2005 for safety reasons after someone ignored weight limits while hauling corn and bowed the floor beams, causing stringers to fall off. County supervisors, with a limited bridge and road budget, met with local residents about not replacing the unrepairable structure.

"The meeting got a little heated," Wulfekuhle recalls.

Farmers argued it was critical to replace the bridge. Detours increase the cost of production when profits are hard to come by and delay harvest and planting, which can reduce yields.

Keierleber's unique, budget-friendly solution -- first developed in California in the 1960s for emergency bridges in case of earthquake damage -- was to build a new bridge using retired railroad flatcars for $52,000. A conventional steel girder span would have exceeded $540,000, he says.

Costs have since gone up, but Keierleber says rail cars still offer an economical solution to rural short-span bridge replacement that could be done anywhere, as long as people are willing to give it a try. Since 2002, Keierleber has replaced 29 of the county's 259 rural bridges using the safe, approved method. Each car is rated for 100 tons, so there are no weight restrictions.

"Time is money to farmers, and we have to find ways to keep bridges open," Keierleber explains. "We're never going to have enough funds, so we have to find the best way to use what's available."

A dredging project on the lower Mississippi River that's projected to significantly increase farm revenue is close to reality thanks, in part, to U.S. soybean farmers. The United Soybean Board (USB) agreed to pay $2 million to help offset planning, design and research costs of a three-phase, $245-million plan to deepen the river from 45 to 50 feet from Baton Rouge, Louisiana, to the Gulf of Mexico.

Louisiana already agreed to pay for 25% of the work, which USB funds helped offset. President Trump recently signed into law several 2020 spending bills, which included $7.65 billion for the inland waterways system and dredging. Now, it's up to the U.S. Army Corps of Engineers and the Office of Management and Budget to green-light the work.

"I think it's very possible ... the funding is available," Steenhoek says, noting the return on investment and private support helps its chances.

Deepening the channel would allow Capesize ships, which can carry up to 500,000 more bushels than Panamax ships (2.1-million-bushel max) used now, to transit the channel. That would cut transportation costs and make U.S. grain more desirable, as 60 and 59% of U.S. soybean and corn exports, respectively, leave from the Gulf annually, in addition to millions of bushels of wheat.

STC research shows shipping costs would decline 13 cents per bushel for soybeans, on average, and narrow basis levels upstream. Farmers in 31 evaluated states will annually receive an additional $461 million as a result. Increased corn and wheat revenue are expected, as well.

Kansas farmer Bellar contends farmer investment proves the dredging project is important, and he looks forward to bigger paydays in the future. He sells 50,000 bushels of wheat and 60,000 bushels of soybeans a year to exporters at the Port of Catoosa, in Tulsa, Oklahoma, on the Verdigris River. From there, grain barges traverse the Arkansas and Mississippi rivers, and wind up at Gulf export terminals.

Basis levels for both crops could improve by 10 cents or more, Bellar believes, which could mean an extra $11,000 annually.

"It will certainly help the bottom line, which is sorely needed," he continues. "That's important to all farmers."

Achieving e-connectivity is vital to rural prosperity, according to a recent USDA study titled "A Case for Rural Broadband." If access to broadband and adoption of digital agricultural technologies matched producer demand, the study reveals U.S. agriculture would realize a benefit amounting to nearly 18% of total market production worth $64.5 billion.

Congress listened and provided nearly $1.2 billion since 2018 to expand broadband infrastructure and services to rural areas through the USDA's ReConnect program.

The latest Federal Communications Commission data indicates 24 million Americans live in households that don't have access to a fixed terrestrial (nonmobile or satellite) broadband provider, of which 80% live in rural areas. That number continues to dwindle as ReConnect grants and loans are awarded, typically several million dollars each, to companies and communities to remedy the problem.

Premier Communications, in Sioux Center, Iowa, will use a $7.2-million grant to finish installing fiber optic cable in its coverage area this spring. The last two exchanges consist of 868 households, 17 business and 27 farms. Once completed, every customer will have access to reliable internet with transmission speeds capable of 1 gigabit per second, rivaling any urban area.

Jason Van Driessen can attest to that. His family's 2,000-acre, 2,000-head cattle feedlot operation, near Hawarden, currently depends on satellite internet and cellular data, which can be slow and unreliable at times. He's anxious to utilize Premier's services.

"We're not a huge farm, but we couldn't make the decisions we do without fast, reliable data," Van Driessen asserts. "Reliable broadband is invaluable." 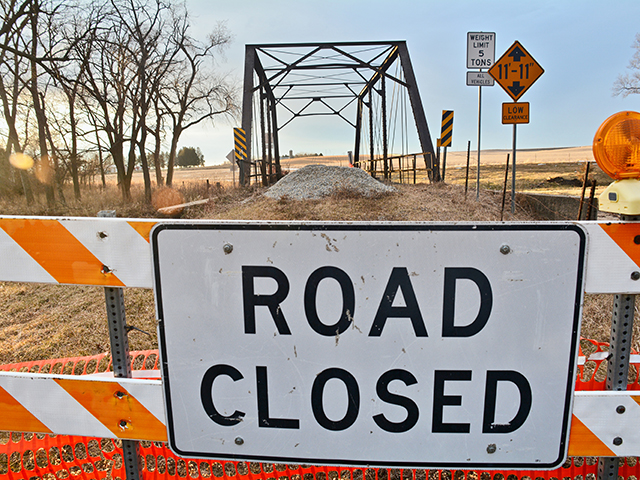