READER: My 1968 John Deere 3020 has steering problems. The hydraulics allow me to turn left, but sometimes when I try to turn right, the steering wheel will turn but not easily. It slowly turns and often makes me run into objects if I don't step on the clutch and wait for the wheels to turn right. Other times, when I am driving down the road, the wheels will abruptly turn left on their own. It is very dangerous to drive on a road at a high speed. What's wrong with it?

STEVE: You could have two problems with the way the tractor is performing: The hydraulic-driven piston that controls your steering located in the casting in the front end (completely out of sight) could need rebuilding, and/or the valves or an "O" ring in the steering directional assembly could be sticking. This component is located at the end of the steering wheel shaft and looks like a big light bulb with hoses all over it. A kit is available for this job. Be careful if you try to repair these problems yourself. I would start with the steering valve since it is easier to remove and repair. However, I would recommend taking the tractor to an experienced tech to do this job -- it's tricky to get done "right." If the problem is in the front steering assembly, I also recommend taking it to an experienced tech, because it's not easy to get to the unit, and when repaired, the piston and spindle must be timed or your tractor's front wheels won't align properly. Be careful with this tractor on the road until you get it fixed.

READER: I'm a retired farmer from Illinois. I've asked this question of many people and never had a satisfying answer. When you increase the throttle on an engine, I realize you're adding fuel. But, what actually makes the rpm increase?

STEVE: When more fuel enters the engine -- no matter what kind or how it gets in there -- it is mixed with air and an explosion occurs, pushing the piston down on the power stroke. When more fuel enters the engine that is mixed with air before (like a gas engine) or after the air enters the engine (like a diesel engine), the more powerful the explosion. So, the more powerful the explosion, the faster the piston is blown down, increasing the rpm. Slow down the fuel, slow down the engine. By the way, many readers have asked why a steam engine is so powerful and not used today. Steam is very powerful, but it becomes even more powerful when it gives off heat as it changes back to a liquid; however, steam power is very inefficient and dangerous to produce. This awesome power comes from the fact that the steam engine has a valve arrangement that allows the piston to travel both directions under steam power on both strokes (each revolution). The four-stroke engine requires four strokes to provide one power stroke per two revolutions necessary to complete the four-stroke cycle.

SAFETY TIP OF THE MONTH:

Be careful with any antifreeze lost or drained from a vehicle. Dogs and cats are drawn to the taste of antifreeze. It's a killer. The Washington State University College of Veterinary Medicine reports that only 5 tablespoons of antifreeze can kill a medium-sized dog, and a cat can die just from licking its paws after walking through antifreeze. Dispose of your coolant wisely. Your pets should be able to enjoy the freedom of the outdoors as much as you do. 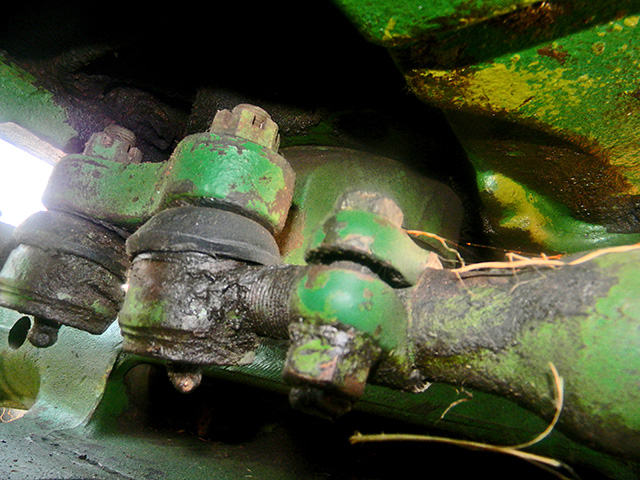