For starters, we need to realize how the developments throughout the live cattle and cash cattle markets over the past couple of weeks will affect the feeder cattle complex. Last week, the nation's weighted average live steer price was $156.13, which is the highest price that the cash cattle market had traded throughout 2022 and the highest price the market has traded since May 2015. The cash cattle market was able to advance its position over the holiday run, as boxed beef prices soared and showlists remain incredibly current. Last week, choice cuts averaged $280.07 (up $13.89 from the week before), and select cuts averaged $248.64 (up $9.43 from the week before), with a total movement of 347 loads of cuts, grinds and trim. Throughout the week, the choice/select spread averaged $31.43.

Although the year will undoubtedly have spells when it trades lower and when packers are able to gain a foothold in the market, feedlots are expected to possess the lion's share of the market's leverage well through 2023 and likely into 2024, which should keep live cattle prices elevated. This trickles down to benefiting the cow-calf and backgrounder/stocker sectors, as feedlots will want to keep their bunks full and ensure that they have cattle to market during this time of strong fed cattle prices. Feedlot managers won't be able to roll up to shipping corrals or sit in on video auctions paying whatever the market yearns for that day, as managing their own breakeven amid such high inputs is nearly an act of God. But as long as cash cattle prices remain strong and cost of gains don't pressure feedlots anymore, the cow-calf and stocker/backgrounder outfits should be able to expect higher prices in 2023.

Secondly, feeder cattle sales early this week have already been incredibly strong and promising that buyers are indeed interested in filling their empty lots and being active in the market. For example, at Joplin Regional Stockyards on Monday, Jan. 2, on a run of 10,017 head, and when compared to the last sale two weeks ago, feeder steers traded $4 to $7 higher, feeder heifers traded anywhere from $6 to $10 higher, and 650-pound steers traded for $170 to $189. At Russell Livestock Feeder Cattle Auction in Russell, Iowa, steers weighing 650 to 698 pounds traded for $168 to $193.50. As another strong reference point, Monday afternoon, the CME Feeder Cattle Index closed at $181.02.

Later this month, on Tuesday, Jan. 31, the industry will again see the USDA's Cattle Inventory report released, which gives a bird's-eye view on what's happening with the U.S. cowherd. Based on the most recent beef cow slaughter data, which runs two weeks late, for the week ended Dec. 13, 2022, the nation had seen 3,956,998 head of beef cows slaughtered; that's 11% more than what had been processed at the same time in 2021 and 38% more than the industry's five-year average. It's inevitable that we'll see fewer beef cows listed on the late-January report: The bigger question is, how drastically is the market going to react to the news?

No market is ever free of risk or downside potential, and even though the market seems extremely favorable to cattlemen in the upcoming year, there will still be pressures. During times of reduced cow herd numbers, feeder cattle imports increase. Feed prices are still incredibly high, and configuring a profitable cost-of-gain scenario is incredibly difficult. Not to mention, if any blimp happens in the live cattle or cash cattle market, the feeder cattle market could easily be derailed. Even so, I'm optimistic about the feeder cattle market, especially as the nation accumulates some moisture. 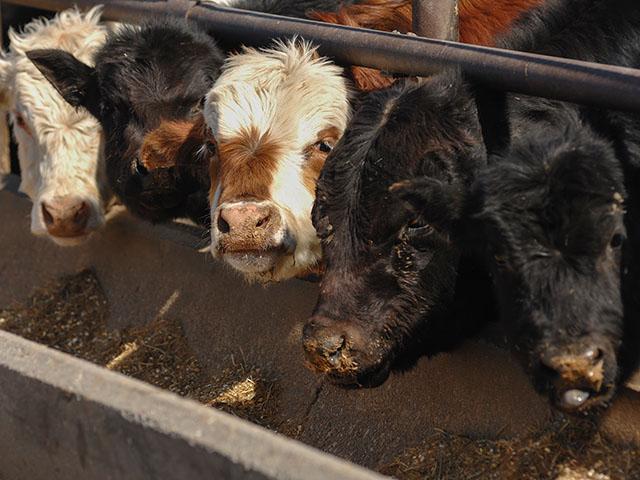