This column is dedicated to everyone who has ever fed a herd of animals through a blizzard and wondered: What were my deranged ancestors thinking when they agreed to homestead this god-forsaken slice of earth? Also: What the [expletive] am I thinking, still doing this work in the same godforsaken place?

The work now is embarrassingly easy compared to what the homesteaders faced. How tough can a person really feel from inside the warm, comfortable cab of a diesel-powered bucket loader? It's not shoveling feed by hand on the naked prairie with nothing but a tar-paper shack to break the wind. Still, it's an opportunity for end-of-year stock-taking and a chance to review life choices.

If someone today offered you the same deal that was offered to the homesteaders in the 1860s through the 1900s, would you take it? Let's say it was an opportunity to homestead on Mars -- you must first travel there, to a totally unknown location, pick a chunk of planet with totally unknown soil types or production capacity and live there for five years with your family but without any of the community you once knew, with no roads or utilities, little access to materials or services and a constant variety of threats and dangers. In return, at the end of the five years, the government will grant you title to 160 acres of that planet.

When I considered this question, my first instinct was: it would have to be a lot more than 160 acres. I mean, a quarter of land today might be worth north of $3 million in northwest Iowa (in which case, yeah, I'd live there for five years to be given that asset for free). But a quarter of rangeland in a western state -- the kind of land more commonly distributed via the Homestead Act -- today might be worth less than $200,000. Call me spoiled, but five years of isolation and hard labor should be worth more than that.

How valuable were these homestead tracts that the U.S. government was giving away? I did a little math to put the production capacity into meaningful terms. Let's say a homesteader could plant the whole 160 acres to corn, growing 22.7 bushels per acre in 1913 and receiving $0.78 per bushel for that corn. The quarter of land would then bring in $2,833 in annual revenue -- equivalent to $86,063 per year in today's dollars -- not bad! These are totally unreasonable assumptions (one family couldn't really plant and harvest 160 acres of corn by hand, and they'd need some of the acres for buildings and livestock anyway, and some of this homesteaded land was likely too arid to grow average-yielding corn, plus none of this even begins to consider the costs of production), but as a benchmark, it works to show the general earning potential of a "free" quarter of land in 1913, the peak year of U.S. homesteading claims.

It's not far off from the earning potential of a quarter of land today, in some market circumstances. With today's corn yields and prices (172.3 bushels per acre U.S. average and $6.70 per bushel), 160 acres can bring in $184,497 in annual revenue. But if we assume the long-term price of corn drops to $3.15 (very possible!), then the annual revenue from 160 acres today is right in line with the equivalent dollars from 1913. There would be less physical labor involved and better insurance opportunities, but approximately the same amount of revenue.

When I asked Rayma Volkmer, a ranger at the Homestead National Historical Park near Beatrice, Nebraska, what the equivalent offer today would have to be to match the government's homesteading offer back in the 1800s, she seemed a little horrified by my mercenary obsession with the economics of the deal. "When they filed a claim, settlers weren't rubbing their hands together thinking 'I'll be rich,'" Volkmer assured me. "They were simply drawn by the opportunity to have something that's 'yours.' It wasn't the number of acres, it was the idea of having something to call your own, coming from parts of the world where that was never possible."

In fact, not even the government was thinking about the economics -- at least not originally. Apparently, no one in Washington sat down and calculated whether the expected agricultural production off of 160 acres would be enough to send a family into prosperity ... or poverty. It just happened to be the number of acres in one-fourth of one square mile, and they just wanted to get some population scattered around across the landscape. When, as it turned out, 160 acres wasn't enough land to support a family in the Sandhills of Nebraska, for instance, or to support a stock-raising ranch, Congress passed several homesteading amendment acts to grant settlers 640 acres instead of 160.

Not everyone was successful, but many were. More than half of the homesteaders who filed a claim ultimately proved up on their land, and eventually 10% of U.S. land was given away under the Homestead Act.

There's nothing similar that could be offered today (except maybe the Mars challenge), and if it were, it may not get the same results. "People themselves have changed," Volkmer reminded me. "We're not the people our ancestors were -- for good and bad." But if an offer like this was made today, we'd need to remember that there's more to it than just the money. "Why in the world would you want to drag your family out to live in the middle of nowhere without electricity? You have to consider not only where the settlers were going to, but more importantly, where they were coming from. It must have been a more attractive proposition than staying where they were."

I asked Volkmer if she would do it; would she hack a living out of the bare earth for five years in exchange for "free" land? "Me personally, I would jump at the opportunity. I would do it in a minute. I wouldn't care that I was getting 'only' 160 acres. It would be more about the sense of adventure."

Well, as for me, I maintain that it would take a lot more than a single quarter of western rangeland to tempt me out amid the wolves, mountain lions, prairie fires and blizzards for five straight years without the aid of diesel machinery or established roads and utilities, but that may just be because I'm too fixated on the math and the money. And it may be because my baseline alternative life right now is too cushy to send me off looking for something better. I'm not sure what the number of acres would have to be for me, but it'd have to be a little more than that. 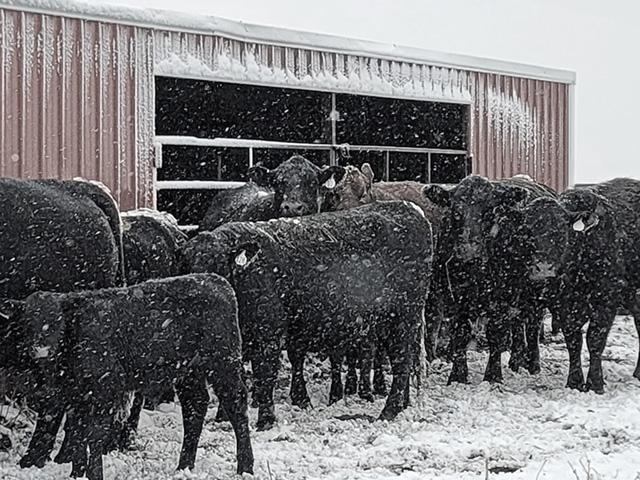