For much of the world, beef production into the first quarter of 2023 is expected to continue to be on the decline. Add to that strong demand, especially for USDA Prime and premium Choice beef, and there's little reason to expect any significant cooling of this red-hot beef market anytime soon.

A new Global Beef Quarterly Q4 2022 report from analysts at RaboResearch Food & Agribusiness (Rabo) anticipates falling beef production in Europe and the U.S. but growing to flat production in Australia, Brazil and China. The strength of the U.S. dollar (USD), meanwhile, has favored exporting countries, with prices generally dropping in USD terms. This has allowed the U.S. to reclaim the top spot for the most-expensive cattle.

Traditionally, when U.S. production declines, retailers and restaurants look to the global marketplace to fill their needs. But today's wide price spread between USDA Prime and premium Choice beef, may force some shifts in buying habits as end-users maintain a "risk premium" in the market in anticipation of tighter beef supplies and even higher prices.

Lance Zimmerman, senior animal protein analyst at Rabo, told DTN that during the pandemic, the market for higher-quality beef expanded more into the retail side than it ever had before. That created competition between retail and foodservice for top-quality beef.

"The U.S. consumer realized there was an amazing eating experience available for them to have at home, and that really broadened the marketability for that high-quality product," he explained.

"The adage, 'Expensive, But Worth It,' really does apply here. In an environment where beef, pork and poultry are all at, or near, all-time-high price points, the consumer wants a product that will deliver on that price point. Higher-quality beef delivers. Part of the reason we are seeing record premiums today goes to the idea that consumers want this high-quality product to continue to be available in their grocery stores."

But Zimmerman stressed high price points are not all demand related. He noted the 11,000-carcass shortfall per week, year to date, compared to 2021, for that product.

"Supplies are certainly going to tighten more going forward as the market realizes the last four years of cow herd contraction," he added. "Spreads for higher-quality product will remain wider than normal during peak demand periods. A 2023 recession could blunt some of those price highs, but expect elevated premiums to remain."

While U.S. beef exports have been nothing short of phenomenal in 2022, Zimmerman said a pullback may be ahead as U.S consumers show they are willing to bid more to keep product at home.

At publication time, U.S. exports were expected to be nearly 13% of production for 2022 -- approaching 3.4 billion pounds total. Strong purchasing power in Japan, South Korea and China has been driving those numbers. But there are headwinds looking to 2023.

"China remains focused on maintaining its zero-COVID policy, which is probably holding back opportunities there," said Zimmerman. "Also, the U.S. dollar, compared to other foreign currencies, continues to get more expensive. The U.S. dollar, for example, is at a 30% premium to the Japanese Yen, compared to this time last year. Next year, we believe U.S. prices continue to find support, as supplies tighten."

On the import side, the Rabo analysts anticipate U.S. numbers will see their largest increase since 2014, a point at which the U.S. cow herd was just entering a rebuilding phase. New import records may well be set over the next four years.

According to the report, a decline in U.S. beef production will not be met by production growth in other major exporting countries. This is without considering any other increases in global demand over the same period. Consumers, then, will need to pay to access the available supply, and given the supply pressures in many markets, this could create a strong upside to prices and the redistribution of trade volumes.

In fourth-quarter 2022, cow and heifer slaughter finished at the highest level since 2000, at 17.6 million head. Beef cow liquidation alone is up 11.7% year to date, and heifer liquidation is up 4.9% through September with 9,000 more head each week than year-earlier levels.

Zimmerman said it's important to note that expansion and liquidation phases in the traditional U.S. cattle cycle "always have longer tails than we'd like to think." He added that both environmental factors and economics will remain the driving factors as to size of the U.S. cow herd.

"While economics are slowly improving, higher feed and forage costs are challenging that. Obviously, that is the environmental side of things coming into play to some extent," he noted. "Long-run weather patterns suggest that we remain in a contraction phase through most of 2023. If weather patterns finally become favorable for expansion in 2024, that means heifers retained in 2024 and 2025 will take away from beef production those years, based on production lags."

Asked if the corner on rebuilding could be turned sooner, as it was in 2014, Zimmerman stressed that the cow herd expansion seen between 2014 and 2018 was one of the most aggressive rebuilds in industry history.

"It came with a major consequence," he added. "The cow-calf segment rebuilt to a level that overwhelmed the packing capacity that was waiting for those new calves on the other side. Today, if the processing segment continues to make gains, and the planned new builds and expansions on the books come to fruition, then I think a faster cow herd rebuild is possible."

That said, he countered that he would not be shocked if the cow-calf segment was more cautious this time around after the chaos and volatility that came when the previous cattle cycle priced in its lows all the way back in the fall of 2016.

"The market was a struggle for the next few years that followed, as more supply kept coming onto the market, and then the pandemic slowed things down some more," he said. "Market prices and time will determine what ultimately happens over the next few years, but we all recognize that rain, and a lot of it, is the first step toward kick-starting the next expansion." 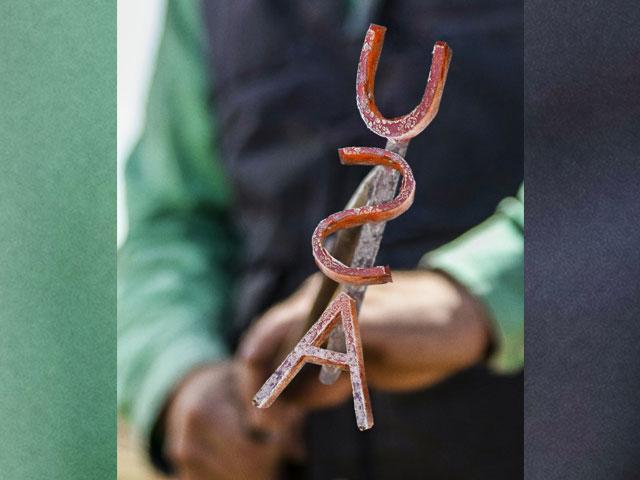