When a slick, soggy young bull struts through the sale ring, it is pretty hard to keep your hand down. No doubt, fat sells. But increasingly, both cattle producers and researchers are seeing there's a lot to gain from bull development programs that emphasize a leaner approach. To keep it simple, lean bulls are fertile bulls.

Gary Greene, Louisiana veterinarian and theriogenologist (reproductive specialist), explains that fat deposits in a bull's scrotum cause scrotal insulation. And no one will argue that this is a less-than-stellar environment for sperm development.

The ideal temperature for sperm development is several degrees below body temperature, explains Greene. This means the scrotum needs to stay cooler than the rest of the bull, and that isn't easy to do with an extra layer of fat.

"In humans, they've shown that if you have couples where the man is overweight, the couples have a hard time getting pregnant," says Fontes. He adds that in addition to conception difficulties, the effects of overweight males may have additional negative effects even post-conception.

"They sometimes see poor embryo development when they do in vitro fertilization (IVF) to treat infertility and the sperm is from an overweight male," he says, adding he has heard industry complaints about over-conditioned bulls sold through central test stations.

For Fontes, all of this data convinced him to use a grant from the Georgia Commodity Commission to do two trials on the matter.

In the first trial, 3- to 5-year-old Angus and Hereford bulls were fed for 120 days. Some were fed for maintenance, some for gains of 4 pounds per day. The trial was repeated with yearling bulls this past spring.

With mature bulls, Fontes saw no major differences in standard sperm evaluations. These evaluations are similar to breeding soundness exams (BSE) in the field. There were also no differences between treatments in scrotal temperature. When Fontes used more sophisticated methods and equipment, only very slight negative quality differences began to show up in the semen from over-conditioned bulls.

Frozen semen was then shipped to the University of Florida, where it was used in IVF cycles. At that point, semen from bulls fed for high gains showed a significant decrease in embryo development.

With younger bulls, around 15 to 16 months old at the end of the trial, Fontes reported he hasn't seen any differences in sperm quality but says the IVF work hasn't been done yet for that group.

"Young bulls grow differently than mature bulls," he explains. "They're putting on more muscle, whereas when mature bulls get fed a high-energy diet, they just put on fat."

In addition to sperm tests, Fontes did carcass ultrasounds during the trials on both mature bulls and young bulls. This backed up his findings that provided mature bulls put on more fat when fed a high-energy diet.

For all that he's learned, Fontes says more work needs to be done. Thanks to the USDA grant, he is going to test more than twice the number of bulls this coming year, around 50 rather than 24. They'll all be Angus to remove the possibility of breed differences, and half siblings, to help take out more of the genetic variation.

In these trials, the bulls will also be a few months older than the ones tested last spring, with them finishing the test at around 17 months of age.

"I think what's happening with those young bulls is we're not getting them as fat as some bull development stations are. That may be why we're not seeing a difference yet. Next year, because they're going to be a little older, they're going to represent some of these over-conditioned bulls we see in the industry. Once they reach enough height or frame, they start depositing more fat and I think that might be where the issue starts rising. So that's one of the reasons we're going to carry them a little bit longer."

In addition to the IVF work, the bulls will be mated to cows and pregnancy data collected.

Greene, who is also an Angus breeder, agrees with Fontes on the sweet spot in bull development. In the operation he runs with son, Matt, also a veterinarian, they aim for 2.5 to 3.0 pounds a day for young, developing bulls.

But it's not as simple as that. Greene adds, "On the other hand, robust growth early in development, pre-weaning, is beneficial in scrotal circumference size. Young bulls need to have a good source of nutrition."

With that in mind, the Greenes fall calve on high-quality ryegrass, where calves can both graze and gain from their dams' milk production.

"We don't creep feed, but the ryegrass here is great feed for developing bulls. The calves have super nutrition," he says, adding they also feed grass hay as needed.

After weaning, and before winter grazing is available again, the Greenes rely on ryegrass baleage.

"We don't have grain resources down here, and ryegrass baleage is a great asset to us," says the producer.

In the summer, depending on how the baleage tests, they formulate a total mixed ration (TMR) to go along with the baleage, targeting gains of around 3 pounds a day.

To meet demand from their commercial customers, many of whom have gone to fall calving, Greene says they are moving their annual bull sale from spring to fall. That means they'll be selling bulls that are approaching the 2-year-old mark, rather than long yearlings. They will continue to shoot for moderate gains, though, so while these older bulls will have more frame and weight, they won't have more fat cover.

That's what Fontes likes to hear, even though he knows it's hard to move most producers off of the idea that heavier is always better when it comes to a bull.

"Producers do have a preference for heavier bulls, and there are development programs that try to meet that demand. We want bulls that look good. From a practical standpoint, though, we're just trying to better understand to what extent that influences fertility." 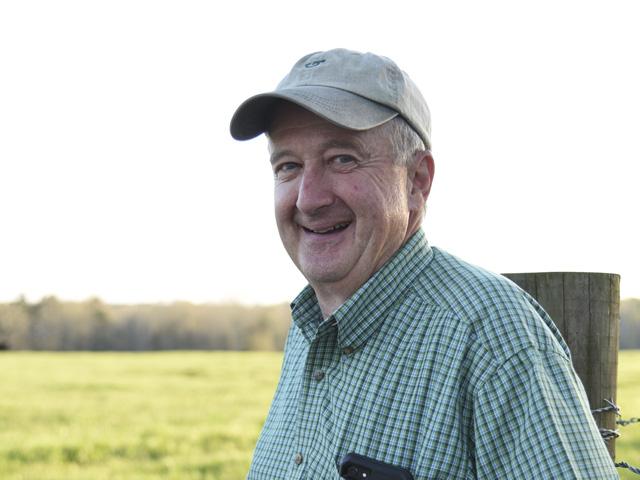