Mexico may soon join a growing list of countries that ban the importation of genetically modified (GM) corn, potentially affecting prices and economies both in that country and in all of North America.

Asked about the ban, DTN Lead Analyst Todd Hultman said the U.S. corn industry is understandably concerned about the possibility. He noted Mexico has been the largest importer of U.S. corn in recent years before being pushed to second place by China the last two seasons.

"In the season that just ended (2021-22), the U.S. Census Bureau showed Mexico imported 662 million bushels of U.S. corn, worth $5.09 billion," he said. "A small share of that corn, possibly 20%, was white corn for human consumption. The bulk of Mexico's imports are intended as feed for livestock. It does not seem likely the ban would be extended to livestock feed, but Mexican officials have not yet clarified their position, making many in the U.S. nervous about the new policy. It should also make Mexican producers concerned about how they are supposed to feed livestock without readily available corn."

Hultman said that if Mexico does phase out GM corn imports for livestock feed, the ensuing loss of over 500 million bushels of corn exports per year would have a "significant bearish impact on U.S. corn prices, perhaps as much as a dollar a bushel lower."

An economic analysis sponsored by agricultural and biotech organizations across the country and prepared by World Perspectives Inc. of Virginia, was just released by Biotechnology Innovation. The analysis states the proposed ban would adversely affect food security in North America and raise prices for consumers over the next 10 years.

Today, North America produces more than one-third of the world's corn, most of it GM varieties. The impact of Mexico's planned ban states the report, "would be felt deeply and broadly." The report estimates the ban would cause the U.S. economy to lose $73.89 billion in economic output, and Gross Domestic Product (GDP) would contract by $30.55 billion (both over a 10-year period). In addition, the U.S. would lose 32,217 jobs annually, with labor income falling $18.38 billion.

For the U.S. corn industry, the economic loss in just the first year of a ban would be an estimated $3.56 billion, followed by a $5.56 billion loss the second year. Over a 10-year time frame, the industry would see a $13.61 billion loss.

In addition to these economic outcomes, the report noted there would have to be massive changes in the U.S. grain handling industry to segregate and preserve the identity of non-GM grains.

"The U.S. grain handling industry, which currently handles non-GM grain via a 'segregation within bulk' strategy, would likely eventually shift to a bifurcated system in which GM and non-GM grain is handled by specific, separate facilities," states the report. The cost for this segregation and identity preservation is estimated at 29.5 cents per bushel (in 2022 dollars), with the analysts noting this would create an $11.8 billion added burden for the U.S. grain industry. That cost would be passed to Mexican importers, adding a $971.9 million additional cost to Mexico.

Canada's corn sector would also experience negative ramifications from such a ban, with the report estimating losses to their corn sector at $33.94 million in farm revenue over 10 years. The Canadian economy, the data stated, could lose $92.85 million in economic output.

MEXICO HIT HARDEST BY THE SHIFT

Perhaps the strongest negative waves from a complete ban on GM corn imports by Mexico would be felt in that country and by its people. The report projects GDP for Mexico would fall by $11.72 billion over 10 years, and that economic output would be reduced by $19.39 billion. There would be an annual loss of $56,958 jobs and reduced labor income of $2.99 billion.

In the first year of the ban, the report projected, non-GM corn prices would go up 48%, to $8.14 per bushel, assuming supplies could be found. Mexico would pay an additional $571 million for imported corn.

"The GM corn ban may be intended to assist corn farms," stated the report, "but its impact on food prices would adversely impact most of the Mexican population, especially the nearly half the population (55.7 million people) considered to be living in poverty."

The report added that should Mexico pursue this policy, it would violate its USMCA obligations and could lead to retaliatory responses by the U.S. and Canada. That would create even more negative impacts, but those are not considered in the research at this point.

Other areas the report projects would experience negative impacts as a result of such a ban would include: the U.S. Rail Transportation Industry, the U.S. Ethanol Industry, the U.S. corn wet milling industry, future genetic technological innovation, environmental and sustainability goals, dietary needs, and even immigration (here the report noted that the last time an ag transformation of this level took place in Mexico was the Ejido reform in 1992, after which an average of 400,000 Mexicans migrated to the U.S. annually for the next five years).

To see the report in its entirety, go to: https://www.bio.org/…. 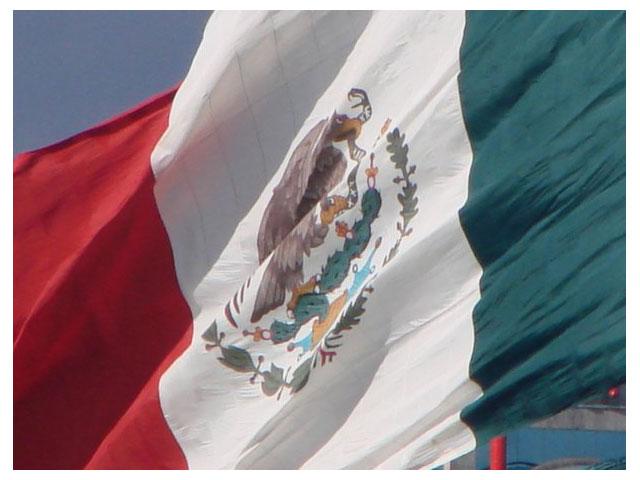