I know it's hard to believe, but with the coming and going of the first of July, we are now officially into the second half of the year, which brings a new case before the cattle market. In the first half of the year, we often wonder things like: What will the spring high be for fat cattle? What will the early feeder cattle sales do? How will cull-cow prices perform in late April/early May?

But as our attention now shifts to the third and fourth quarters of the year, and knowing that 2022 has proven to us that seasonality again doesn't matter this year, we are left to wonder: What could be in store for the remaining days of 2022?

When I look at the market and how it's performed over the last several months, my eyes can't help but be fixated on beef cow slaughter, strong demand for the early feeder cattle sales, excellent throughput and strong export demand amid higher beef imports. But regardless of how the market performed earlier this year, July is a crucial month for both the live cattle and feeder cattle markets. For both markets, it serves as a bit of a free-falling, rule-less time, as neither market has a July contract and has to wait until August for prices to coagulate with the board. But throughout the month, market participants will be closely watching and monitoring the market's developments (especially in the forms of slaughter speeds, feeder cattle sales, moisture and crop advancements) as these factors can lend meaningful insight as to how the market will perform later in the year. Let's break down some of these factors to discuss what their outcome could be in the latter half of the year.

First, let's start with beef cow slaughter. This highlight of the 2022 cattle market comes as no surprise to anyone, as it's been one of the greatest influencers of the 2021/2022 market. Based on the most recent federally inspected cow slaughter data, thus far in 2022, the market has processed 1,882,500 head of beef cows, which is 14% more than a year ago, and 28% higher than the market's five-year average for this time. Beef cow slaughter data is a mixed bag to analyze. It's a tough pill to swallow when you realize that a sizeable percentage of cattlemen that have marketed their cows due to either higher input costs or drought will not be returning to the market. But when you look at the data and realize what opportunity this presents cow-calf producers who are still in the game -- your eyes widen.

We started to see the numbers of beef cows declining between 2019 and 2020, but the rate at which they've been culled and processed over the last year is historic. As cattlemen understand the cattle market's timing and its cycles, they know that fewer numbers of beef cows mean there will be fewer numbers of calves in the market and consequently higher prices to yearn for as demand outweighs supply and drives prices higher.

But what will fewer numbers of beef cows in the market do to cull cow prices this fall? The cull cow market usually peaks in the spring and is the lowest in the fall, as close to 75% of the cow-calf producers in the U.S. are spring-calvers and market their dry/open cows in the fall. It's likely that cull cow prices will see some pressure when cows flood sale barns this fall. But it's unlikely that they'll see the price ding that they normally do, given there are starkly fewer cows in the market.

Second, processing speeds will be a big factor to watch throughout July/August to better understand how fat cattle prices will fare later into 2022. Last year was an unprecedented year for slaughter speeds, as the market held strong domestically for beef, and international demand was exceptional. Thus far into 2022, the market has processed roughly 13,453,00 pounds of beef, which is 1% higher than a year ago. On July 12, the market will see another new WASDE report shared, which will give insight into both processing speed/demand for the latter half of the year. But given that supplies are expected to lessen in the latter part of the third quarter and in the fourth quarter, production may also lessen.

The timeliness of when processing speeds begin to wane will be worth monitoring. If speeds begin to wane come July, then showlists will grow and fat cattle prices will likely be trapped in a sideways/somewhat lower trend until the glut of supplies is worked through. But if processing speeds remain aggressive through July and into August, then calf-fed fats will be worked through quickly, and the market will begin to be able to advance the cash market again.

And, lastly, feeder cattle prices will be a gambit worth paying extra attention to from now and well into 2023. The market has seen a strong test of early feeder cattle sales this summer, and the biggest conclusion has been that prices are going to be higher. The market easily saw $20 to $30 per hundredweight more than in the 2021 early sales, and in some cases, even more than that. It was noted in most of the sales that heavier-weighted cattle were bringing an extra premium, as buyers can justify the added expense as a way to avoid paying for more time on feed. Monitoring drought conditions and our nation's corn crop development will also play hand in hand with the feeder cattle market's ability to rally.

The cattle market played a stiff hand in the first half of 2022. If the market can maintain aggressive slaughter speeds, continue to see strong beef demand, and receive the needed moisture for hay and corn crops -- then the market sits ripe for a strong second half. But as all know too well, a wrinkle in any of these segments can throw a big monkey wrench into the entire market. 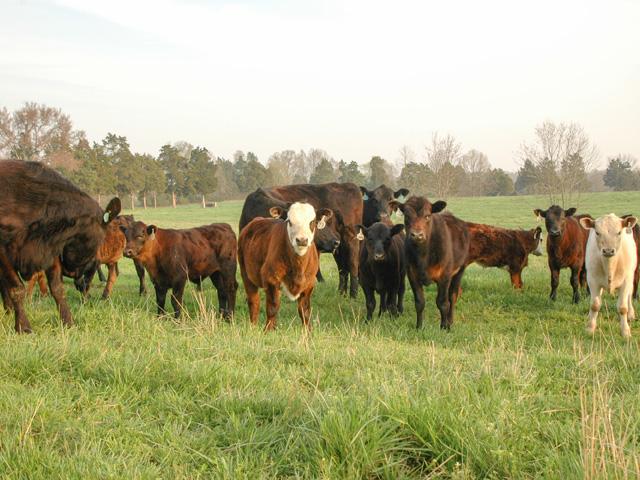